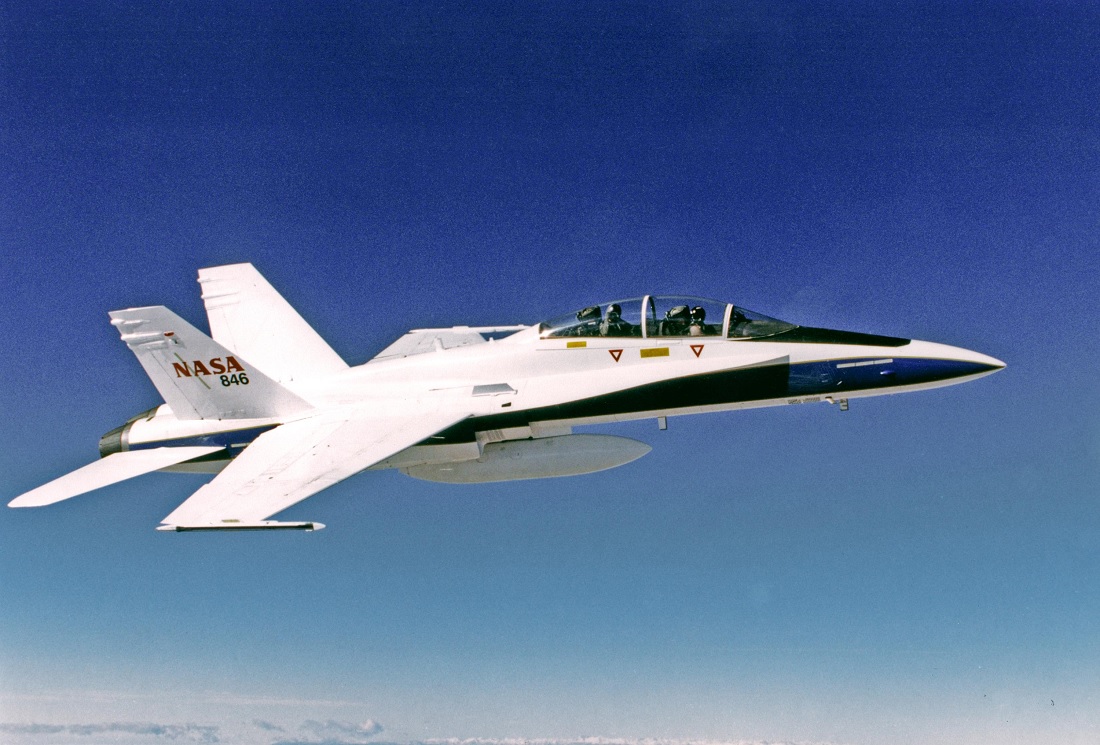 According to the news release the 300-pound wing section was removed from an F/A-18 at NASA Armstrong in Edwards, California, enabling the team to prove a full wing section could be folded using a newly developed nickel-titanium-hafnium high temperature SMA torque-tube actuator, capable of applying 5,000-inch-pounds of torque.

Beginning at the horizontal position, the SMA mechanism was electrically heated and cooled on command to allow the wing to move 90 degrees up and down. More importantly, researchers were able to move the wing section to any selected position within that sweep with very precise control.

Testing using SMA actuators and the F/A-18 wing at NASA Glenn will continue in the future. The next step is to increase the SMA torque capability to 20,000-inch-pounds, which will include both the leading and trailing edges of the wing section.

As explained in the following video, this successful test is another milestone for NASA’s Spanwise Adaptive Wing Project, which is studying the in-flight bending or shaping sections of an aircraft’s wings. The ability to shape wings could increase aircraft performance by reducing weight and drag, while improving aircraft control. 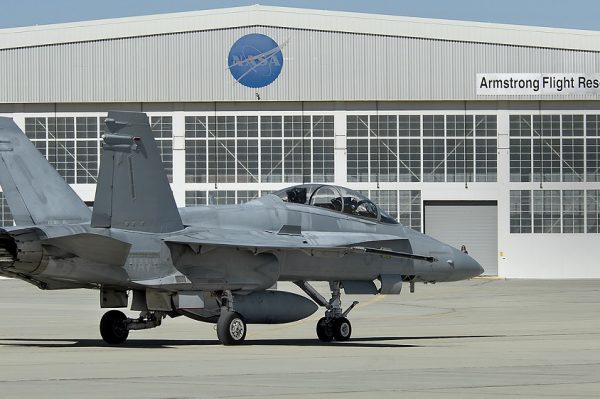 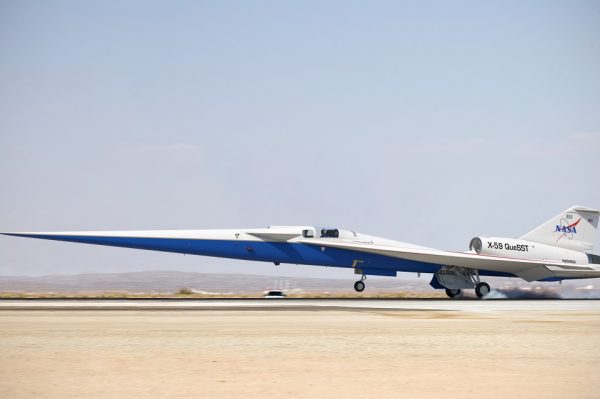 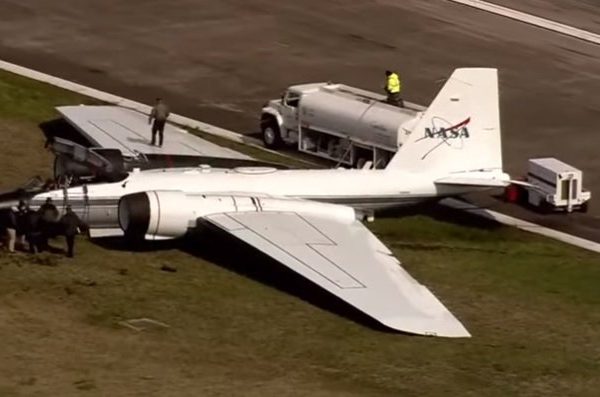