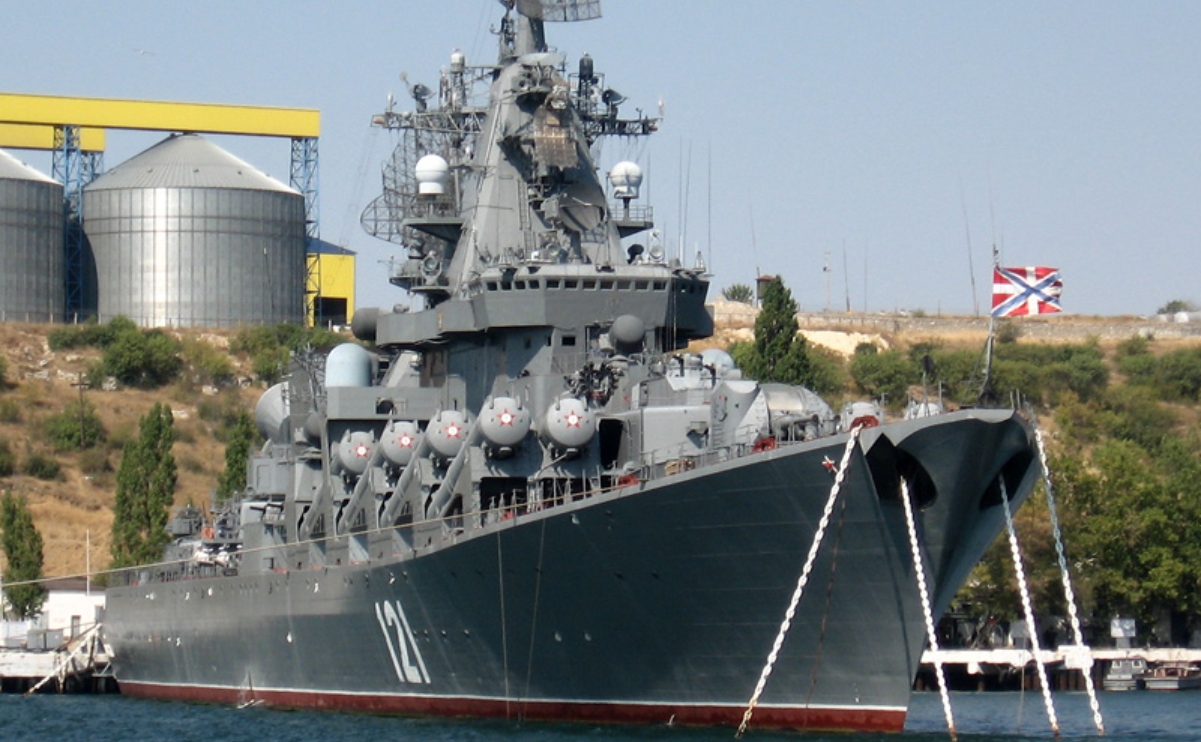 RTS Moskva (121), the flagship of Russia’s Black Sea Fleet, that was damaged by an explosion on Apr. 13, 2022 has sunk, Russia’s defence ministry has said.

RTS Moskva (121), the flagship of Russia’s Black Sea Fleet, that was damaged by an explosion on Apr. 13, 2022 has sunk, Russia’s defence ministry has said.

According to a ministry message, Moskva, was being towed to port when “stormy seas” caused it to sink.

The 510-crew missile cruiser was a symbol of Russia’s military power, leading its naval assault on Ukraine.

As already reported, Ukrainian officials claimed that shore-based anti-ship guided missiles hit Moskva which had been operating from the Black Sea Fleet’s headquarters in Sevastopol, Crimea.

Moscow has not reported any attack. It says the vessel sank after a fire.

As reported by BBC, Russia said that the blaze caused the explosion of the warship’s ammunition, adding that the entire crew were later evacuated. It provided no further details.

“While being towed … towards the destined port, the vessel lost its balance due to damage sustained in the hull as fire broke out after ammunition exploded. Given the choppy seas, the vessel sank,” state news agency Tass quoted the Russian defence ministry as saying late on Apr. 14.

Russian state media initially said that the warship was afloat.

“It has been confirmed that the missile cruiser Moskva today went exactly where it was sent by our border guards on Snake Island!” Odesa governor Maksym Marchenko said in a Telegram message on Tuesday. “Neptune missiles guarding the Black Sea caused very serious damage to the Russian ship.”

On Feb. 24, the first day of Russia’s invasion of Ukraine, Moskva gained notoriety after calling on a small garrison of Ukrainian border troops defending Snake Island in the Black Sea to surrender – to which they memorably radioed an expletive-laden message of refusal.

The Slava class is a class of guided missile cruisers designed and constructed in the Soviet Union for the Soviet Navy, and currently operated by the Russian Navy.

Originally 10 ships were planned, but with the collapse of the Soviet Union only three were completed [along with Moskva, the two other Slavas are RTS Marshal Ustinov (055) and RFS Varyag (011) that have been operating in the Mediterranean].

According to USNI News, before Moskva, another Russian warship had been damaged in the nearly 50-day invasion of Ukraine: a landing ship sank off the port of Ukrainian city Berdiansk after being attacked by Ukrainian forces. 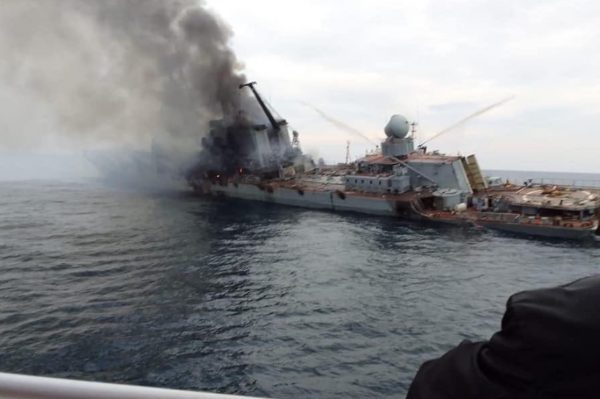