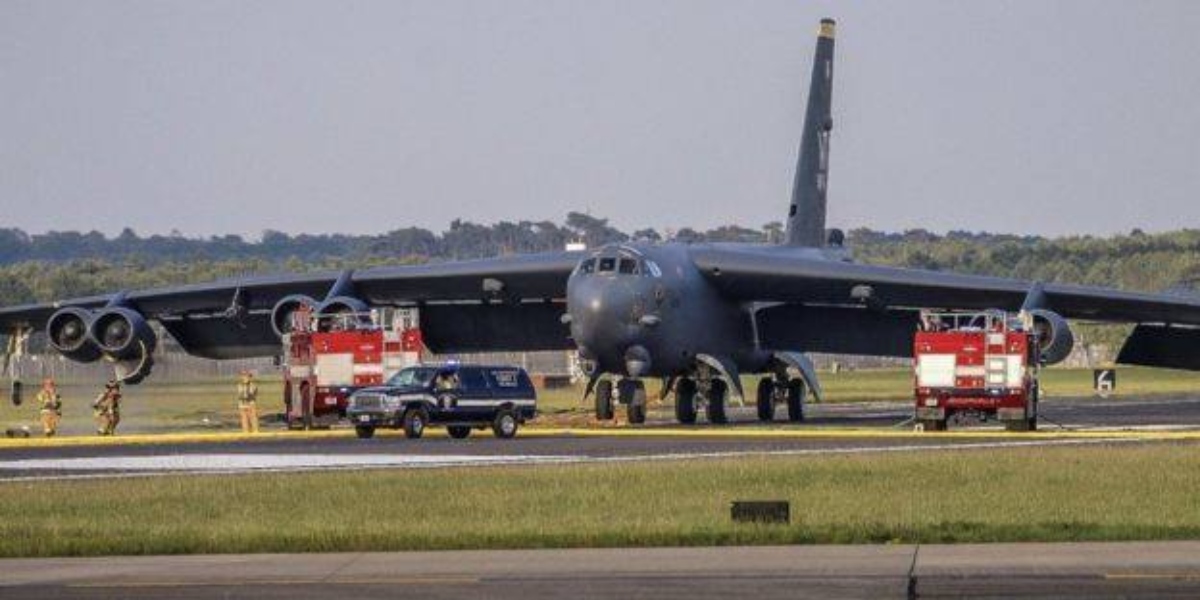 The BUFF with the call sign CAKE11 declared an emergency due to engine failure and circled at 14,000 feet over Cleeve, Churchdown, Ashchurch and Tewksebury Vale.

A US Air Force (USAF) B-52H Stratofortress strategic bomber from Minot Air Force Base (AFB) in North Dakota returning from a global power mission over the Middle East has diverted to RAF Fairford where it landed after a holding pattern over Gloucestershire and Worcestershire.

According to Gloucestershire Live, the BUFF (Big Ugly Fat F****r, as the B-52 is dubbed by its aircrews) with the call sign CAKE11 declared an emergency due to engine failure and circled at 14,000 feet over Cleeve, Churchdown, Ashchurch and Tewksebury Vale.

Aircraft enthusiasts who monitor RAF Fairford have followed the aircraft’s progress during its holding pattern in the Gloucetershire skies.

Video footage has also shown it overhead and it was initially reported by a pilot on Twitter who said: “CAKE11 B-52H 61-0001 has declared an emergency and is diverting to RAF Fairford due to an engine failure.

“I believe it’s an engine on the right wing. This Bomber is from Minot AFB ND and is flown by the 5th BW.”

As we know this is not the first time a B-52 does an emergency landing in the UK.

Last autumn, on Sep. 25, another BUFF performed an emergency landing at Fairford after squawking code 770 due to an ‘in-flight’ emergency over Gloucestershire. It happened while six of the bombers were stationed there.

On Jun. 17, 2019, another B-52H from Minot operating in the European theater, landed at RAF Mildenhall (UK) after experiencing an in-flight emergency.

That time witnesses reported seeing the plane circling overhead with two engines overheating (one having a small fire) and steering problems. It was then stated by various sources that two of the B-52H’s engines malfunctioned before touching down at Mildenhall’s runway. 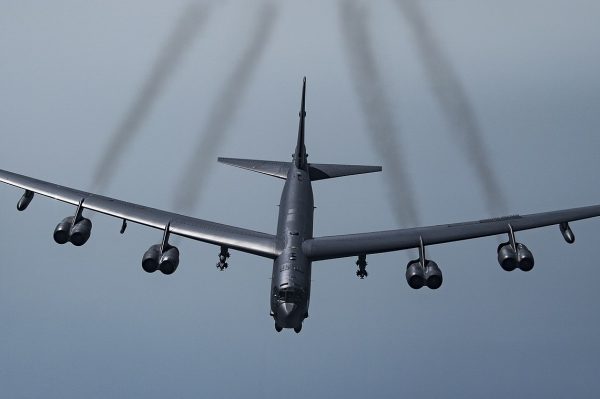 USAF B-52 bomber departed RAF Fairford at 11:37pm on Sunday Night and RTB at 10:52pm on Monday, spending almost 24 hours in the air 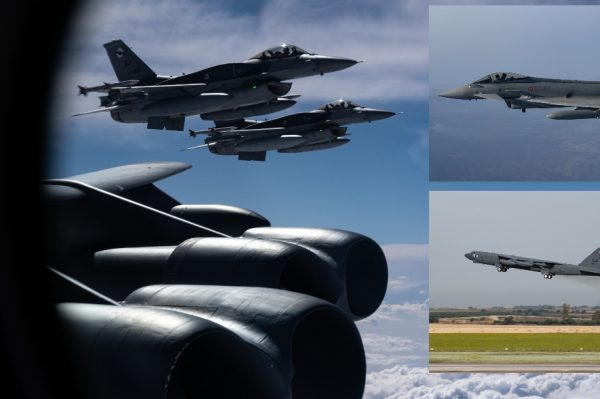