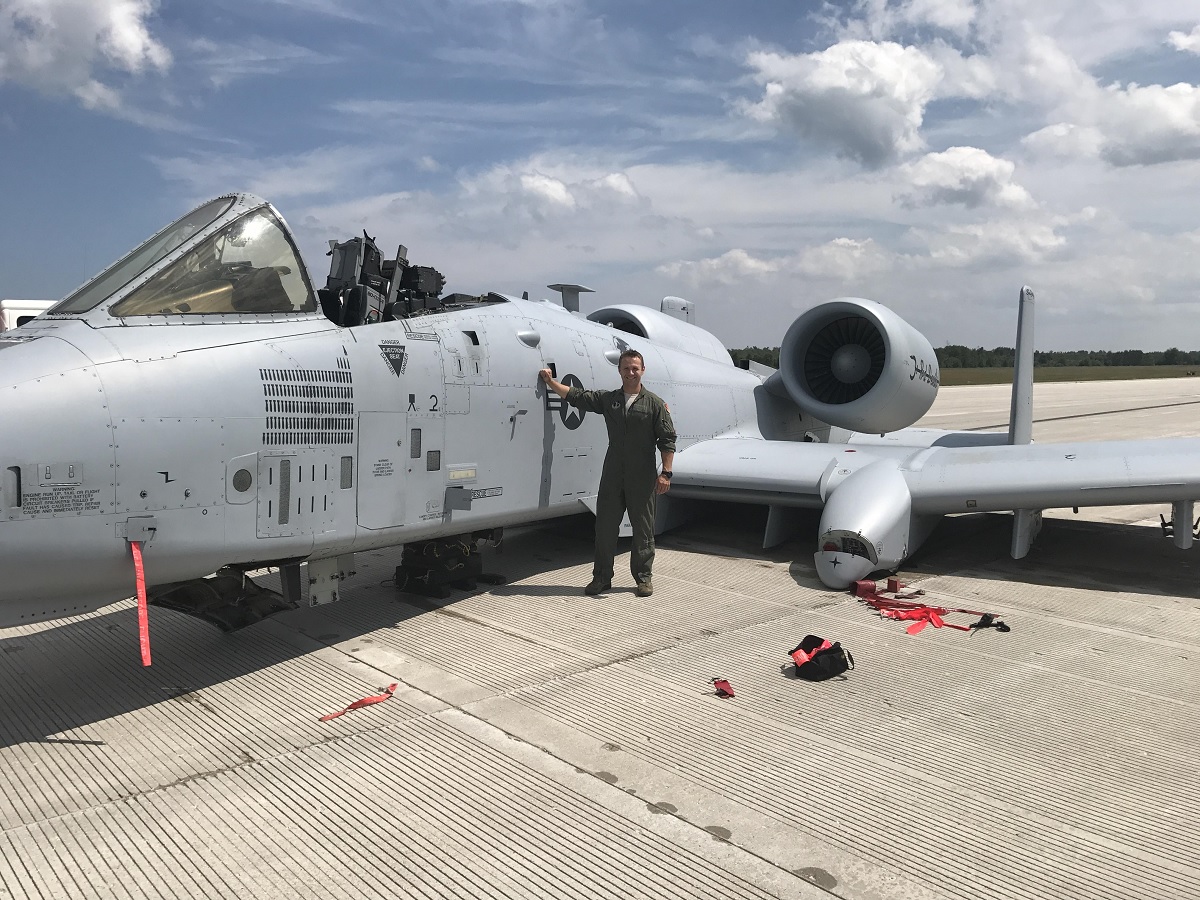 The training flight narrowly avoided catastrophe on July 20, 2017, when DeVries successfully landed his A-10 Thunderbolt II with neither a canopy nor fully engaged landing gear.

“The Distinguished Flying Cross is America’s oldest military aviation decoration,” Barrett said in a 127th Wing news release. “Awarded for heroism or extraordinary achievement that is, ‘entirely distinctive, involving operations that are not routine,’ today, Maj. DeVries, you will join the ranks of some other American heroes.”

The training flight narrowly avoided catastrophe on July 20, 2017, when DeVries successfully landed his A-10 Thunderbolt II with neither a canopy nor fully engaged landing gear.

“Maj. DeVries truly put service before self and demonstrated a level of airmanship to which we should all aspire,” said Brig. Gen. Rolf E. Mammen, 127th Wing commander, during the ceremony. The first award of the Distinguished Flying Cross was made to 10 Army Air Corps aviators for participation in the Army Pan American Flight, officially awarded May 2, 1927. The first presentation of the award was on June 11, 1927, when President Calvin Coolidge honored Charles Lindbergh for his first transatlantic solo flight.

While DeVries was flying the A-10 during the emergency, he relied heavily on his wingman, then-Maj. Shannon Vickers, and the maintenance team back at Selfridge Air National Guard Base. Mammen said DeVries had the entire Wing standing behind him.

“As a commander, I cannot tell you how proud I am of Maj. DeVries and our entire 127th Wing, who work so hard every day to ensure that we are ready to fly, fight and win,” Mammen said.

Thanks to its roughness, the Thunderbolt II can be serviced and operated from austere bases with limited facilities near battle areas. Many of the aircraft’s parts are interchangeable left and right, including the engines, main landing gear and vertical stabilizers. Avionics equipment includes multi-band communications; Global Positioning System and inertial navigations systems; infrared and electronic countermeasures against air-to-air and air-to-surface threats. And, it has a heads-up display to display flight and weapons delivery information. 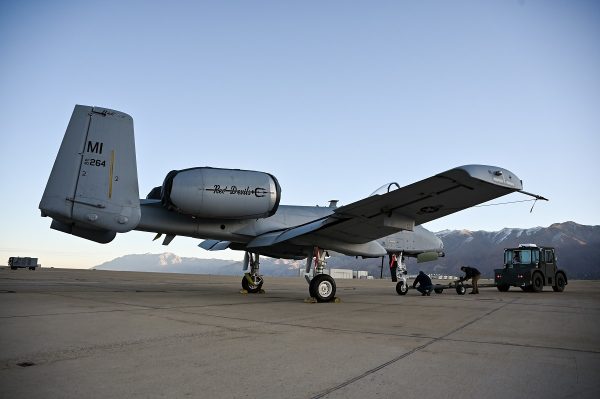 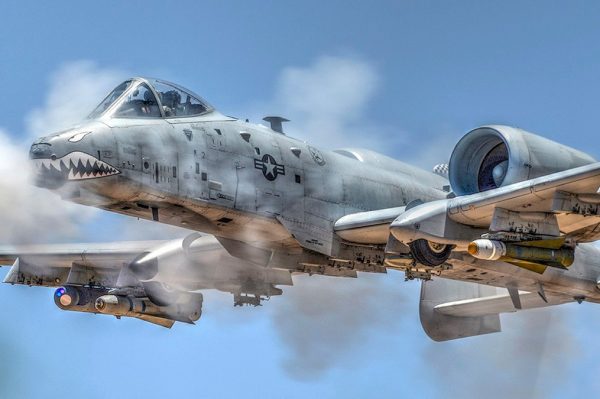