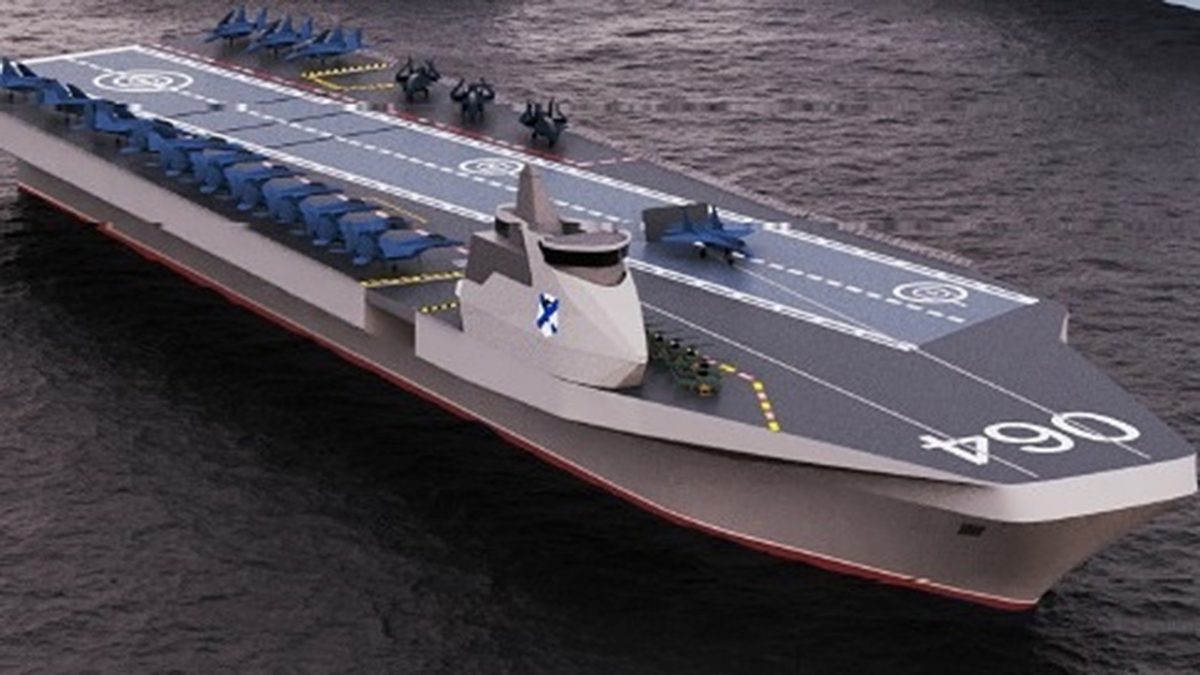 The “UMK Varan” is the latest Russian aircraft carrier concept unveiled by Nevskoe Design Bureau (PKB), part of Russia’s United Shipbuilding Corporation (USC) and one of the largest domestic developers of universal ships and the only designer of aircraft carriers and training complexes in Russia.

According to TASS the Varan is a universal sea ship (UMK) and is an aircraft-carrier concept featuring a high degree of automation and the possibility of using robotic systems. The flattop will be able to carry 24 multipurpose aircraft, six helicopters and up to 20 unmanned aerial vehicles.

A new universal landing ship (UDC) concept was also unveiled by Nevskoe. The UDC will have a displacement of about 30,000 tons, a length of about 220 m, a width of 42 m, and a draft at the waterline of 7 m. The UDC will be capable of speeds of about 24 knots and will be able to carry seven helicopters.

Currently Russia fields just one aircraft carrier, the Admiral Kuznetsov. The carrier has been undergoing repairs and maintenance since 2017, after completing a mission in the eastern Mediterranean, where the vessel took part in the country’s campaign in Syria.

On Oct. 30, 2018, Admiral Kuznetsov was damaged when Russia’s biggest floating dry dock, the PD-50, sank and one of the dock’s 70-ton cranes crashed onto the ship’s flight deck leaving behind a 200 square foot hole in the flight deck. One person was reported missing and four injured as the dry dock sank in Kola Bay. Admiral Kuznetsov was in the process of being removed from the dock when the accident happened, and was towed to a nearby yard after the accident. The cost for repairs of the damage was estimated to 70 million rubles (about 1 million dollars) and should not affect the timing of the currently underway overhaul and modernization of the ship. Although it is unclear how the overhaul and repair schedule would not be affected with the dry dock sunk.

The fallen crane was removed within two to three months. In late May 2019, seven months later, information posted on Digital Forensic Research Lab’s blog suggested that repair work of the aircraft carrier was underway.

On Dec. 12, 2019 during the aforementioned repair work while it was docked at the Barents Sea port of Murmansk a huge fire broke out on the aircraft carrier. The fire covered 600 square meters (6,460 square feet) of the Admiral Kuznetsov.

Admiral Kuznetsov was originally commissioned in the Soviet Navy, and was intended to be the lead ship of the two-ship Kuznetsov class. However, its sister ship Varyag was still incomplete when the Soviet Union collapsed in 1991. The second hull was eventually sold by Ukraine to the People’s Republic of China, completed in Dalian and commissioned as Liaoning. 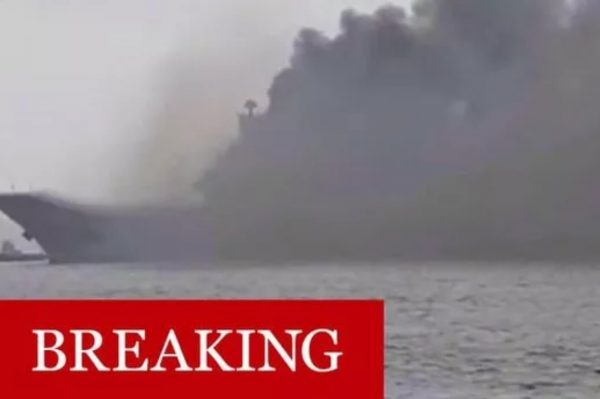 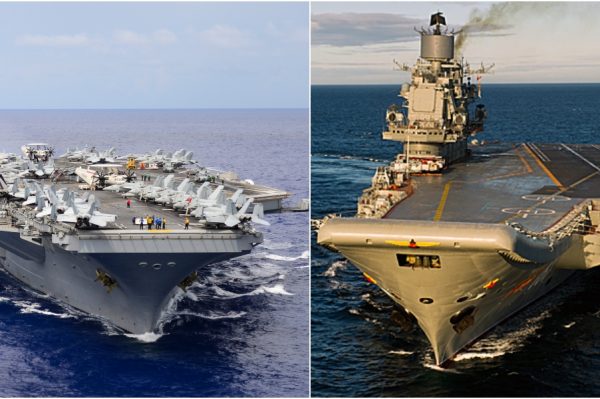