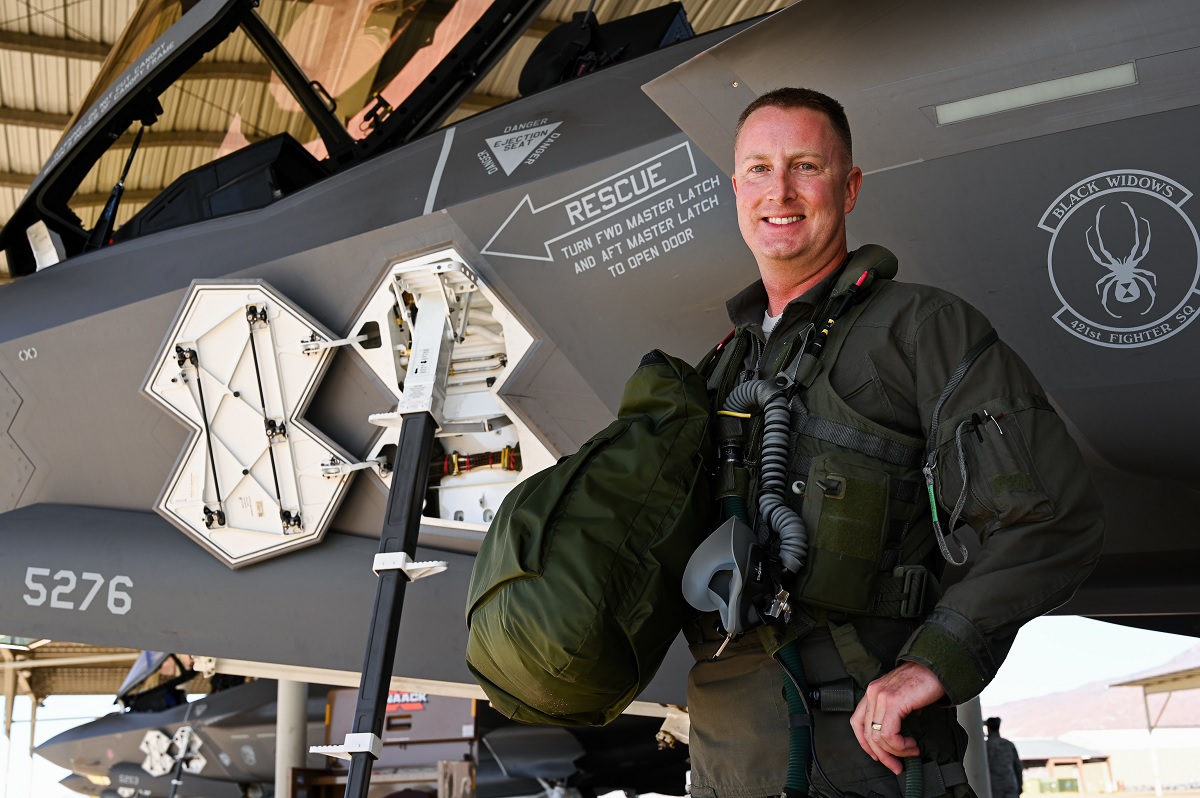 On Oct. 22, 2020 388th Fighter Wing pilots at Hill Air Force Base (AFB) flew a four-on-six tactical intercept mission over the Utah Test and Training Range in the F-35A Lightning II, using sensors and stealth to take on the enemy. The sortie lasted roughly two hours.

As told by Micah Garbarino, 388th Fighter Wing Public Affairs, in the article First USAF pilot hits 1,000 flying hours in F-35A, it would have been just like any of the thousands of other training sorties flown by pilots here, except it marked an important milestone for one of the pilots, and the Air Force’s F-35 community as a whole.

“This is an accomplishment for Vic, for us as a wing, and for the Air Force,” said Col. Steven Behmer, 388th Fighter Wing commander. “A relatively short time ago, the Air Force was standing this program up. Now we’ve got our first 1,000-hour-pilot. Pilots like Vic are able to pass that experience on to younger pilots in the F-35 community. They are really going to get the best out of this jet, which is already very capable, and continuing to improve.”

Santos, a former F-15 pilot and F-18 pilot, began flying the F-35 at Eglin AFB, and has been assigned to the 388th Fighter Wing for two years. He currently serves as the wing special projects manager, overseeing COVID-19 response and planning, as well as reorganization efforts.

Santos knew that he wanted to serve in the military like his father, uncle and grandfather, who served in the Army, Navy and Marine Corps. They, however, convinced him to join the Air Force.

“My dad let me use some of the money he had saved for college to get my private pilot’s license during my senior year of high school,” Santos said. “After a couple flights in a Cessna 172, I had caught the flying bug and was hooked.”

Santos graduated from the Air Force Academy in 2000. He had two assignments in the F-15C and accrued more than 1,200 hours. He then flew nearly 800 hours in the F/A-18 during an exchange program with the U.S. Marine Corps, before transitioning to the F-35A.

“I first flew the F-35 at Eglin. Back then we had block 1B software. We were constrained to .9 mach, 18 degree angle of attack, 5 Gs. We had no data link, either multi-function or Link 16,” Santos said.

With each additional production lot and software update the capabilities of the jet are continuing to expand, said Santos, who has also flown the F-35A in combat missions during the first-ever deployment with the wing’s 4th Fighter Squadron.

“But, it’s been exciting see the program progress to where we are today. The stealth and outstanding sensors really give this jet an edge. The analogy I use is: I’m not a great boxer, but if you blindfolded my opponent and gave me a gun, I’d win every time. The stealth is the blindfold, the sensors and weapons are the gun, and combined they make the F-35 an outstanding weapons system.”

Not only is the jet progressing, but so are the Airmen employing it, Santos said.

“Hitting 1,000 hours doesn’t mean I’m special. It just means I’m old,” Santos said. “One of the most exciting things about watching the F-35 community develop over the past 8 years has been, not only the advances in the aircraft, but seeing younger pilots fresh out of pilot training getting to fly it. I’m excited to watch how they mature the Panther into the future.”