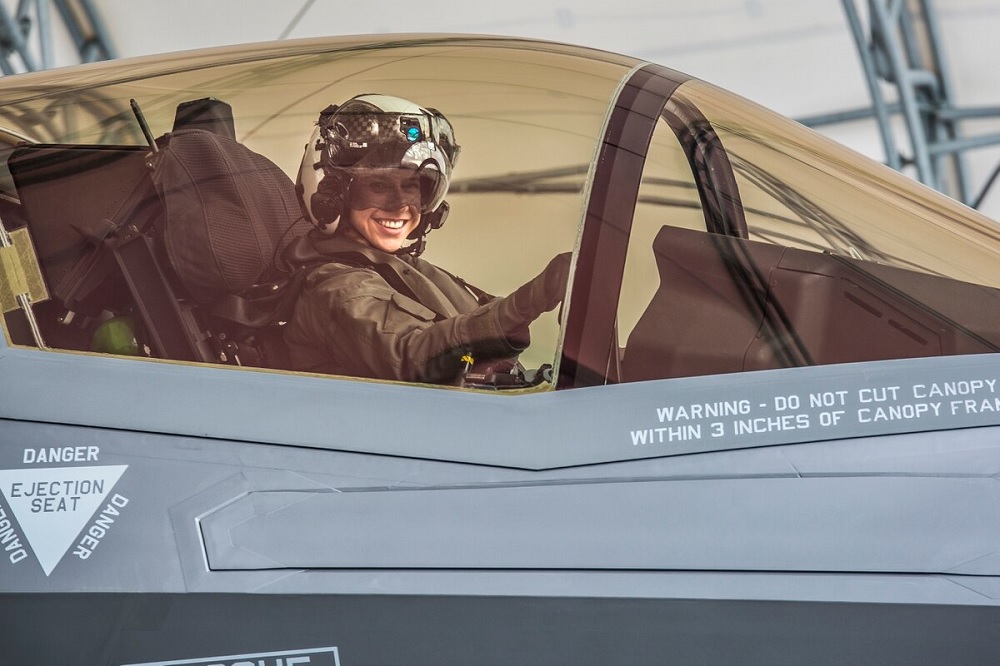 Marine Capt. Anneliese Satz has become the first female Marine F-35B pilot having completed the syllabus on the STOVL version of the Lightning II on Jun. 27, 2019 at the Marine Corps Air Station (MCAS) Beaufort, South Carolina.

It’s a historic feat for the U.S. Marine Corps (USMC), as she joins a relatively small field of Marine F-35 pilots.

As reported by Marine Times, the service’s high-tech stealth fighter pilots were only manned with 86 pilots as of February, according to data obtained through a government records request. The field is authorized to have 263 pilots.

Satz arrived at Beaufort, South Carolina, with Marine Fighter Attack Training Squadron 501 (VMFAT-501) in July 2018 and took her first flight in the F-35 in October, according to a Marine Corps release.

“The first flight in an F-35 is by yourself,” she said in the command release. “The syllabus thoroughly prepares you for that first time you take off and for every flight after that, it’s an exhilarating experience.”

She’s not new to flying, though: she earned her commercial pilot license flying a Robinson R44 Helicopter before becoming a Marine, according to a release.

Following that training she was assigned to VMFAT-501 to train on the F-35B.

“At each of my training schools I did my best,” Satz, said in a command release. “I truly believe that showing up prepared and working diligently are two major keys to success.”

Following completion of her F-35 syllabus in June she went to survival, evasion, resistance and escape (SERE) school and had a patching ceremony Aug. 2, Satz told Marine Corps Times.

Satz is now headed to Marine Fighter Attack Squadron 121, the Green Knights based out of Iwakuni, Japan, a release said.

“I’m very grateful for the instructors, the maintainers, and countless others at 501 who lent me their expertise and time while I was going through the syllabus,” Satz said in the command release.

Another female Marine, 1st Lt. Catherine Stark, has recently made history within the Corps’ F-35 community.

As previously reported in fact Stark has been selected to fly the F-35C, the first female USMC pilot to do so.

Stark had her aviation wings pinned on during a ceremony aboard Naval Air Station (NAS) Kingsville, Texas, following completion of flight school on Aug. 2, 2019. 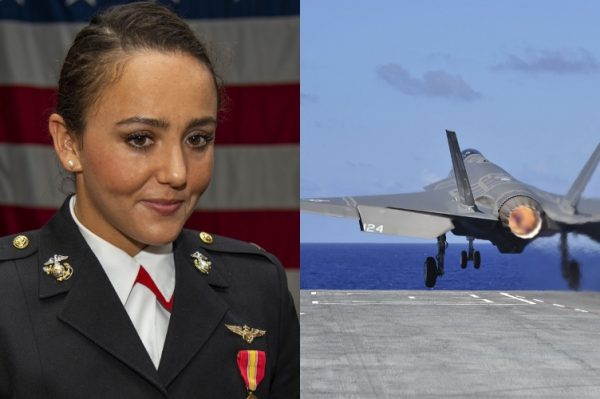