Log In Sign Up
Homepage Aviation HistoryMeet B-52 ‘Flak-Bait II,’ the BUFF named after the B-26 ‘Flak-Bait,’ the U.S. warplane that flew the most combat missions in World War II 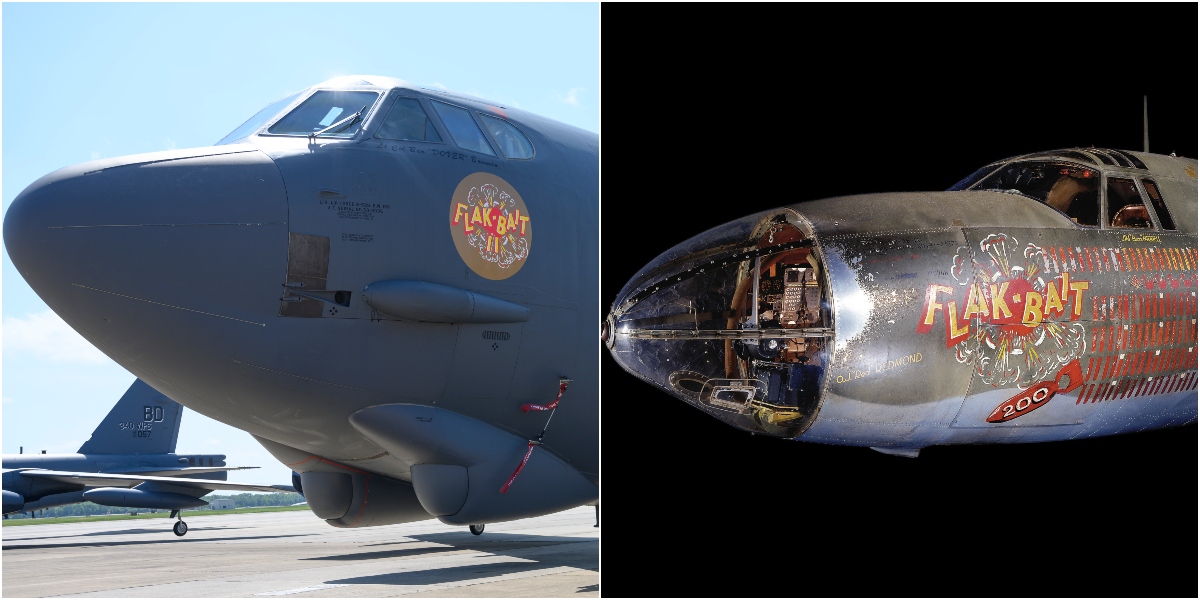 Flak-Bait II now shares a common name and heritage with the older bomber.

When World War II ended in 1945, a Martin B-26 Marauder named Flak-Bait had flown 207 missions — more than any other U.S. plane in the conflict.

But, as Master Sgt. Ted Daigle, 307th Bomb Wing, in the article Spirit of B-26 Marauder lives on at Barksdale AFB, its achievement was lost to history until three Barksdale Air Force Base crew chiefs named a B-52 Stratofortress after the record-setting B-26.

Flak-Bait lived up to its name during the war. It sustained hits on almost every mission, once having its hydraulics shot out, and twice losing its electrical system to German 88mm guns. On two other sorties, it returned home on only a single engine.

By war’s end, the bomber endured more than 1,000 strikes. Not a single panel on it had gone unscathed.

After the war, it was disassembled and shipped in crates to the National Air and Space Museum’s storage facility in Washington D.C. It remained in storage for decades, its name and history largely forgotten to current generations of bomber aircrew.

They started brainstorming and Rich inadvertently offered the name Flak-Bait, unaware of the B-26 and its history. Rich could not account for how he thought of the name.

“It was something that was just in my head,” he explained. “I was a big airplane buff as a kid, so maybe it was something I read about in my childhood.”

An internet search of the name opened up the crew chief’s eyes to the history of the bomber. They were hooked.

The Airmen decided to name the B-52 Flak-Bait II and re-create the nose art of the original plane. None of them had ever renamed a jet, and the name choice created some steps not found in the usual process.

The crew chiefs decided to contact the Smithsonian Air and Space Museum to see if they needed permission to use the name. They did not and the museum curator expressed enthusiasm for the idea.

Smithsonian officials directed Etheridge to Roberta Dow-Faulkenberry, a secretary at the B-26 Marauder Historical Society, for help in recreating Flak-Bait’s nose art.

Dow-Faulkenberry had studied Flak-Bait’s history since 1980. She has, by her estimation, completed several hundred hours of research on the bomber. She was happy to help when Etheridge reached out to her.

“It’s amazing that we are actually bringing our first-generation aircrew back into the light,” she said. “There aren’t very many of them left.”

Preservation of the original Flak-Bait started a few years ago at the Mary Baker Engen Restoration Hangar at the National Air and Space Museum’s Udvar-Hazy Center in Chantilly, Virginia. An idea to showcase Flak-Bait and Flak-Bait II together was floated, but the B-52 was too large to maneuver the center’s flight line. 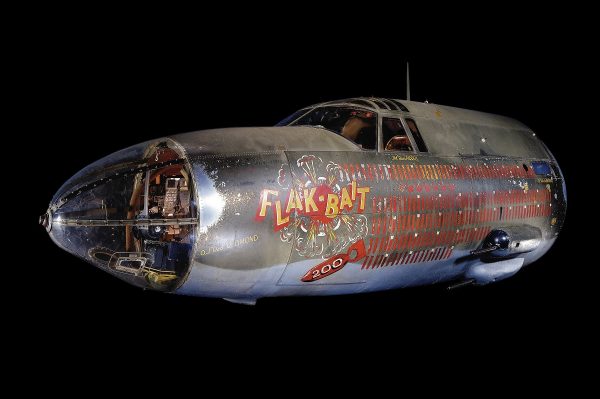 A detailed account of the restoration of B-26 Marauder ‘Flak-Bait’, the Only US warplane to Survive 200 Bombing Missions during World War II 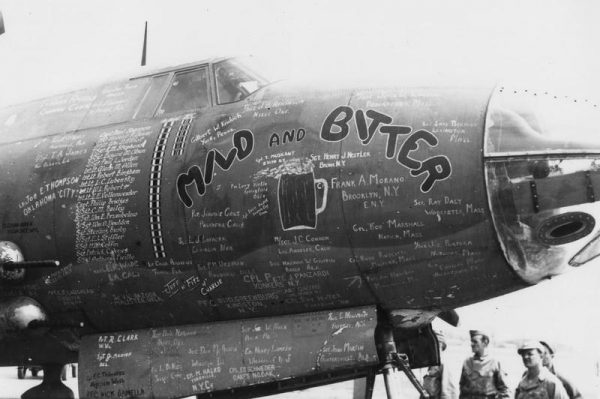