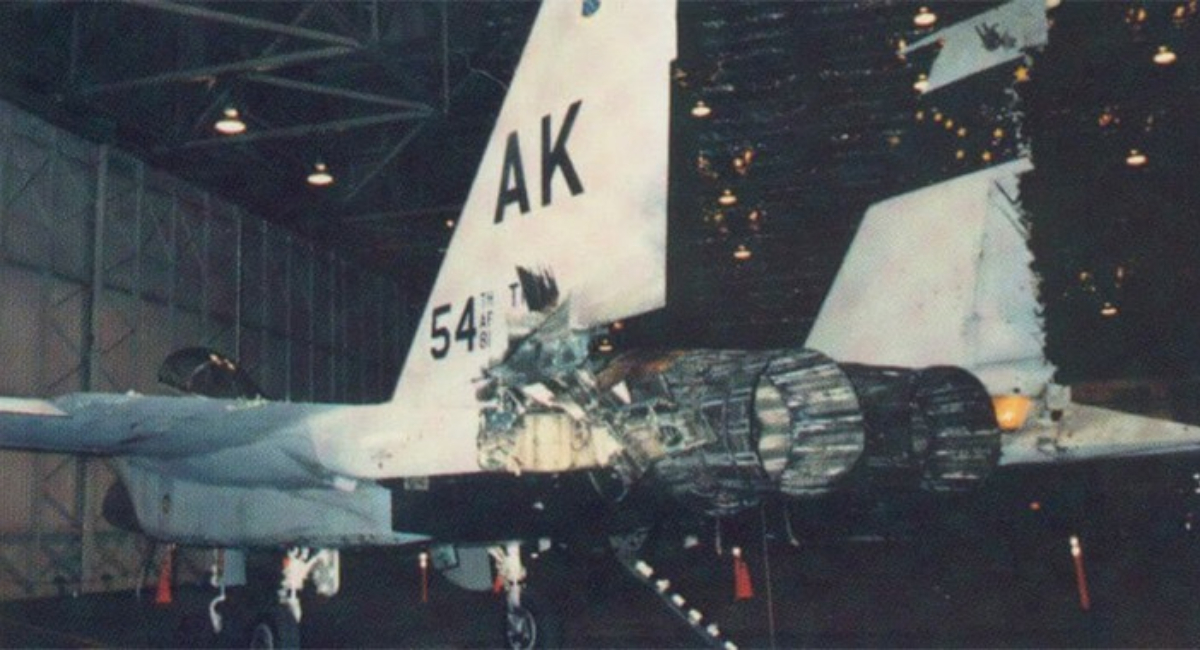 The unusual photo in this post features a USAF Elmendorf Air Force Base F-15 Eagle badly damaged after being accidentally hit by an AIM-9M Sidewinder missile fired by another USAF F-15.

Taken on Mar. 19, 1990 the unusual photo in this post features a US Air Force (USAF) Elmendorf Air Force Base (AFB) F-15 Eagle badly damaged after being accidentally hit by an AIM-9M Sidewinder missile fired by another USAF F-15. As it can be seen by looking at the photo, the missile caused extensive damage to the tail section of the aircraft and moderate damage to the left wing and engine exhaust.

Lt. Col. Jimmy L. Harris, the pilot of the damaged F-15, took evasive action after the other F-15 driver ‘unintentionally’ fired the missile.

‘This F-15 was at Langley AFB the 27th AMU, I was the Production Super. The AK folks had left a live AIM-9 here on a prior visit and wanted it back home. We loaded it safe and umbilical disconnected for ferry back home as there was a captive (practice/inert) AIM-9 loaded on the other wing. The Pilot (Capt) INSISTED we connect the umbilical and remove the safety pins. I was called over and after a conversation with the Capt he still insisted we arm the AIM-9. I wrote a NOTATION in the aircraft forms on this and that “THIS WAS A LIVE AIM-9 THAT THE CAPT INSISTED BE ARMED” and had the Capt sign it. On the flight home, He got “confused” and while playing intercept with his Lt Col flight lead he fired the LIVE AIM-9, “SHIT—lead, I fired a live AIM-9”—BOOM— Lead response “NO SHIT!” The investigation came back to us as to why we loaded a live AIM-9 on an aircraft with a practice AIM9 on it too. —I told them the “read the forms”—not our problem—back to the PILOT.’

‘After the investigation, the weapons crew was blamed for everything.

‘The aircrews for both F-15’s were cleared of any wrong doing.

‘Life as a weapons load was hell, you had to write everything in the aircraft forms. What you had loaded, what station, live or inert.

‘Jeff Lang was a good crew chief and one of my go to guys. We went on a TDY to Luke AFB and Jeff got sick and a few weeks later died of a brain aneurysm. His wife was pregnant and had a baby boy after Jeff had passed away. RIP my friend.’

The cost of repairing the aircraft was fixed at $992,058, or $7,942 short of being a Class A. The replacement tail came from an F-15 that had recently hit a mountainside. 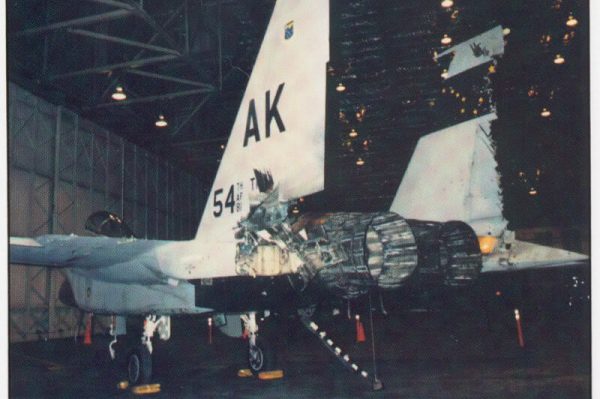 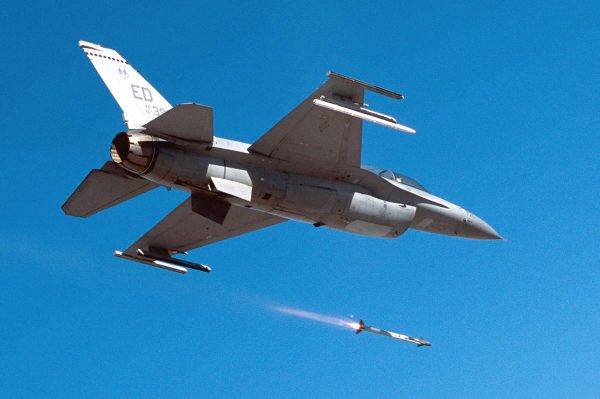