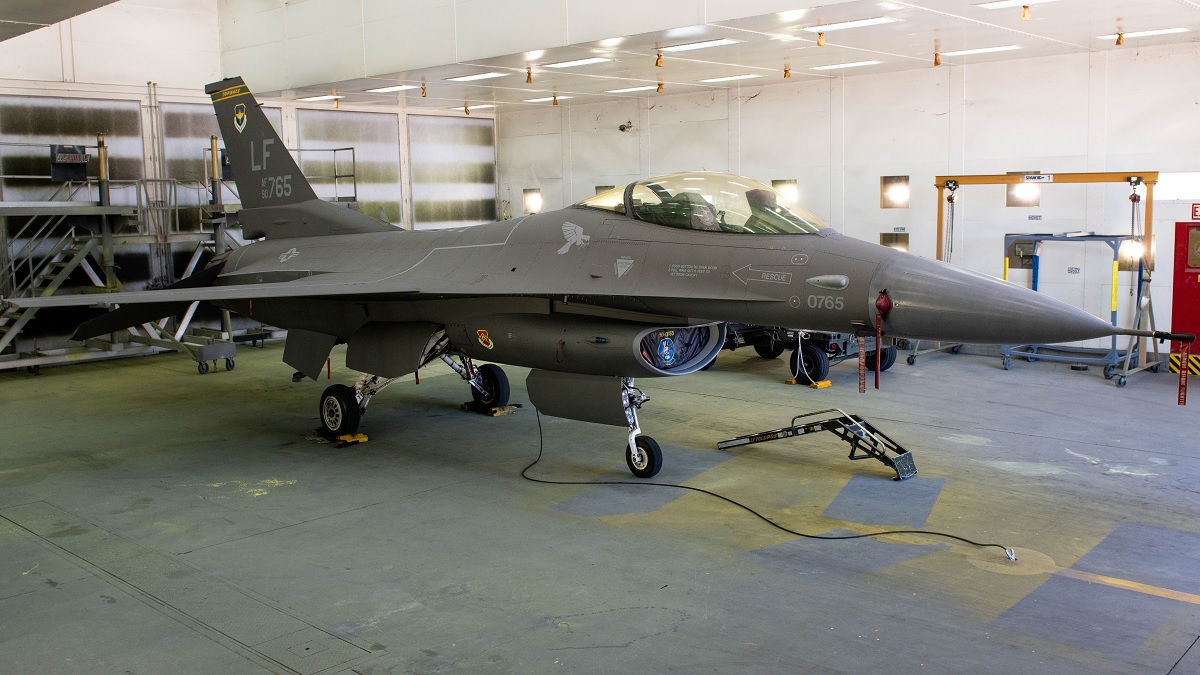 Luke’s F-16s traditionally have been painted dark gray on top and light gray on the bottom of the aircraft.

While the single color is used at other Air Force bases, it represents a first for the 56th Fighter Wing, said Master Sgt. Michael Cleary, LO ASM senior noncommissioned officer in charge. Never before has there been an F-16 that has a one solid paint scheme at Luke; Luke’s F-16s traditionally have been painted dark gray on top and light gray on the bottom of the aircraft.

A recent change to the technical data authorized the change in paint scheme, according to Cleary.

Cleary said painting the aircraft a solid color decreases the total time it takes to repaint the aircraft. The time saved, allows the Airmen to complete other tasks.

“When an aircraft comes in for a full paint, we will most likely be doing one color instead of two,” said Tech. Sgt. Michael Douget, ASM craftsman. “It just makes sense money and time-wise.”

F-16s receive full paints every six to seven years and follow guidance from the technical order (TO) which outlines directions on each project.

It typically takes four Airmen a week to sand, prime and paint the aircraft. However, the time repainting aircraft may vary due to different cure times of the primer and paint, which dictate the amount of work that can be done in a day.

“After it’s done drying, we make sure that everybody goes back, takes a look at everything again and makes sure they don’t miss anything,” said Douget.

Throughout the entire process of painting the aircraft, ASM personnel wear protective equipment to prevent chemicals from entering their body.

“We wear respirators with forced air, tie backs [white suit worn to protect every inch of skin], gas masks, and gloves,” said Douget. “The respirator filters the air so you’re not breathing in the harmful substances.”

Aside from full paint jobs on aircraft, ASM Airmen also provide minor or major touchups on F-16s owned by the US and foreign nationals, add or remove stencils and paint aerospace ground equipment. They also construct name plates for the F-35A Lightning II. Each task takes a different amount of time depending on the varying degree of the task. 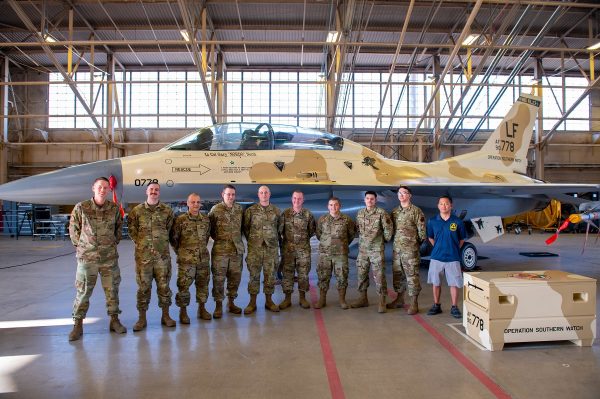 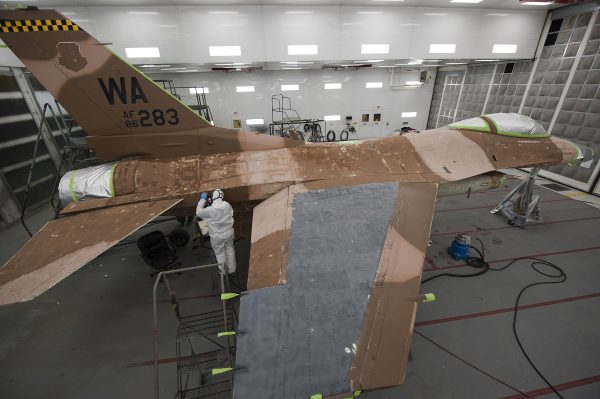