Log In Sign Up
Homepage Aviation HistoryLuftwaffe Dornier Do 217 bombers sank the Italian battleship Roma by means of the Fritz X, the first ever precision-guided bomb deployed in combat 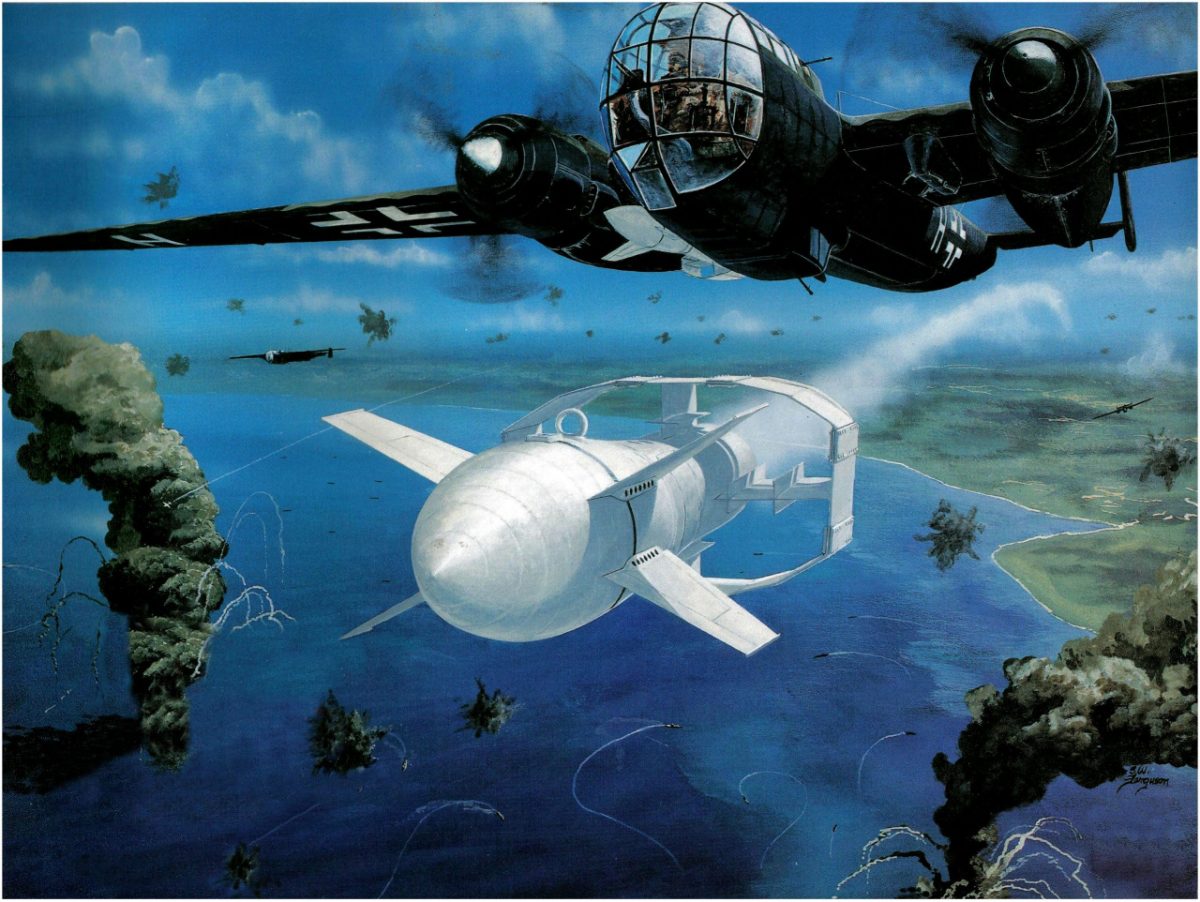 The Dornier Do 217 became the first aircraft in military aviation history to deploy a precision-guided bomb in combat in the form of the ‘Fritz X’ radio-guided, free-fall weapon, which sank the Italian battleship Roma.

The Dornier Do 217 had a much larger bomb load capacity and had considerably greater range than the Do 17, which it replaced in frontline service from mid to late 1941. Although initially used simply as a bomber, later variants were developed to allow the Do 217 to undertake the precision maritime strike role. In order to perform the latter mission, the Do 217 was modified to launch glide bombs – units employing these pioneering weapons enjoyed some success in the Mediterranean from the autumn of 1943. During the course of these operations the Do 217 became the first aircraft in military aviation history to deploy a precision-guided bomb in combat in the form of the ‘Fritz X’ radio-guided, free-fall weapon, which sank the Italian battleship Roma shortly after Italy capitulated in September 1943.

As told by Chris Goss in his book Dornier Do 217 Units of World War 2, in the wake of the Operation Avalanche landings at Salerno, on the southwest coast of Italy, which commenced on Sep. 3, 1943, things were busy for Luftwaffe Dornier Do 217 crews. The Italian surrender five days later proved fortuitous for the Allies, as the principal warships of the Regia Marina should have been attacking the landings. Instead, on Sep. 9, a 17-strong fleet, which included the battleships Roma, Vittoria Veneto and Italia, set sail from La Spezia to prevent the vessels falling into German hands. When the Italian intentions became known, the Luftwaffe sent III./KG 100 to attack them with ‘Fritz X’ guided bombs.

III./KG 100 Do 217s shadowed the fleet until it reached the Strait of Bonifacio, between Corsica and Sardinia, at which point 11 aircraft attacked from 1537 hrs.

It is believed that the first strike was led by Major Bernhard Jope, whose observer, Unteroffizier Lori Klapproth, achieved a near miss that temporarily jammed Roma’s rudder. A second attack wave, led by Oberleutnant Heinrich Schmetz, saw Unteroffizier Heinrich Penz, observer to Leutnant Klaus Deumling of 7./KG 100 who was on his first mission, hit Roma on the starboard side. Photographic evidence exists of the attack by Unteroffizier Eugen Degan, the observer in Oberfeldwebel Kurt Steinborn’s Do 217K-1 of 7./KG 100, who also reported hitting Roma on the starboard side. At the same time, Roma’s sister-ship Italia was attacked.

The second glide-bomb to hit Roma passed through the ship and exploded under its keel. Water now flooded the engine and boiler rooms and numerous electrical fires broke out throughout the vessel. Losing speed, Roma began lagging behind, and at 1602 hrs another ‘Fritz X’ from a second wave of seven Do 217s detonated in the forward engine room. More flames and flooding ensued, followed by an explosion in the magazine of the No 2 main turret. This caused even more flooding, after which Roma began sinking bow first until it capsized and broke in two. At least 1253 sailors went down with the ship, with a further 593 men being rescued.

Italia enjoyed better luck, as the ‘Fritz X’ that hit it forward of the No 1 main turret passed through the ship and exited the hull, before exploding in the water beneath the vessel. Although the latter was holed, letting in 1060 tons of water, the battleship managed to limp into Malta harbor.

Dornier Do 217 Units of World War 2 is published by Osprey Publishing and is available to order here. 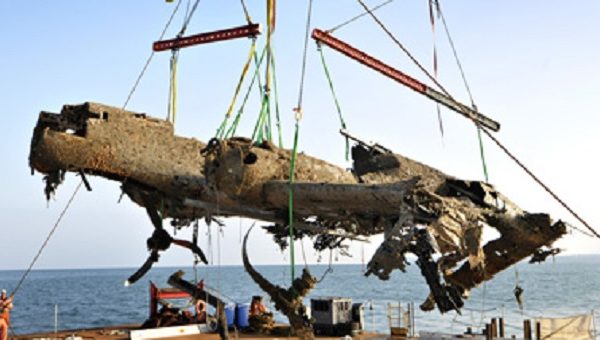 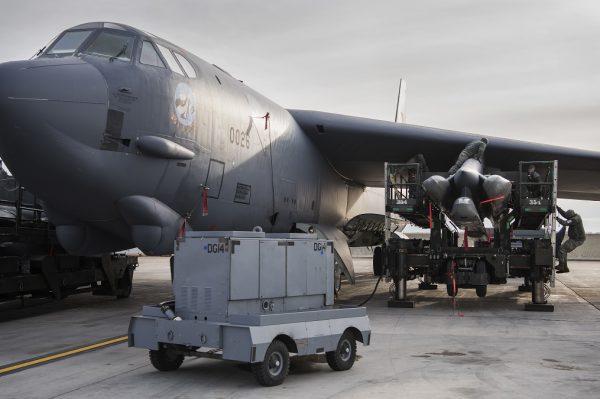 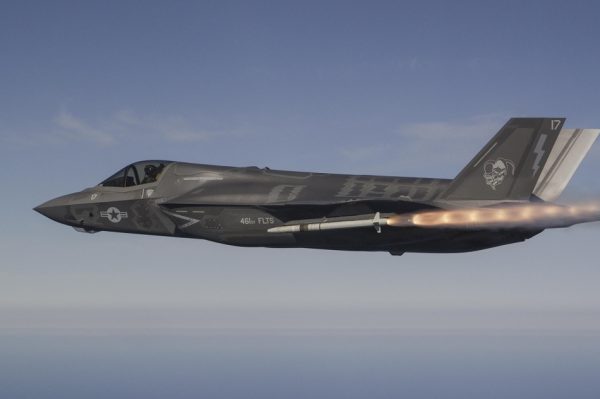