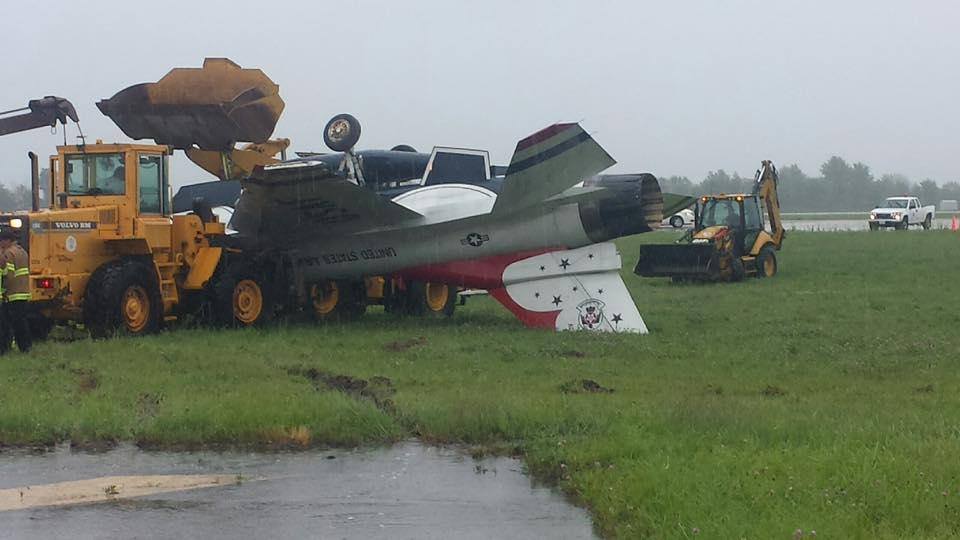 Upon landing, the pilot was unable to stop the F-16D on the prepared surface. As a result, the aircraft departed the runway and overturned in the grass

According to an Accident Investigation Board report released on Nov. 3, 2017, excess airspeed and insufficient stopping distance on a wet runway resulted in a Thunderbird F-16D being overturned and destroyed upon landing at Dayton International Airport, Ohio, on Jun. 23, 2017.

Capt. Erik Gonsalves, the pilot of the F-16D, sustained injuries and the crewmember, Sgt. Kenneth Cordova, was uninjured.

The mishap occurred after a familiarization sortie for Cordova, during which Gonsalves demonstrated the capabilities of the F-16D and the maneuvers performed by the United States Air Force Air Demonstration Squadron (USAFADS), the Thunderbirds.

Upon landing, Gonsalves was unable to stop the aircraft on the prepared surface. As a result, the aircraft departed the runway and overturned in the grass.

No other personnel were injured. The aircraft, valued at $29 million, was destroyed. There was no known damage to civilian property. At the time of the accident, the pilot was a current and qualified USAFADS pilot, with a total flight time of 1,761 hours.

The crew and aircraft are assigned to the 57th Wing, Nellis Air Force Base (AFB), Nevada.

Noteworthy the crash came just over a year after another Thunderbird F-16C crashed just before landing in Colorado Springs, Colorado: in that case the accident happened after a Thunderbird flyover for the Air Force Academy graduation on Jun. 2, 2016, during which, the pilot, Maj. Alex Turner, encountered a throttle malfunction and successfully ejected from the jet, avoiding any loss of life or damage to civilian property.

The vertical stabilizer of that aircraft was then saved by Airmen from the 140th Wing, Colorado Air National Guard (COANG), on Mar. 14 at Peterson AFB. 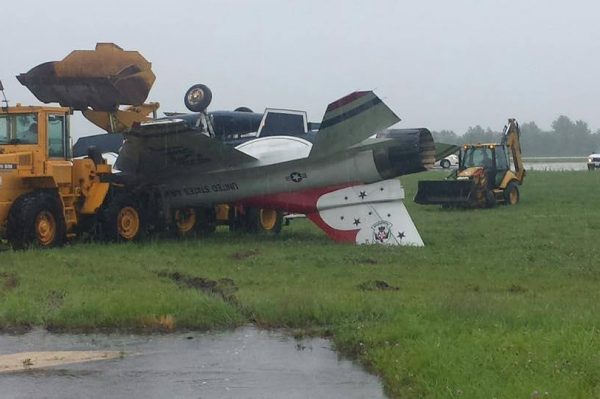 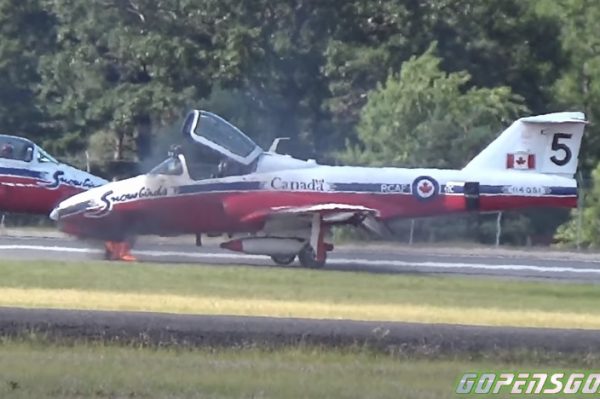