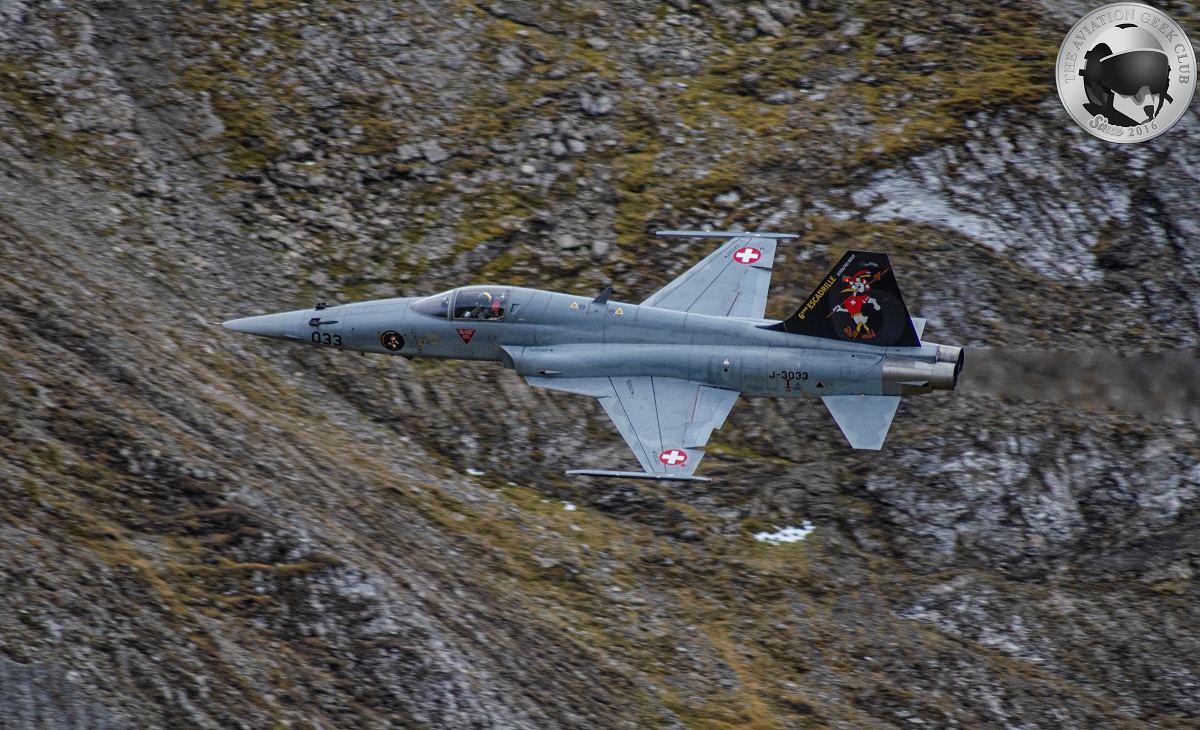 Taken on Oct. 11, 2018 the photos in this post show Swiss Air Force air assets in action during the annual Axalp Air Power Demonstration.

Noteworthy 2018 edition of Axalp exercise (which took place on Oct. 10-11) will be remembered for having been the last one for Swiss Air Force F-5 Tiger IIs.

The F-5 is an agile, highly maneuverable, reliable supersonic fighter, combining advanced aerodynamic design, engine performance and low operating costs. More than 2,600 were built by Northrop and under co-production and licensing agreements with Canada, the Republic of China, the Republic of Korea, Spain and Switzerland.

Since two-thirds of F-5 user countries also operate F-16s, F/A-18s, F-15s or Mirage aircraft, the F-5’s role has shifted from a prime fighter to a lead-in trainer.

As we have already reported in September, the Swiss Air Force has indicated of its desire to retire 27 Northrop F-5s from service. Four aircraft have already been donated to museums.

The rest have been grounded and buyers have been found. Switzerland will be left with 26 active F-5s. These aircraft will flank the Swiss Air Force F/A-18 Hornets until the acquisition of new fighter jets.

In fact Switzerland has already kicked off a multibillion-franc competition to replace its ageing fleet of F-5 fighter jets, and older model F/A-18 fighters, inviting five European and U.S. weapons makers to submit bids by January.

The selection of the new aircraft will be based on a report prepared by a group of experts who will evaluate several fighter jets, specifically the JAS-39 Gripen, the Eurofighter Typhoon, the Dassault Rafale, the Boeing F/A-18 Super Hornet and the Lockheed Martin F-35 Lightning II.

We’d like to send out a huge thanks to the Swiss Air Force that gave us the chance to experience a flight aboard one of their Super Puma helicopters to get to Ebenfluh firing range.