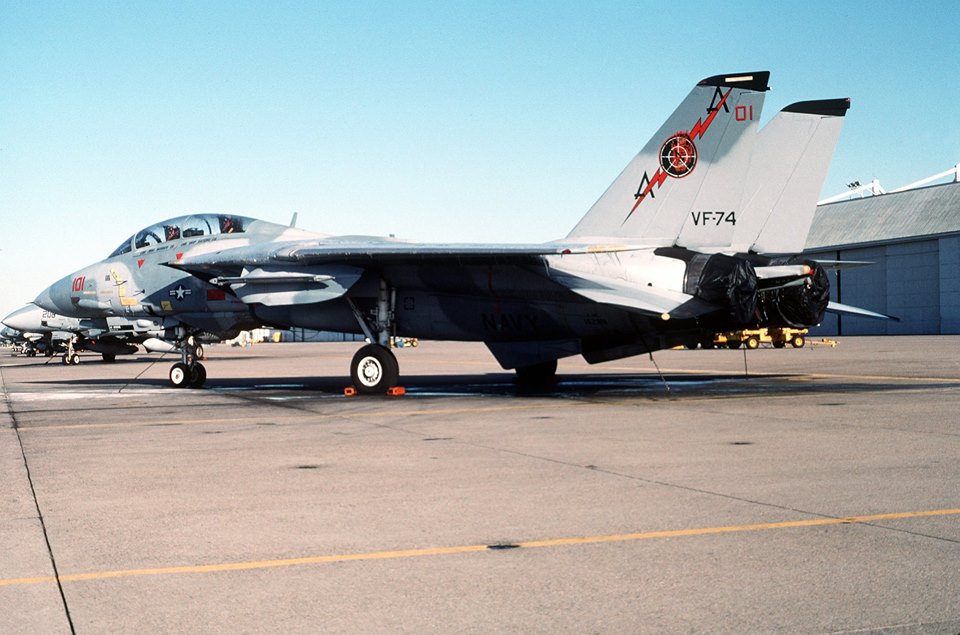 VF-74 Be-Devilers F-14B Tomcats proved to be an extremely effective aggressor, providing capabilities akin to those of the Su-27 and MiG-31

Noteworthy this paint scheme was designed for deployment to the Red Flag exercises with the USAF at Nellis Air Force Base (AFB).

The Be-Devilers received the first F-14A Tomcat in June 1983.

On Aug. 11, 1988 VF-74 became the first fleet squadron to receive the F-14A+ (later designated F-14B) with arrival of Devil 101.  According to the site HOME OF M.A.T.S., by the end of the year the transition was complete and the squadron leader, CDR Gus Grissom, along with RIO LTJG Bob McGee, became the first crew to launch an AIM-54A Phoenix from the new F-14A+.

The Be-Devilers last cruise took place in 1992 and saw the squadron flying in support of the United Nations aid to the former republics of Yugoslavia.

In fact as usual after returning from cruise the squadron went straight into workups for the next, deploying onboard USS Constellation (CV-64) for her shakedown cruise after emerging from SLEP (Service Life Extension Program) and conducting carrier qualifications on USS Saratoga (CV-60).

However August 1993 saw the decision to deploy only one F-14 squadron (in the form of the then VF-103 Sluggers, the Be-Devilers sister squadron) onboard ‘Sara,’ as the non-TARPS (Tactical Airborne Reconnaissance Pod System) squadron VF-74 were left on the beach and moved from CVW-17 to the direct command of Commander Fighter Wing Atlantic.

Although not cruising VF-74 continued their reputation for excellence, taking up an aggressor role and working with various Navy and Air Force squadrons. The aircraft were painted in Su-27 style camouflage, each aircraft featuring a slight variation on the scheme. The F-14B proved to be an extremely effective aggressor, providing capabilities akin to those of the Su-27 and MiG-31.

On Jan. 20, 1994, Cmdr. John Morrow became VF-74’s last commanding officer and oversaw the last months of the Be-Deviler’s existence and led them to on their final deployment to NAS Roosevelt Roads in February. The det saw seven air-to-air missiles fired, a 100% success rate. 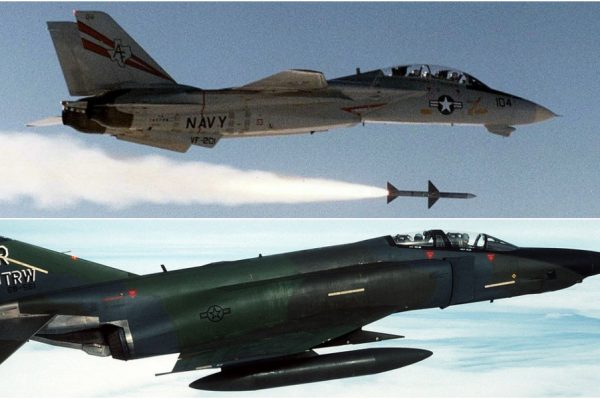