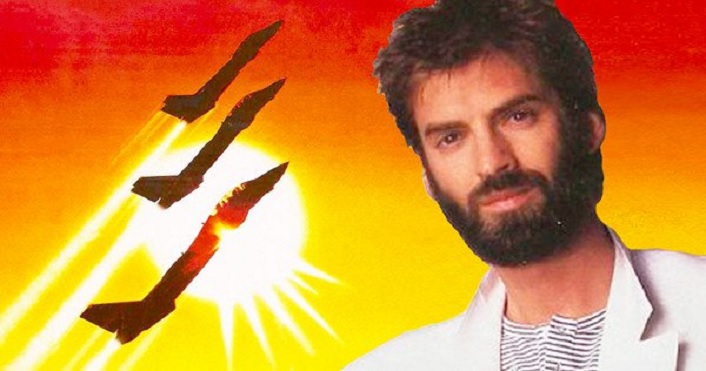 “We’ll reinvent ‘Danger Zone’, to a point. That’s what I’m hoping to do,” Kenny Loggins

Kenny Loggins will re-record ‘Danger Zone’ for Top Gun: Maverick, the sequel of the legendary Top Gun movie which has been 31 years in the making and follows the blockbuster 1986 original that drew more than $350 million at the box office.

TMZ caught up with Kenny Loggins recently and asked him about potentially revisiting his classic 80s hit for the upcoming sequel. Loggins played it coy at first saying, “I certainly hope so,” but then proceeded to dish some additional details. Here’s what he had to say about it.

“I met Tom Cruise on Fallon and I asked him that question. He said ‘Of course we have to use Danger Zone.’ So I’d probably do it maybe as a duet with a young act. I’d like to work with, well there’s young and then there’s young…we have some feelers out there. Some pretty cool rock acts. The rockers that I’m interested in are male.”

According Movie Web, Kenny Loggins wasn’t saying he isn’t interested in female rockers, but it’s just that the ones being looked at to possibly collaborate with for this new take on Danger Zone are male. The singer/songwriter added, “Maybe do it his way or their way, depending on if its a band or a solo artist. So we’ll reinvent the song, to a point. That’s what I’m hoping to do.” He wouldn’t reveal any of the artists they’re reaching out to right now, so it’s really anyone’s guess as to what contemporary act may be putting their stamp on Top Gun: Maverick.