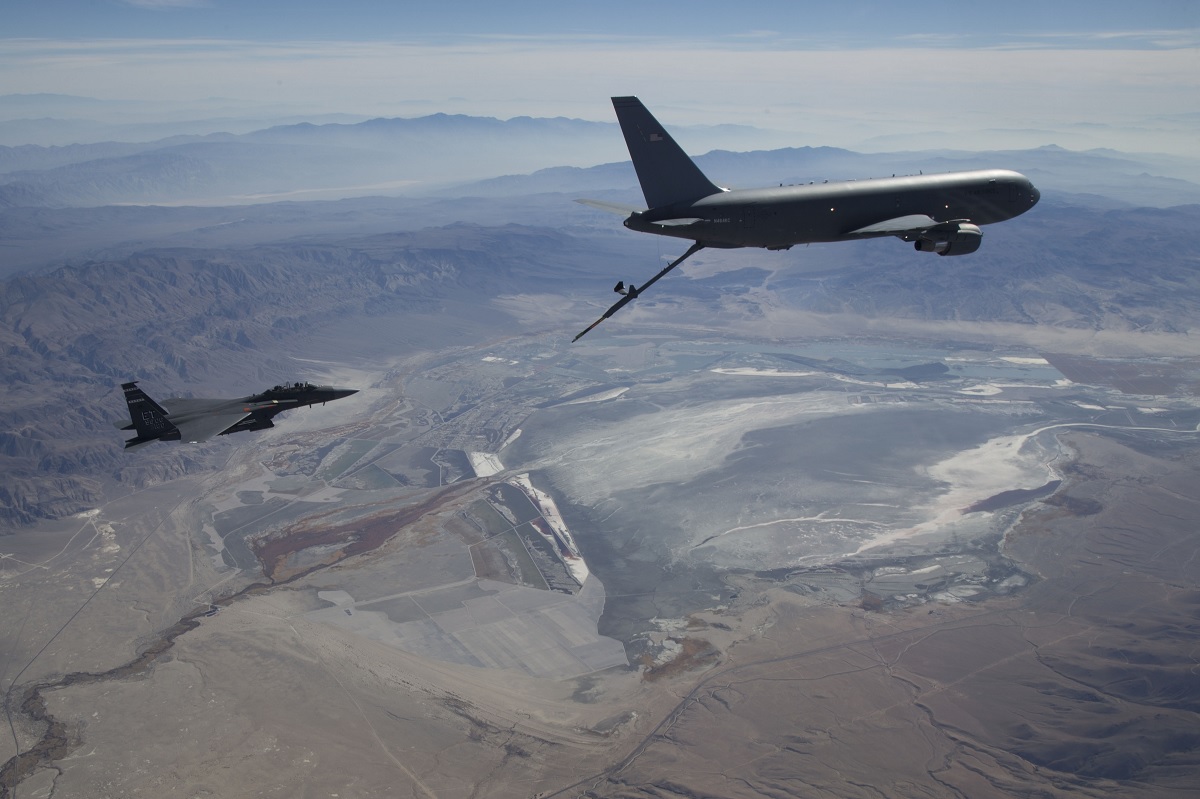 The interesting photo in this post shows a KC-46A Pegasus aerial refueling aircraft connecting with an F-15E Strike Eagle test aircraft from Eglin Air Force Base (AFB), Florida, last month. The flight test was part of KC-46 Phase II receiver certification testing, which has been completed according to a U.S. Air Force News Release on Dec. 3.

The 418th Flight Test Squadron (FTS) conducted the tests with the F-15 at Edwards. Although Edwards has almost every aircraft in the Air Force’s inventory for flight testing and systems upgrades, the base does not have F-15s, so the 40th Flight Test Squadron from Eglin lent a hand for KC-46A receiver certification tests.

Boeing’s KC-46A aerial refueling tanker has been cleared to refuel the B-52 bomber and F/A-18 in November.

Noteworthy the receiver certification involving the F-15 is in preparation for the start of KC-46’s Initial Operational Test and Evaluation (IOT&E) work next year.

The KC-46A Pegasus is intended to start replacing the Air Force’s aging tanker fleet, which has been refueling aircraft for more than 50 years. With more refueling capacity and enhanced capabilities, improved efficiency and increased capabilities for cargo and aeromedical evacuation, the KC-46A will provide aerial refueling support to the Air Force, Navy, Marine Corps as well as allied nation aircraft.