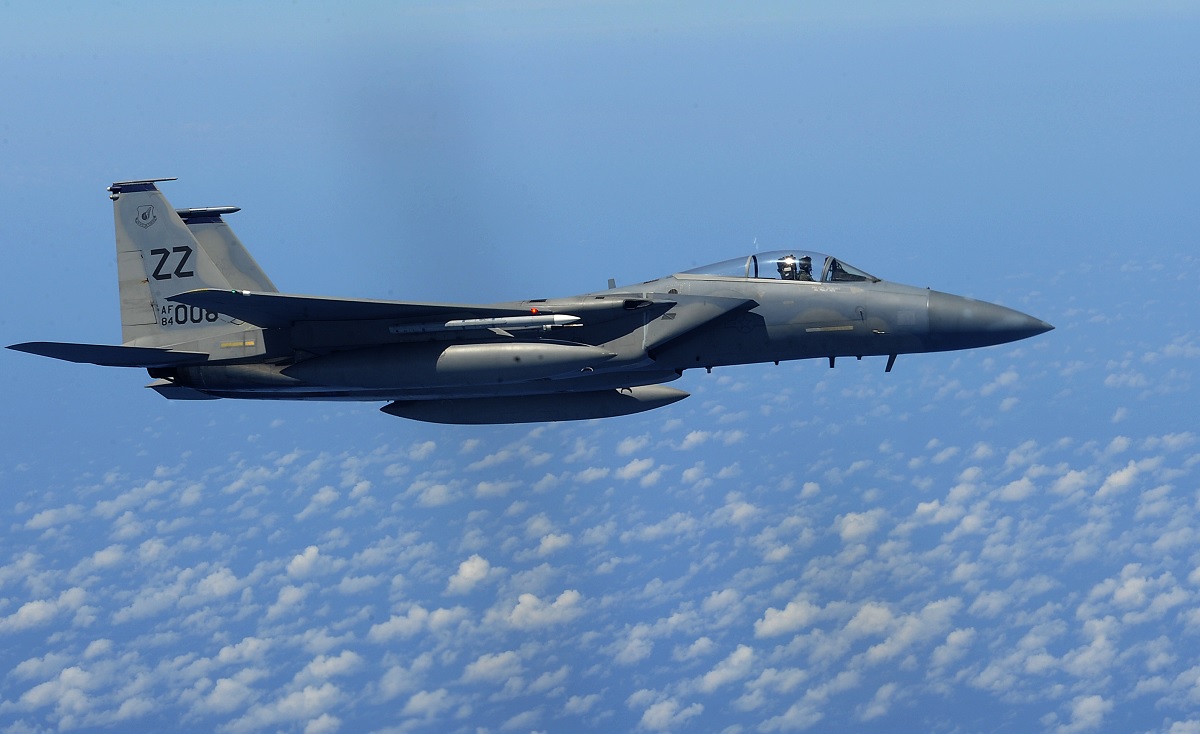 So can the F-15 beat the F-35 in dogfights? “I mean, sometimes. But all aircraft lose in aerial combat sometimes, and for various reasons,” Capt. Brock McGehee, 44th Fighter Squadron F-15 Pilot

In an interview with Defense News, Capt. Brock McGehee, an F-15 pilot from the 44th Fighter Squadron (FS) says the F-35A has been defeated by the Eagle during mock dogfight training.

According McGehee the F-35 is an “extremely capable” air-to-air fighter. “It’s just kind of scary a little bit to fly around in the dark with an invisible airplane that’s around you somewhere,” he pointed out. “Those guys are very good pilots, their situational awareness is very high and they do a good job of keeping us in the loop of where they are when they’re on the same team as us.”

McGehee explained that like its fifth-generation brother, the F-22 Raptor, the F-35 is very difficult to detect at long distances thanks to its stealthiness. But in close combat, an F-15 will engage an F-22 and F-35 very differently, he said. He declined to discuss specifics that could reveal tactics, techniques and procedures and provide an adversary with hints about how to best either aircraft.

“An F-22, if you’ve ever watched the demo of it, you can turn inside out. It’s ridiculous,” he said. “An F-35, it turns differently. So that’s just [basic fighter maneuver] kind of awareness for us of what to do differently.”

“I mean, sometimes,” McGehee said, adding that all aircraft lose in aerial combat sometimes, and for various reasons.

“Part of it is the aircraft and part of it is the man in the aircraft,” he continued. “We’ve got some really talented pilots here who are able to gain the offensive on a lot of other pilots. A pilot who understands this aircraft very well and is very skilled at it is pretty lethal no matter what he’s flying, so it’s possible.”

According Capt. Ryan Fantasia, an F-35A pilot with the 34th FS, in the skies above Kadena, F-35 pilots are focusing primarily on the air-to-air fight — a rarity for the F-35, a stealthy fifth-generation jet that is more known for its air-to-ground capability. “The airspaces are all over the water, so it’s a lot harder to look down and see the ground or anything like that. Plus, the Eagles are here,” he said referring to the F-15C/D Eagle fighters from the 44th and 67th fighter squadrons based at Kadena.

At the time, the Defense Department claimed that the F-35 involved in the mock dogfight was a very early model with a flight envelope limited to only 5.5 G’s. Furthermore the jet also did not have many of the mission systems, stealth coating or helmet display functionality which are now widely available.

In February, the F-35s at Kadena got the latest block 3F software, the full combat capability version that allows the aircraft to fly its entire flight envelope and up to 9 G maneuvers. However the Lighting II’s air-to-air game had already shown improvement before that, achieving a 20-to-1 kill ratio at its first Red Flag event in early 2017. 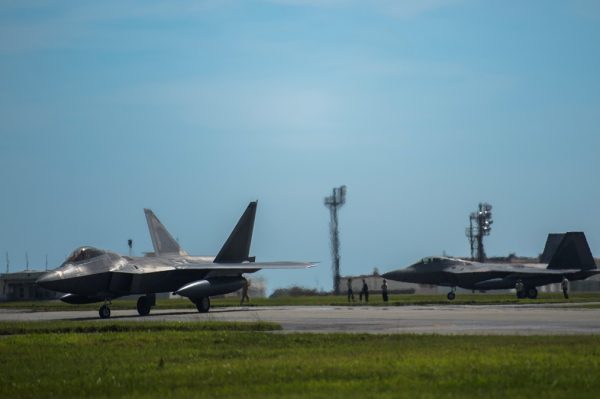 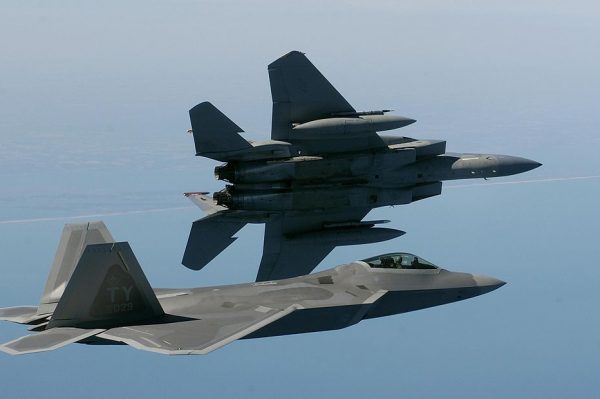 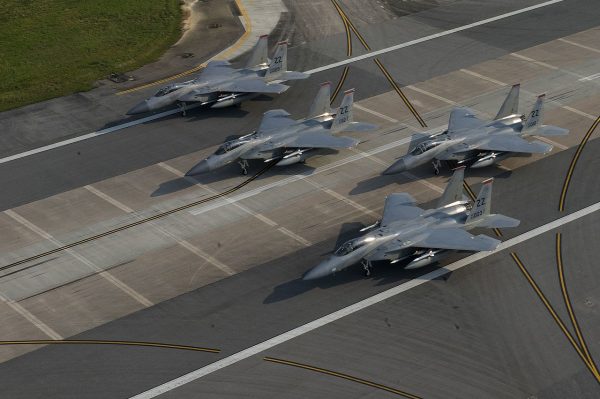 USAF to begin withdrawing F-15s from Kadena in November. As the Eagles retire, the service will rotate newer and more advanced fourth- and fifth-generation fighters to take their place.