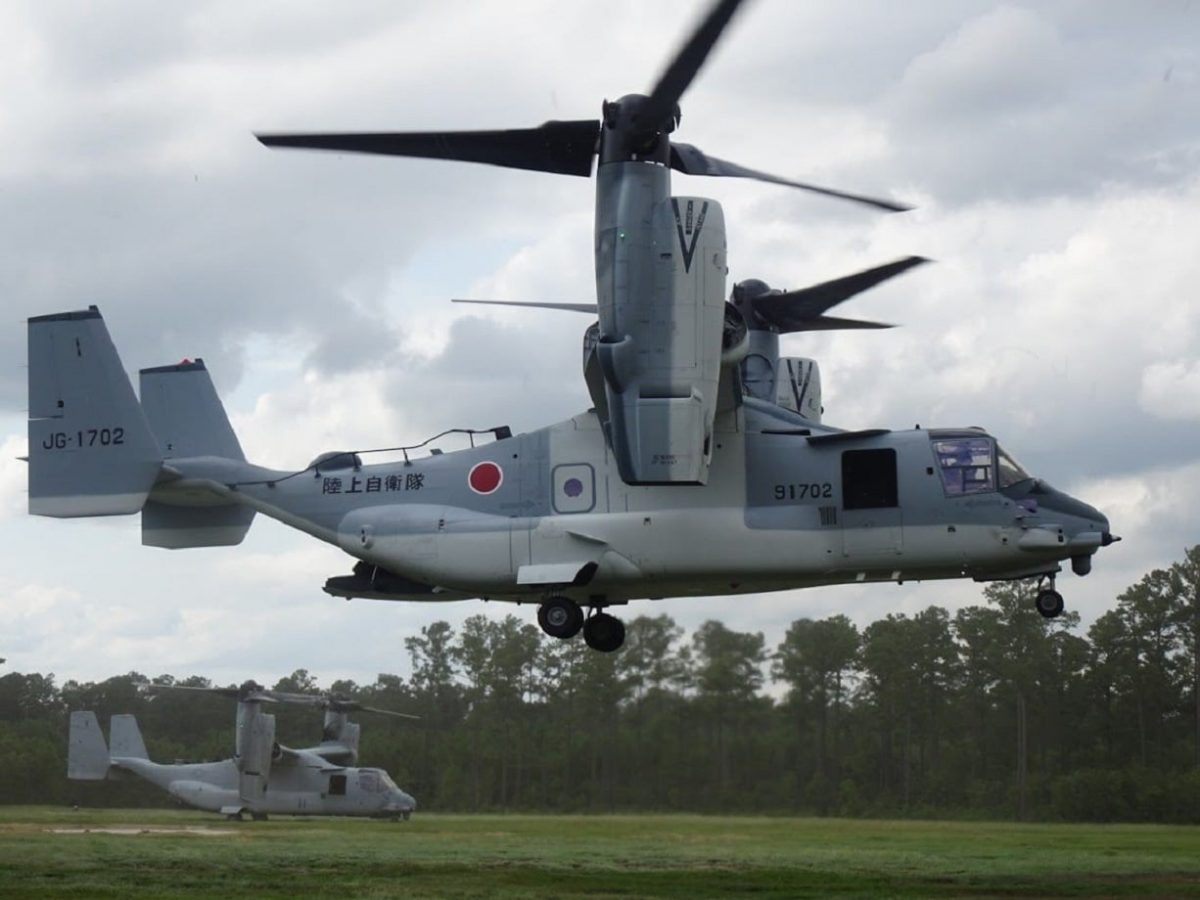 “The JGSDF [Japan Ground Self Defense Force] is taking a big step toward integrating the V-22’s unique capabilities into its mission,” said Col. Matthew Kelly, program manager for the V-22 Joint Program Office (PMA-275), in the NAVAIR News Release. “Beginning with Japan’s selection of the V-22 in 2015, it has been an honor working with our international ally and partner to make this program a reality.”

The activation of the JGSDF’s Transportation Aviation Group flight operations is a major milestone for both the Japanese and V-22 Joint Program Office and follows a key success this summer: delivering the first aircraft to Japan, on schedule, during a global pandemic.

Within the last few months, the PMA-275 international team continued to work closely with the JGSDF, completing required maintenance and expediting spares and support equipment deliveries ahead of these initial flight operations. To make all of this happen, various members of the V-22 community came together including Marine Corps Air Station Iwakuni, Fleet Readiness Center Western Pacific, Bell Boeing and Rolls-Royce.

“The PMA-275 team coordinated with our partners, both industry and DoD, across the globe to ensure the JGSDF had the resources to ensure long-term success for its V-22s,” Kelly said. “I am proud of the entire team’s achievements and dedication especially during this challenging time– it was a true “Team Osprey” effort!”

In addition to the JGSDF, the V-22 is critical to three U.S. branches of military, the Air Force, Marine Corps and Navy. For the U.S. Special Operations Forces, the CV-22 supports long-range infiltration, exfiltration and resupply missions. The Marine Corps’ MV-22B provides assault support transport of combat troops, supplies and equipment during expeditionary, joint or combined operations. The CMV-22B is the Navy’s carrier onboard delivery replacement aircraft, currently in flight test.

PMA-275 manages the cradle to grave procurement, development, fielding, sustainment and disposal of the tiltrotor program for the DoD and the JGSDF. 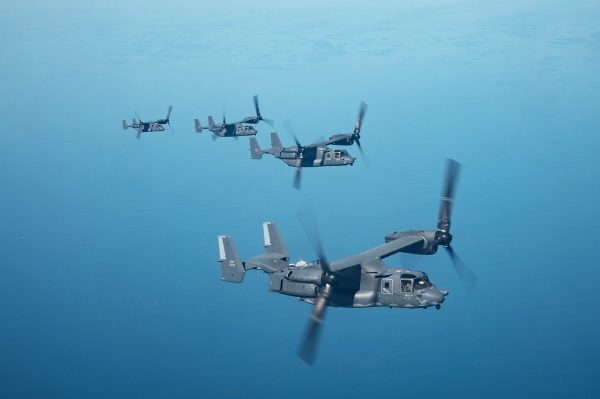