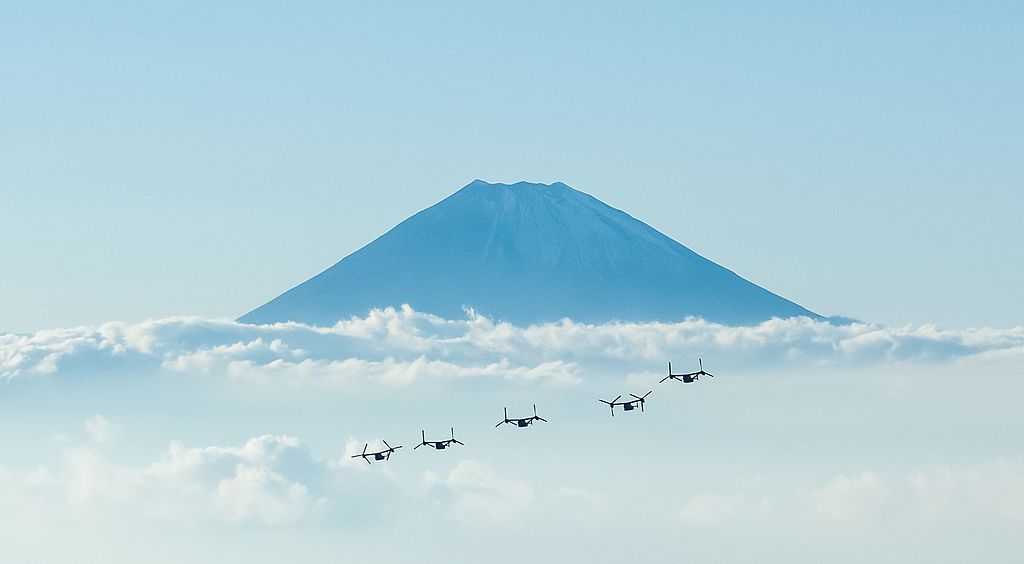 The first V-22 Osprey tilt-rotor for Japan will be handed over to the nation this September, Marine Col. Dan Robinson, the V-22 Joint Program Manager, disclosed at the Paris airshow.

Japan ordered the Osprey back in 2014 and will take delivery of 17 aircraft.

According to Military.com he also revealed that more countries will sign on as part of the Osprey’s third multi-year procurement contract, expected to be negotiated before the end of this year.

“In general, there’s a lot of interest in the capability of the platform in terms of what it can do, its flexibility in terms of being able to take off and land vertically yet still have that speed and range capability. It covers a spectrum of different mission sets,” Robinson said.

“So we have a lot of folks looking at the aircraft in terms of what it can do, how the Marines have used it, how the Air Force has used it, and now the Navy is on board with carrier onboard delivery capabilities that that brings as well,” he added.

Japan in fact plans to base several of its Ospreys on the helicopter carrier Izumo, and deploy more to the East China Sea to defend its territorial holdings.

The U.S. Navy instead plans to purchase a new variant of the Osprey that will feature greater fuel capacity for slightly longer range. 44 of this new Osprey, which will be known as the CMV-22, will be used to replace aging C-2 Greyhound carrier onboard delivery (COD) planes for delivery of cargo and personnel to aircraft carriers., However as Military.com reports other missions for the souped-up Ospreys may include personnel recovery and special warfare.

The service’s Osprey deliveries will begin in 2020, with operational units standing up the following year. New Navy Osprey pilots will train with Marine Medium Tiltrotor Training Squadron (VMMT) 204, the Corps’ Osprey training squadron based at Marine Corps Air Staion (MCAS) New River, North Carolina. As we have previously reported future Japanese aviators and crew members are already training at the facility ahead of the Osprey delivery this fall.

The U.S Marine Corps (USMC) is the lead service in the development of the Osprey. The USMC version, the MV-22A, is an assault transport for troops, equipment and supplies, and is capable of operating from ships or from expeditionary airfields ashore.