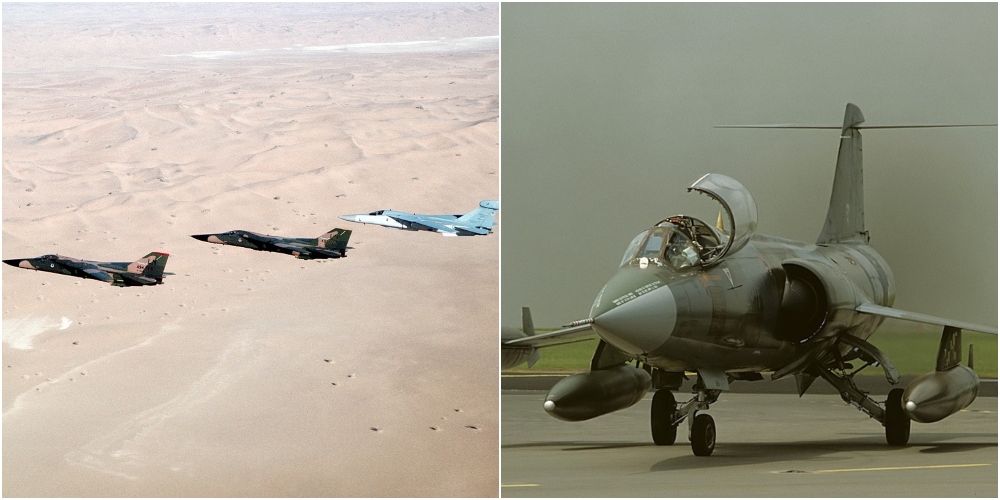 The Italian F-104s scrambled to inspect the USAF armada approaching western Sicily around midnight from Apr. 14 to 15, 1986 were aggressively approached by F-14s of the US Navy that asked them to move away – immediately…

While all the US military personnel involved in Operation El Dorado Canyon — and that was about 10,000 people — did their best to safeguard security of the mission, and not only the final approach of the two US Navy carrier battle groups but also the huge armada of F-111s and their tankers remained unknown to the Libyans, it was at this point in time — around midnight from Apr. 14 to 15, 1986 — that the entire effort was revealed to Tripoli, by one of the United States’ European NATO allies: Italy.

As described by Tom Cooper, Albert Grandolini and Arnaud Delalande in their book Libyan Air Wars Part 3: 1986-1989, US-Italian relations were strained already since the Achille Lauro Affair of October 1985. Indeed, it can be said that they were characterized by deep mutual mistrust for at least another 12 months afterwards. For example, while the Aeronautica Militare Italiana (Italian Air Force, or AMI) increased the number of flights by its Breguet Br.1150 Atlantic maritime patrol aircraft (MPA) over the central Mediterranean during early 1986, these were as much dedicated to tracking Libyan naval activities as to monitoring operations by the US Navy’s 6th Fleet.

The situation was similar on the other side and — with hindsight — it can only be concluded that the Americans were right in distrusting the Italians – and especially Prime Minister Bettino Craxi. The White House, Pentagon and State Department all preferred not to even announce Operations Attain Document I and II to the Italian authorities. It was only prior to Operation Attain Document II – which escalated into the well-known series of clashes on Mar. 24 and 25, 1986 – that the White House advised Rome to increase defence readiness of its forces deployed on Sicily and ‘cooperate more closely’ with the US military. In reaction, the Italians only decided to reinforce the air defences of four air bases hosting US military aircraft with Spada SAM-systems and 40mm Breda 40/L70 anti-aircraft cannons. Former Lockheed F-104 Starfighter pilots of the IX Gruppo from the 4th Stormo (Wing) later recalled that in March 1986 – during Operations Attain Document III and Prairie Fire – they were scrambled a number of times and received orders to ‘fly CAPs in support of American warships’ – but never sighted any. Their impression was that the Italian Joint Chiefs of Staff were not aware of what was going on between the Americans and Libyans in the Gulf of Syrte.

At an initial look, it therefore might appear as logical to conclude that the Italians never became involved in Operation El Dorado Canyon in any fashion. Nevertheless, official Italian documentation remains classified to this day. What can be deducted or reconstructed is based on oral history testimonies from several retired Italian military officers, a few politicians and reports from various Italian tribunals related to corruption surrounding arms sales to Libya.

For example, one related report states that two days before Operation El Dorado Canyon was launched, Italian Prime Minister Bettino Craxi warned the Libyan Ambassador to Rome, Abdul-Rahman Shalgam, that Libya must soon expect an aerial offensive by the USA. Craxi’s warning was based on the US request for use of Italian airspace for air strikes against Libya. The Italian Premier said that he denied the use of not only Italian airspace, but also Italian territorial waters to any kind of US military forces involved in such operations. Strangely, although certain that the US military would attack Libya, Craxi seems not to have put the Italian military on alert: no dispositions of Italian combat aircraft are known for the period immediately before Apr. 14-15, 1986. Nevertheless, he was to play a much more important role during that night.

As the USAF armada approached western Sicily around midnight from Apr. 14 to 15, it was detected by early warning radars of the AMI and several F-104Ss were scrambled in response. One of their pilots, Major Giorgio Riolo from 4th Stormo, recalled:

‘The alert bell rang and I took off accompanied by Lt Ruggero Rospo from Sigonella. The GCI [ground controlled interception] vectored us towards a target classified as unknown. While approaching, we activated our radars and attempted several sweeps, but our screens went ‘white’ almost instantly – due to heavy electronic countermeasures [ECM] deployed by what turned out to be US fighters. We saw them for the first time from a range of about 20 miles. There was a long trail of navigation lights – which turned out to be several KC-135s. Before long, we found ourselves underway in the middle of a huge airborne armada, with unknown aircraft all around us. I informed our GCI and decided to leave the area. The few other Starfighters scrambled with similar orders to inspect were aggressively approached by F-14s of the US Navy that asked them to move away – immediately.’

The AMI commanders quickly reported the approach of the huge USAF formation up the chain of command, and this report eventually reached Craxi. He immediately made a telephone call to the Maltese Prime Minister, warning him of the US ‘bomber formation approaching’ the island. In turn, about 30 minutes before US aircraft reached their targets in Libya, the Maltese warned Tripoli of a formation of USAF aircraft over the central Mediterranean. As a result, Gaddafi and his family were rushed out of their residence within the Bab al-Aziziya complex only minutes before bombs began falling.

Libyan Air Wars Part 3: 1986-1989 is published by Helion & Company Limited and is available to order here. 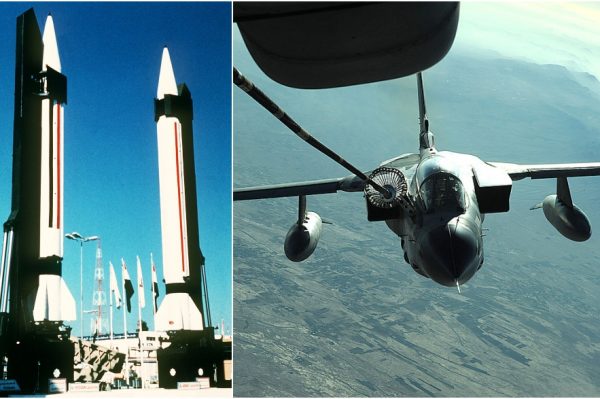 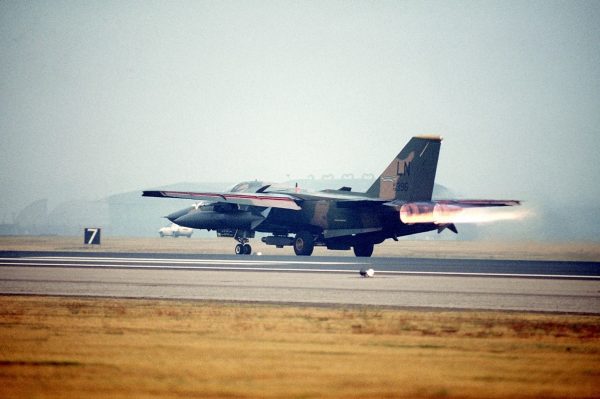 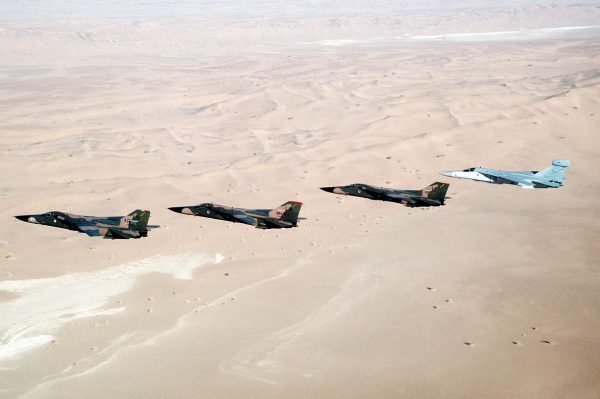