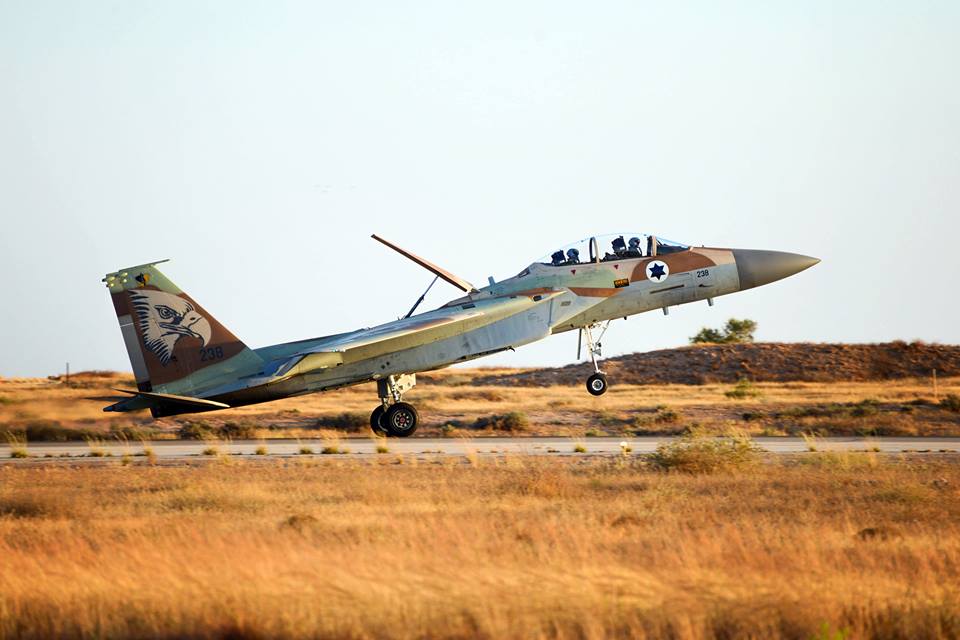 A report by Amos Harel on Haaretz says the Israeli Air Force (IAF) is leaning towards buying another batch of F-15s instead of a third F-35 squadron.

Chief of Air Force Maj. Gen. Amikam Norkin is expected to make the recommendation this May.

Funding for the new fighters will come from a new 10-year U.S. aid package that will take effect next year.

Former senior IAF officers told that the service future squadrons cannot rely on only one type of combat plane (the F-35), hence the need for new F-15s. Moreover the F-15 is capable of striking targets at longer ranges than the F-35 and to carry a heavier payload than the Lightning II.

Noteworthy as we have explained last year IAF would like to replace its fleet of legacy F-15s (the oldest of which were delivered in 1976) with a more advanced variant of the fighter. The new Eagles, besides having an advanced active electronically scanned array (AESA) radar, would feature advanced attack capabilities and a crew of two members.

No further details have been revealed of the potential F-15 variant that could be purchased by IAF on which evaluations are being based, but a report appeared on Flight Global last year said that it could be the so called F-15 2040C that Boeing was touting in 2016. The F-15 2040C proposal has been conceived to be an F-15C upgrade, which would allow U.S. Air Force (USAF) to supplement the F-22 in the Air-Superiority role with a reliable, tested and cost-effective combat plane.

The 2040C would feature an infra-red search and track, a double number of weapon stations, with quad racks for a maximum of 16 air-to-air missiles, Passive/Active Warning Survivability System, conformal fuel tanks (CFTs), upgraded APG-63(v)3 AESA and a “Talon HATE” communications pod allowing data-transfer with the F-22.

However the aircraft will be more advanced than those sold to Saudi Arabia and Qatar.

Nevertheless IAF should add a third F-35 squadron at the end of next decade.

As previously reported new threats faced by Israel have placed the potential purchase of the STOVL variant of the Joint Strike Fighter as a high priority. The F-35B’s short take-off and vertical landing capability would enable it to operate from quickly-prepared landing strips close to the front and away from the fixed airfields which rapidly come under attack during wartime.