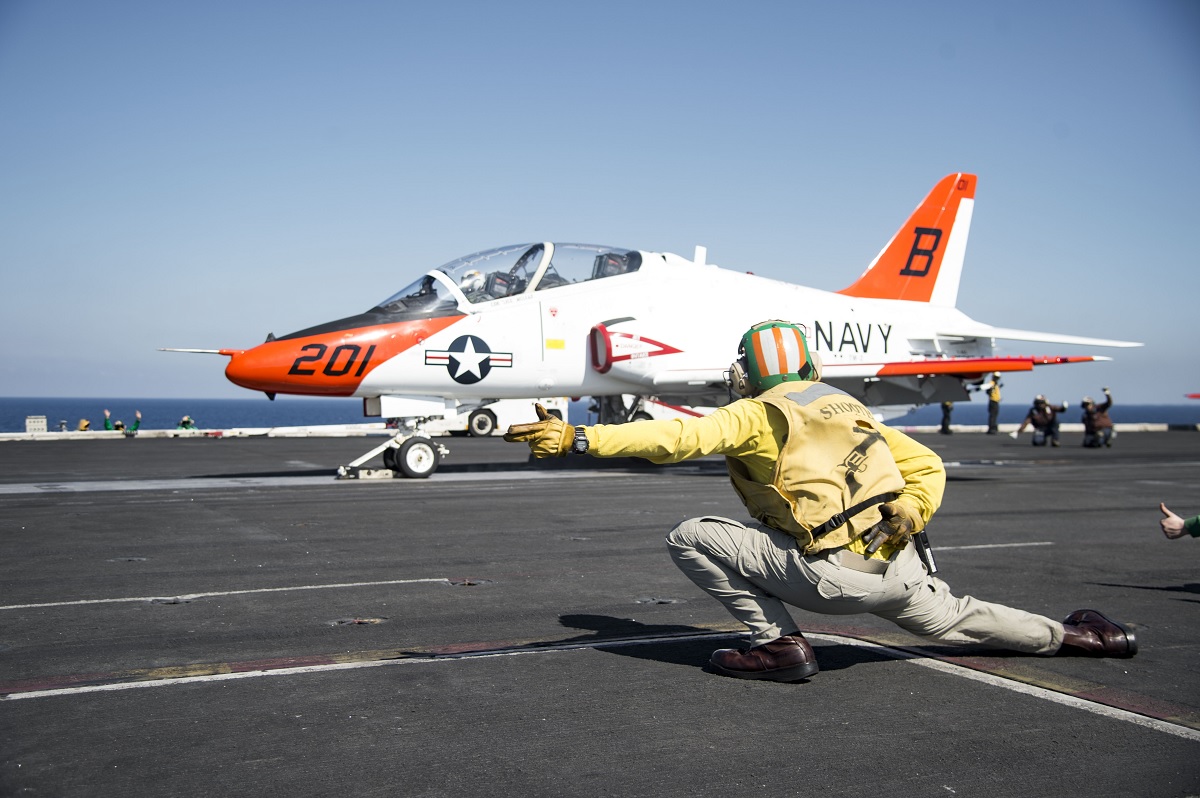 The instructor pilot was “flat hatting,” which the investigation board described as “flight conduced at low altitude and/or a high rate of speed for thrill purposes”

As we have reported a T-45C from VT-7 out of Naval Air Station (NAS) Meridian in Mississippi  crashed on Oct. 1, 2017, in rural Tennessee. The crash killed the instructor pilot (IP) (Lt. Patrick Ruth) and student (Lt. j.g. Wallace E. Burch). An investigation board had determined that pilot error was the cause and the instructor was flat hatting during the flight.

As reported by Navy Times, investigators also blamed the culture within VT-7 for the crash. Instructors and students at the unit were found to have been flying their jets beyond the limits set by the curriculum.

“This mishap resulted from individual pilot error, a culture within VT-7 and Chief of Naval Air Training at large, which fostered [instructor pilots] and [student naval aviators] flying their aircraft beyond the bounds of approved Naval Air Training Command curriculum,” Rear Adm. James Bynum, who commands all pilot training in the U.S. Navy, wrote in the report’s executive summary on Apr. 9, 2018.

According Bynum low altitude awareness training was the flight’s purpose. The crew was initially on an approved training route, but that the instructor, Ruth, deviated from proper procedure and also encouraged Burch to do the same.

Ruth, Bynum said, was “flat hatting,” which he described as “flight conduced at low altitude and/or a high rate of speed for thrill purposes,” and had been seen doing the same thing on the weekend training flights the days before the mishap.

“The investigation further demonstrated [Ruth] was overly confident, nonchalant and aggressive at low altitude training, with limited awareness of the performance capabilities of the T-45C in the [low altitude awareness training] environment,” Bynum wrote. “This attitude influenced [Ruth’s} instructional style and conditioned [Burch] to fly the aircraft in an aggressive manner, without correction from [Ruth].”

In the moments preceding the crash, Burch was initially at the controls, flying as per Ruth’s instructions in a manner that exceeded approved rules for this type of training.

“This included aggressive ridge line crossings and descending turns that took them below the minimum altitude of 500 feet above ground level many times, to include potentially as low as 210 feet,” Bynum pointed out.

Even if Bynum says the Navy does train this way at times, he explains that advanced skills like these should only be taught at fleet replacement squadrons that prepare pilots to join operational squadrons in the fleet.

“Ruth assumed control of the aircraft 26-seconds before the mishap and commenced a defending turn to demonstrate terrain following techniques,” Bynum wrote.

Ruth directed Burch to take control of the aircraft and perform a hard right turn just 10 seconds before the impact.

“What neither [Ruth] nor [Burch] knew was that they were too slow and too low relative to the rising terrain in front of them and that the attempted control input to recover was beyond the limitations of the aircraft,” Bynum wrote.

“In response to their maneuvers, the aircraft entered into a stall. By the time the aircrew realized they were in extremis, it was too late to eject safely.”

Bynum also questions whether the instructor, who was a former E-2 pilot, was ever qualified to fly the T-45C or teach low-level flights.

Still, Bynum approved the investigators recommendation that Ruth and Burch’s deaths “be found in the line of duty and not due to misconduct.”

In the wake of the crash, Bynum ordered a review of the low altitude and directed that every instructor pilots’ records be reviewed to ensure they are qualified, in an attempt to put a stop to a culture of training beginning pilots in techniques that are too advanced for them to handle. 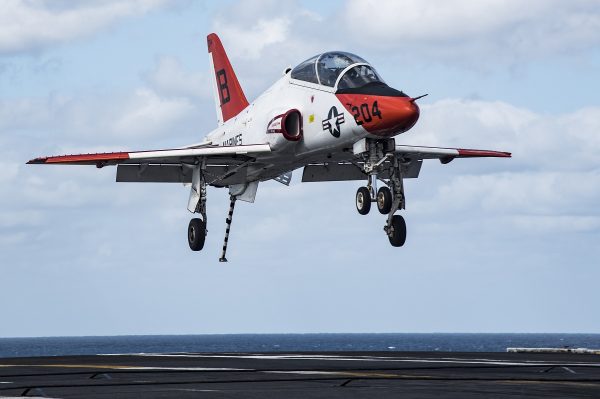