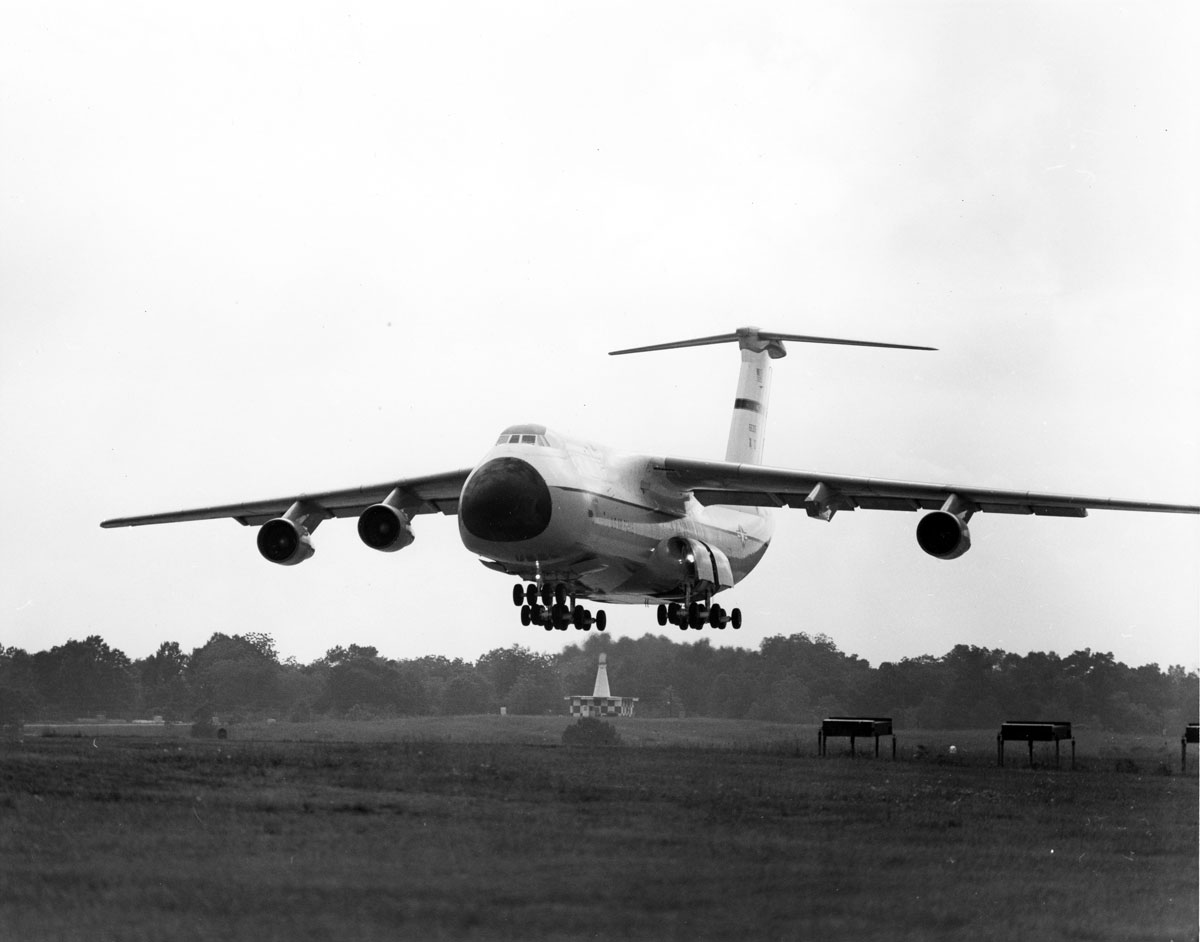 Appeared on Code One Magazine, the main image of the article features a C-5, flying with only three engines, landing at Dobbins Air Force Base (AFB), Georgia, on May 25, 1977, after flying from Travis AFB, California. On a prior flight, the aircraft (Air Force serial number 66-8306) suffered an inflight emergency that destroyed the left inboard engine and damaged the pylon. After landing safely, the engine was removed and the pylon temporarily faired over to reduce drag. The Galaxy was approved for a one-time, three-engine flight across the country for permanent repairs. This C-5A, the fourth Galaxy built, was initially part of the flight test fleet. It was last assigned to Kelly AFB, Texas, and was retired in February 2004 with 14,518 flight hours.

The second photo (which appeared on Code One too) instead shows a C-5, flying with only three engines, landing at Dobbins AFB, Georgia, on Jun. 29, 1979 after flying from Dover AFB, Delaware. In November 1978, this aircraft (Air Force serial number 70-0450) suffered a low pressure turbine failure that destroyed the left outboard engine and damaged the pylon. After landing safely, the engine was removed and the pylon temporarily faired over to reduce drag. The Galaxy was approved for a one-time, three-engine flight to Marietta for permanent repairs. This C-5A, the sixty-fourth Galaxy built, was last assigned to Altus AFB, Oklahoma, and was retired in April 2004 with 16,165 flight hours. 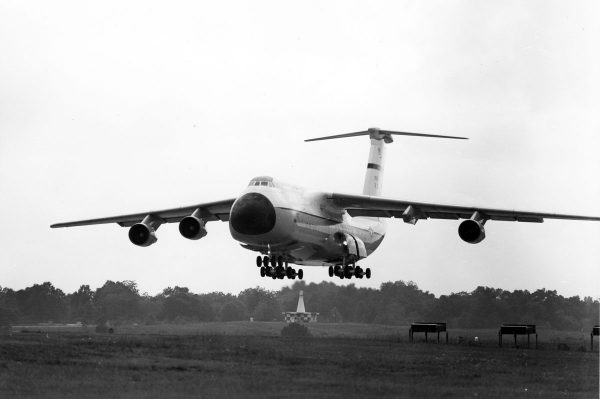 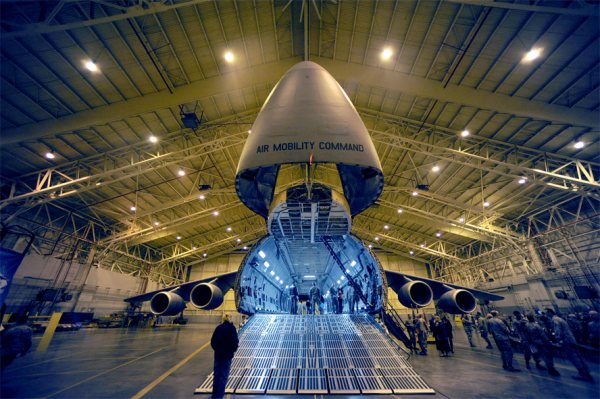