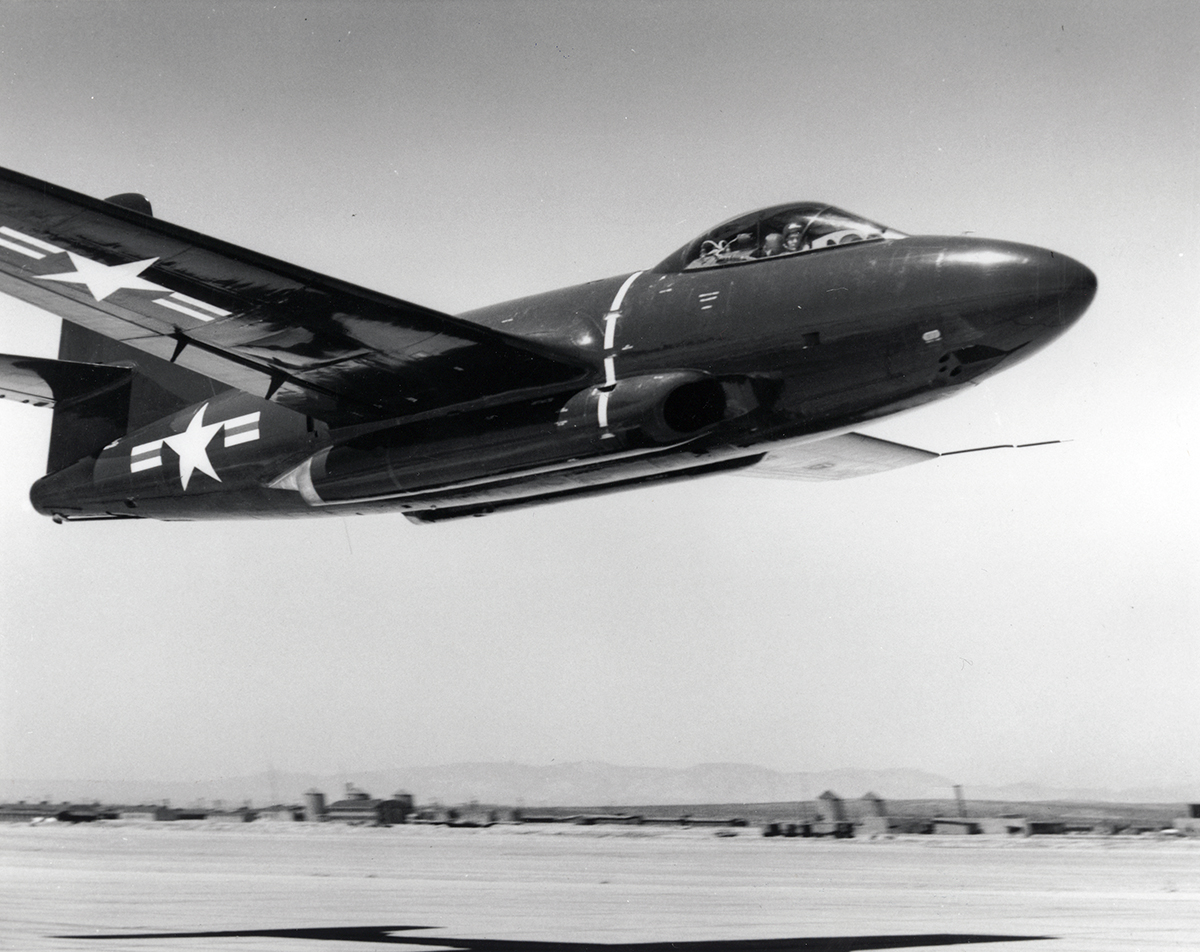 While it never achieved the fame of the North American F-86 Sabre, the F3D Skyknight did down several Soviet-built MiG-15s as a night fighter

Taken on Mar. 23, 1948, the interesting photo in this post shows the Douglas XF3D Skyknight performing its first flight, with Douglas test pilot Russell Thaw at the controls. The F3D, a large twin-engine night fighter developed for the U.S. Navy, had been trucked in to Muroc Army Airfield from El Segundo, California, for its flight test program.

Its mission was to search out and destroy enemy aircraft at night.

The F3D Skyknight was never produced in great numbers but it did achieve many firsts in its role as a night fighter over Korea. While it never achieved the fame of the North American F-86 Sabre, it did down several Soviet-built MiG-15s as a night fighter, with only one air-to-air loss of its own against a Chinese MiG-15, which occurred on the night of 29 May 1953.

Furthermore the Skyknight played an important role in the development of the radar-guided AIM-7 Sparrow missile which led to further guided air-to-air missile developments. It also served as an electronic warfare platform in the Vietnam War as a precursor to the EA-6A Intruder and EA-6B Prowler. The unusual, portly profile earned it the nickname “Willie the Whale”. Some Vietnam War U.S. Marine veterans have referred to the Skyknight as “Drut”, whose meaning becomes obvious when read backwards. This may be in reference to its age, unflattering looks or its low-slung air intakes that made it vulnerable to foreign object damage (FOD). 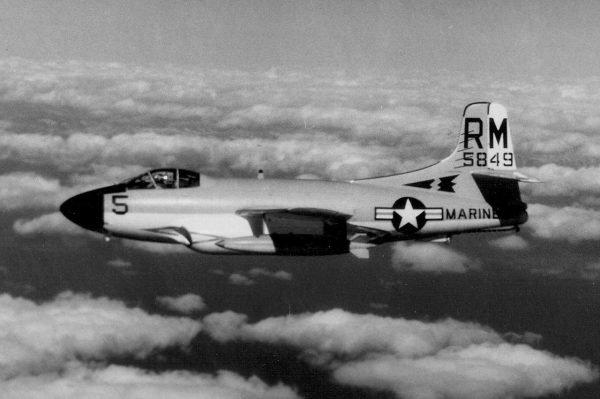 The EF-10B Skyknight that had a graffiti in Russian language saying ‘Join the U.S. Marine Corps’ painted on fuel tanks so that Soviet MiG pilots could read it during intelligence missions