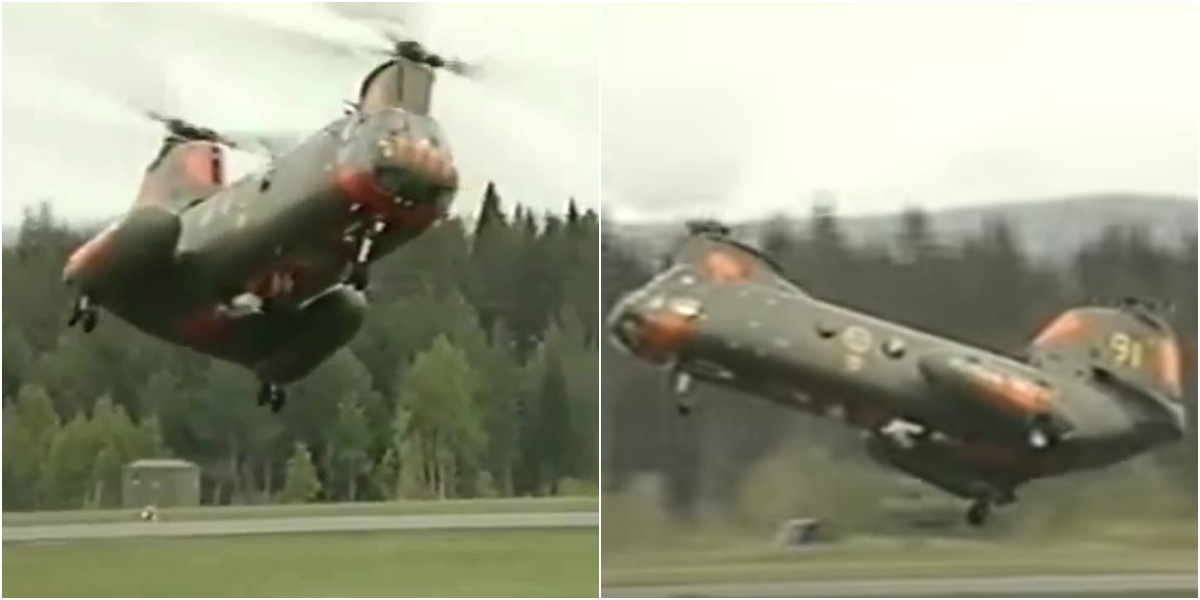 Although the pilot (as well as the whole crew) showed impressive skill in flying his Sea Knight helicopter, we can’t imagine how many red warning lights and buzzers were going off in the cockpit!

The cool, famed video in this post features a Swedish pilot doing crazy things with his CH-46 Sea Knight helicopter (not a Chinook as the video title says) during an air show.

Although the pilot (as well as the whole crew) showed impressive skill in flying his helicopter, we can’t imagine how many red warning lights and buzzers were going off in the cockpit!

The twin-turbine tandem-rotor CH-46A Sea Knight won a design competition for a medium assault transport helicopter for the Marine Corps in 1961 and made its first flight in August 1962.

The first U.S. Marine Corps Sea Knight was delivered in 1964 and began military service during the Vietnam War a year later, carrying troops and cargo to and from Navy ships in the China Sea.

Between 1964 and 1990, Boeing Vertol delivered more than 600 Sea Knights. During the 1980s and 1990s, Boeing developed modification kits and upgrades to modernize the Sea Knights.

The Sea Knight, affectionately known as the “Phrog,” was replaced by the V-22 Osprey. In October 2014, the Marines flew the last service flight of the CH-46.

In 1963, Sweden procured ten UH-46Bs from the US as a transport and anti-submarine helicopter for the Swedish armed forces, designated Hkp 4A. In 1973, a further eight Kawasaki-built KV-107s, which were accordingly designated Hkp 4B, were acquired to replace the older Piasecki H-21. During the Cold War, the fleet’s primary missions were anti-submarine warfare and troop transportation, they were also frequently employed in the search and rescue role. In the 1980s, the Hkp 4A was phased out, having been replaced by the Eurocopter AS332 Super Puma; the later Kawasaki-built Sea Knights continued in operational service until 2011, they were replaced by the UH-60 Black Hawk & NH90. 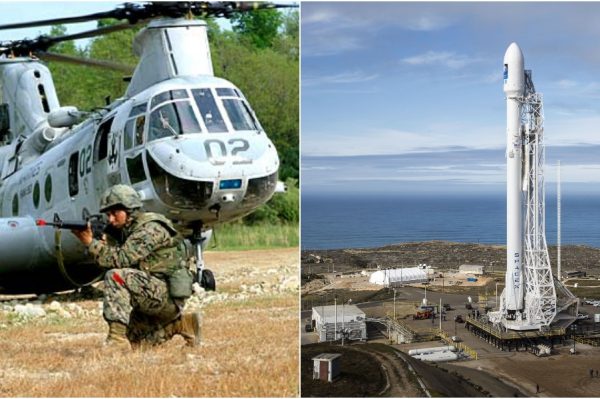 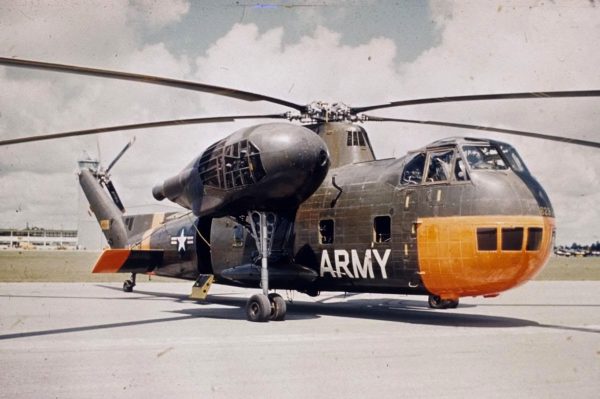