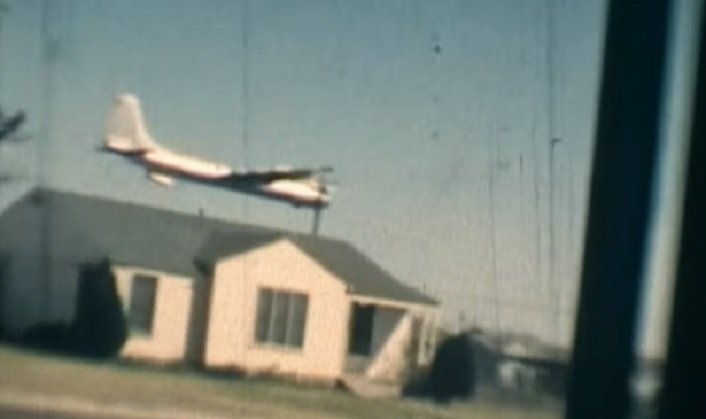 The impressive footage in this post shows a Convair B-36 Peacemaker strategic bomber performing a low pass over Fort Worth neighborhood. Neighbors in the Ridglea area south of Carswell Air Force Base (AFB) reported TV antennas snagged from roofs and structural damage to some homes.

According to the video the first clip is how a normal B-36 takeoff and climbout appeared from the Ridglea neighborhood just south of Carswell AFB.

The second clip instead shows the infamous “buzz job” that occurred one morning.

Born in response to the U.S. Army Air Forces’ (USAAF) requirement for a strategic bomber with intercontinental range, the Consolidated Vultee (later Convair) B-36 was designed during World War II, performed its maiden flight in Aug. 1946, and in Jun. 1948 the first operational B-36 was delivered to Strategic Air Command (SAC).

The Peacemaker could carry 86,000 pounds of nuclear or conventional bombs. 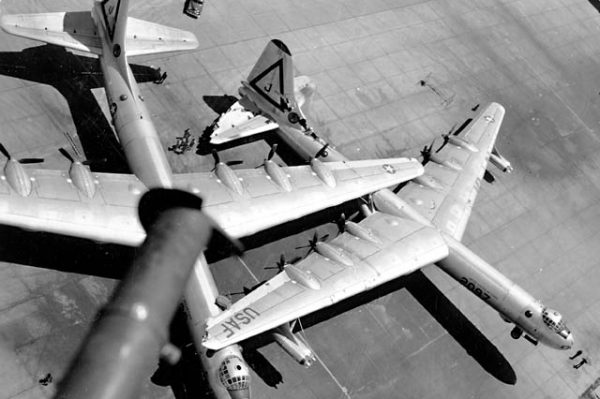