The impressive video in this post features a USAF C-5M Super Galaxy departing Prestwick airport in a stunning wall of water.

Filmed by Rob Brown on Friday Feb. 28, 2020, the impressive video in this post features a U.S. Air Force (USAF) C-5M Super Galaxy (84-0060 from Travis Air Force Base) departing Prestwick airport in a stunning wall of water.

As the clip shows, the weather on that day was terrible with almost biblical rainfall which made conditions challenging to say the least. The C-5M arrived at Prestwick the previous day and night stopped before departing back stateside.

The Super Galaxy is equipped with five sets of landing gear, 28 wheels, four General Electric CF6-80C2-L1F (F-138) commercial engines, and a state-of-the-art maintenance diagnostics system. It can carry oversized cargo over intercontinental ranges and can take off and land on relatively short runways.

Both the nose and aft doors open, allowing ground crews to simultaneously load and off-load cargo from both ends, reducing cargo transfer times. The full-width drive-on ramps at each end enable double rows of vehicles to be transported.

The maintenance diagnostics system has the ability to record and analyze data from more than 7,000 test points, reducing maintenance and repair time. 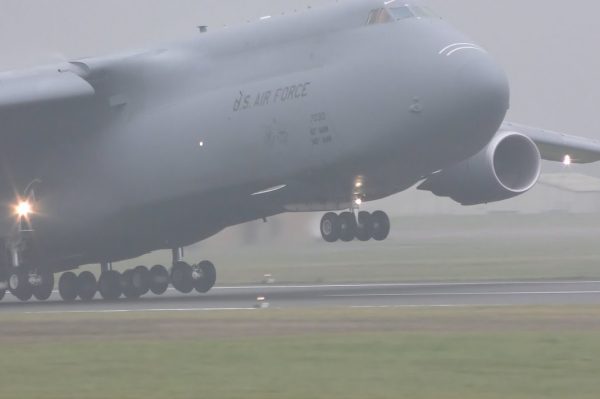 Impressive Video Shows USAF Heavies (C-17, C-5 and B-52) Taking Off on A Foggy Day at RAF Fairford 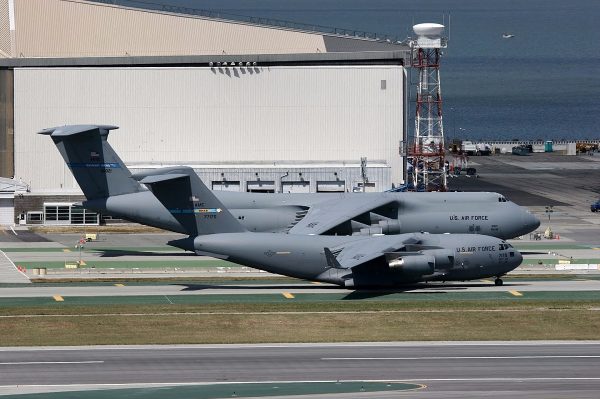 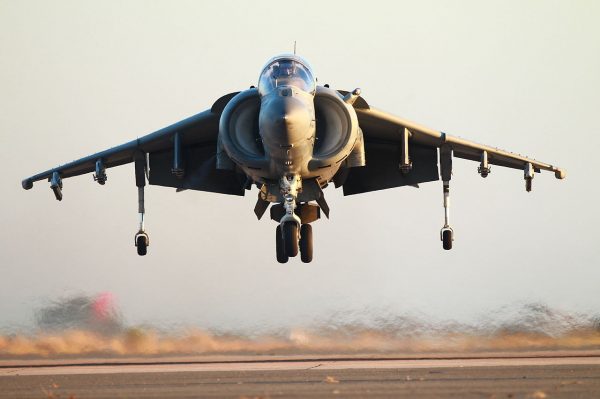