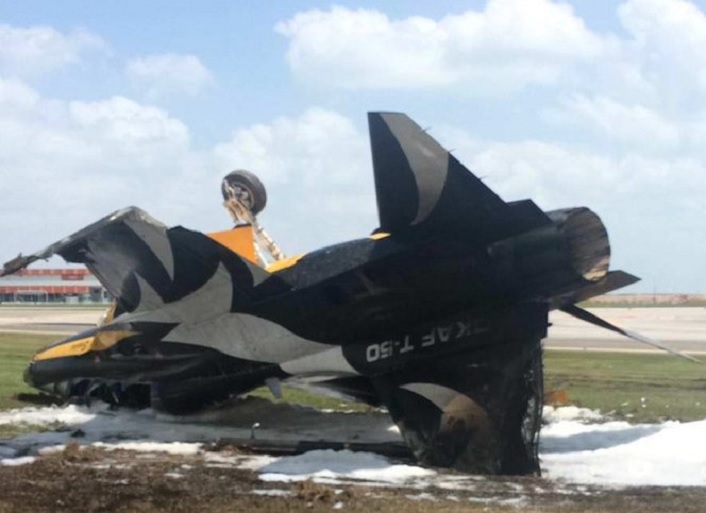 The T-50B skidded and crashed into the grass verge at the side of runway 1 and caught fire. The pilot sustained light injuries

Taken on Feb. 6, 2018 the impressive photos in this post show a Korea Aerospace Industries (KAI) T-50B aircraft from Republic of Korea Air Force (ROKAF) Black Eagles display team overturned after having crashed while taking off from Changi airport’s runway 1.

As reported in a statement by the Civil Aviation Authority of Singapore, the crash occurred at 13:24 local time when the jet “skidded and crashed into the grass verge at the side of runway 1 and caught fire. The aircraft was taking off for the flying display programme at the Singapore Airshow 2018.

“Airport Emergency Service responded to the incident immediately and the fire was extinguished.

“The pilot sustained light injuries and is being treated. Runway 1 will be closed until further notice.”

The team performs with eight aircraft. KAI says the T-50B is customised to increase manoeuverability, and also comes with smoke dispensers.

According Flight Global the type has proven popular in Southeast Asia. Thailand recently received its first two examples from an orderbook for 12 T-50THs, and the Philippines has received 12 FA-50s as it works to recapitalize its fast jet capability. Indonesia also operates 15 T-50As, having lost one in a crash.

In the Middle East, Iraq has received six examples from an order for 24 aircraft. 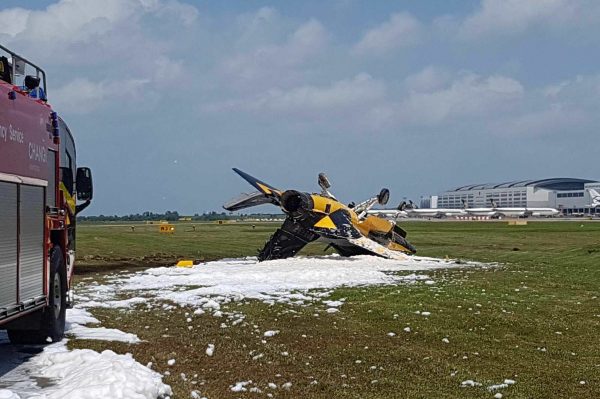