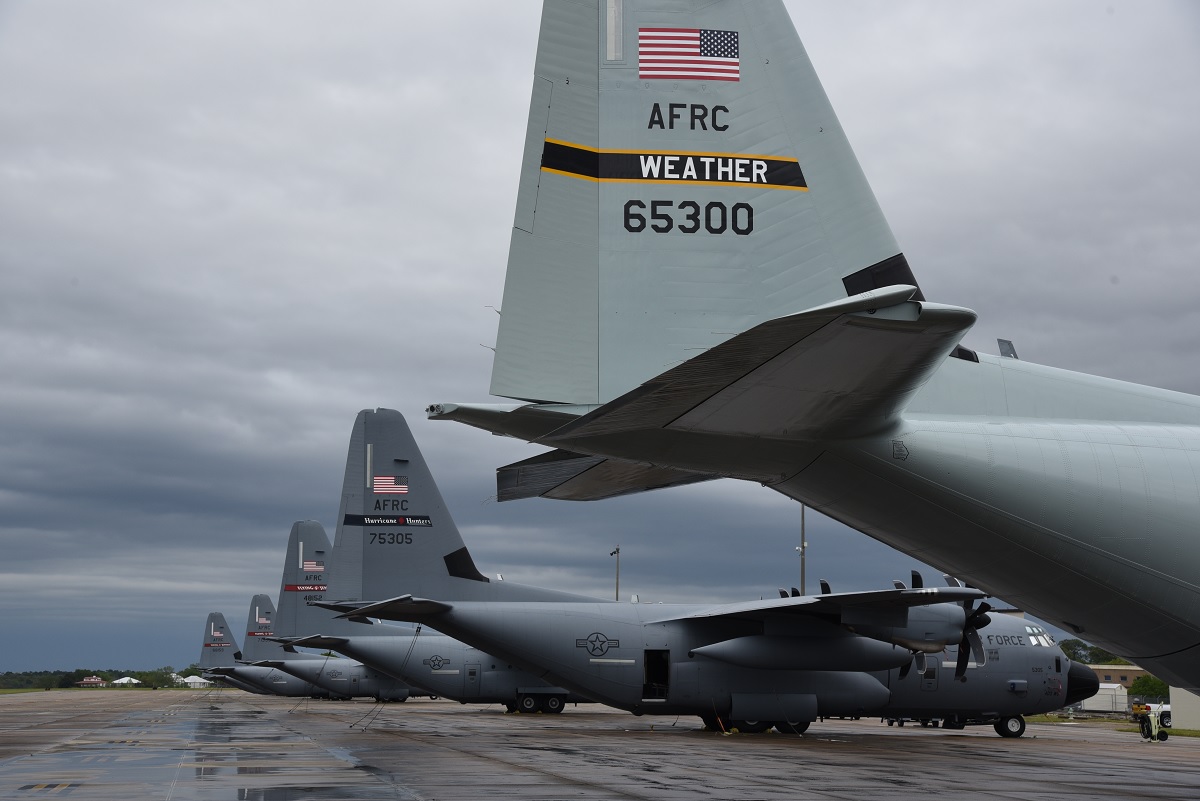 The first of the 10 WC-130J Super Hercules aircraft belonging to the Hurricane Hunters returned to Keesler Air Force Base, Miss., on Apr. 5, 2022 with the shiny paint job and the historic “Weather” tail marking.

The 53rd Weather Reconnaissance Squadron, commonly known as the “Hurricane Hunters” are going vintage, at least with the paint scheme on their aircraft.

As explained by Jessica Kendziorek, 403rd Wing/Public Affairs, in the article Going vintage: ‘Weather’ squadron returns to its roots, the first of the 10 WC-130J Super Hercules aircraft returned to Keesler Air Force Base, Miss., on Apr. 5, 2022 with the shiny paint job and the historic “Weather” tail marking.

“Prior to 2007, the squadron’s aircraft all had glossy gray paint, which was used on weather reconnaissance aircraft, primarily for its durability, longevity, and efficiency,” said Lt. Col. Erik Olson, 53rd WRS director of operations. “It also differentiates our platform from ready-for-combat C-130 aircraft and especially ‘other’ reconnaissance platforms, since our missions are strictly for peacetime weather data collection.”

The mission of the Hurricane Hunters is to recruit, organize and train assigned personnel to perform aerial weather reconnaissance.

The Air Force Reserve’s 53rd WRS is the only Department of Defense unit that provides surveillance of tropical storms and hurricanes in the Atlantic Ocean, the Caribbean Sea, the Gulf of Mexico and the central Pacific Ocean for the National Hurricane Center in Miami. The data collected by the 53rd WRS during tasked missions is shared with government and meteorological agencies in those regions helping the people of those areas be better prepared and make better decisions when hurricanes approach.

To perform their mission, the squadron has 10 WC-130J aircraft. These Super Hercules aircraft are equipped with palletized meteorological data-gathering instruments. The WC-130J is the next generation “Hurricane Hunter” designed to continue weather reconnaissance well into the 21st century.

“Providing this timely data is made more effective through cooperation with foreign governments, whether coordinating overflight to minimize enroute time to working diplomatic clearances in order to fly a hurricane to landfall inside territorial waters,” said Lt Col Byron Hudgins, 53rd WRS chief pilot. “The return to the gloss gray paint scheme changes the look from a tactical purpose and is a visual reinforcement to those governments that the WC-130J is there to help.”

“We are more than just the ‘Hurricane Hunters,’ and the tail flash of ‘Weather’ better represents our multiple missions,” said Olson. “We also fly reconnaissance into winter storms in the North East and into atmospheric rivers on the West Coast collecting weather data year-round to improve forecasts.”

It is also a blast from the past, and to return to the glossy paint takes the 53rd WRS and the 403rd Maintenance Squadron back to when the J-models first arrived at Keesler AFB.

“I flew the last WC-130J to Tinker for the tactical paint back in 2008,” said Hudgins. “I have been an advocate for this return ever since, and after 14 years I am happy to see the 53rd WRS return to its roots. We simply had the right people at the right time to make this a successful team effort.”

According to their technical data, the maintenance section found the tactical gray required touch up painting on the leading edges of the wings and on the vertical tail fin after each two-week storm rotation as compared to three to four storm rotations for the glossy gray.

“Going back to the glossy paint saves us money and manpower,” said Connors. “Also, the damage caused during the weather flights to the tactical gray paint would sometimes go all the way down to the metal, where the same type of weather damage to the glossy gray paint doesn’t have the same effect.”

Connors also said that the aircraft are set to follow their normal routine repaint schedule, while touch up will be handled by the fabrication flight. 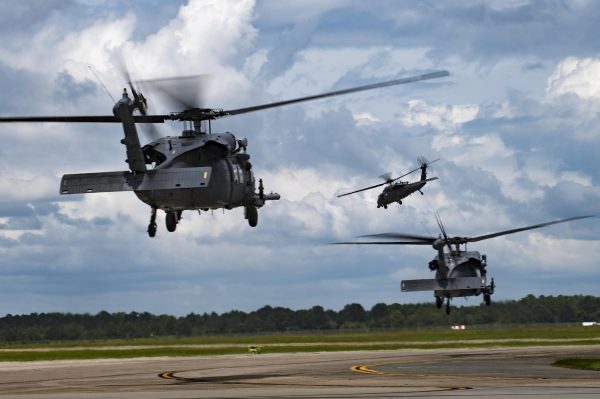