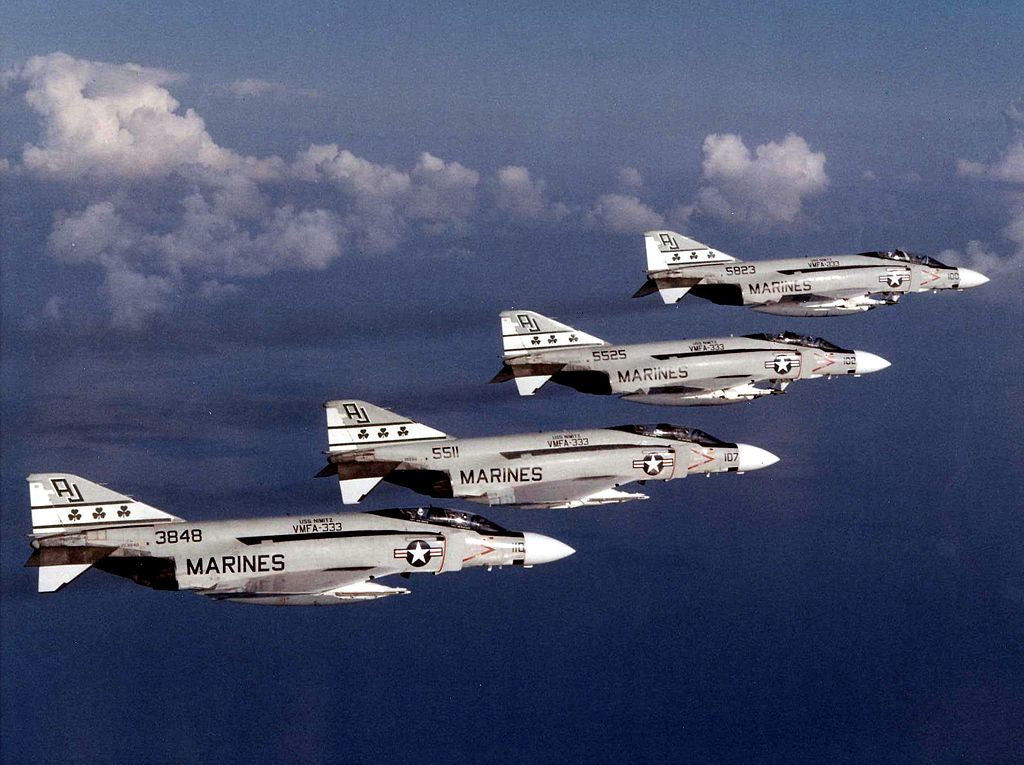 ‘The growl of the Sidewinder tone was loud enough to drive you from the cockpit, and it really did a job on that MiG,’ Capt ‘Lil’ John’ Cummings, VMFA-333 F-4 Phantom II RIO.

No fewer than 11 US Marine Corps squadrons flew versions of the Phantom II in Southeast Asia from May 1965 through to early 1973. Most missions were flown from land bases at Da Nang and Chu Lai, in South Vietnam, and Nam Phong, in Thailand. Rather than the air-to-air missiles that were the main component in the original F-4 armament, these aircraft carried an ever-expanding range of weaponry. Some toted 24 500-lb bombs and others strafed with up to three 20 mm gun pods, while most flew daily sorties delivering napalm, Snakeye bombs and big Zuni rockets.

Nevertheless one deployment was from an aircraft carrier, and included a successful MiG engagement.

Maj Lee ‘Bear’ Lasseter and Capt ‘Lil’ John’ Cummings were sere experienced aviators serving with VMFA-333 ‘Shamrocks’, which was assigned to Carrier Air Wing 8 aboard USS America (CVA-66). The only Marine F-4 squadron embark on a US Navy carrier during the Vietnam War, VMFA-333 had commenced combat operations on Jul. 14, 1972. Initially flying CAP and strike missions in Route Packages III and IV, VMFA-333 had been committed to the US Navy’s ‘hot’ Route Package VIB by September. Targets in this area included the heavily defended areas around Haiphong.

As told by Peter E Davies in his book US Marine Corps F-4 Phantom II Units of the Vietnam War, thanks largely to the expertise of veteran RIO John Cummings, the AWG-10 radars fitted in the unit’s F-4Js were among the most reliable anywhere. His pilot, ‘Bear’ Lasseter, had been a leading figure in the Marine Aviation Weapons and Tactics Squadron, which developed and taught Topgun-style ACM tactics. Following Lasseter’s training, ‘Shamrocks’ crews were highly proficient in air-to-air combat.

Their Sep. 11, mission was a MiGCAP orbit north of Haiphong from which they were vectored onto MiGs circling Phuc Yen airfield. Capt Cummings picked them up on radar at 19 miles, despite the VPAF jets being at low altitude, and the ‘Shamrocks” wingman, Capt Scotty Dudley, saw the leading silver MiG-21 at six miles. Lasseter launched two AIM-7E-2 Sparrows, but the MiG pilot evaded both weapons. A turning fight then developed immediately over Phuc Yen, with copious AAA fired the Phantom IIs. ‘Bear’ loosed off his other two Sparrows and two AIM-9Ds, but the MiG pilot kept up his low-altitude evasion.

Dudley soon had to break away with fuel starvation, as his jet had only received a partial in-flight ‘plug’ earlier in the mission. The MiG pilot chose that moment to reverse his turn, possibly assuming that Lasseter’s Phantom II (BuNo 155526) was out of missiles. However, ‘Bear’ still had two Sidewinders left, and he fired one of them. As John Cummings told to Davies, ‘The growl of the Sidewinder tone was loud enough to drive you from the cockpit, and it really did a job on that MiG. Everything of the cockpit was gone’.

Maj Lasseter then saw a black MiG-21 threatening Dudley’s departing Phantom II, and he warned his wingman to ‘break’ before firing his remaining Sidewinder, which also guided successfully. They saw the MiG diving away, trailing smoke, but then had to concentrate on urgent SAM warnings and a chronic shortage of fuel that compelled them to egress directly over Hanoi city. Moments later an SA-2 exploded near their right wing, and Lasseter regained control long enough for them to reach a safe over-water ejection, albeit at up to -6g. Dudley’s F-4J (BuNo 154784) was hit by AAA minutes later, and its remaining fuel gushed out. However he and his RIO, 1Lt J W Brady, also made it ‘feet wet’ over the ocean and eventually joined Lasseter and Cummings back aboard CVA-66 to celebrate the only all-Marines MiG kill, and another ‘damaged’. 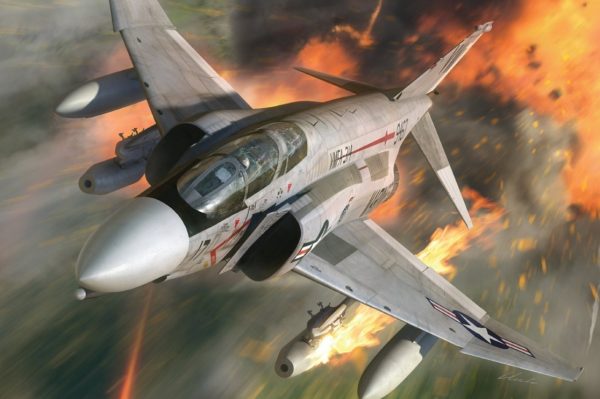 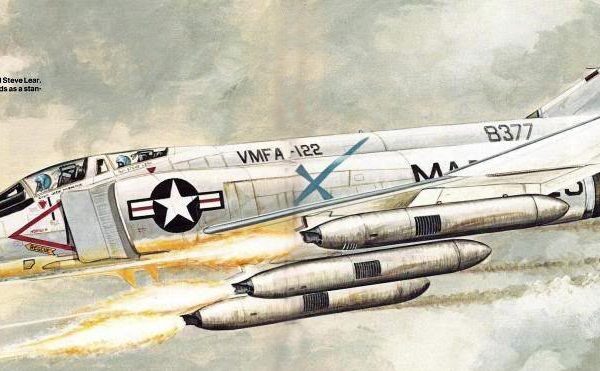 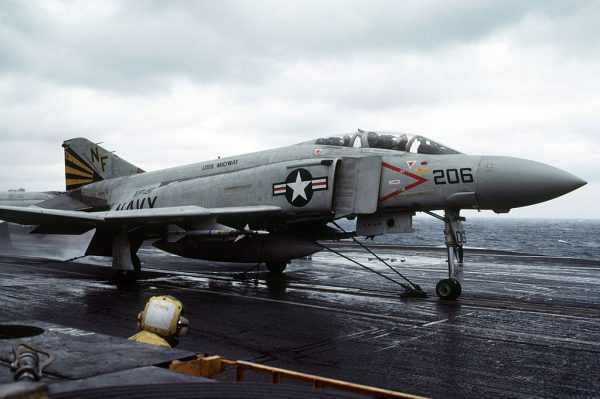