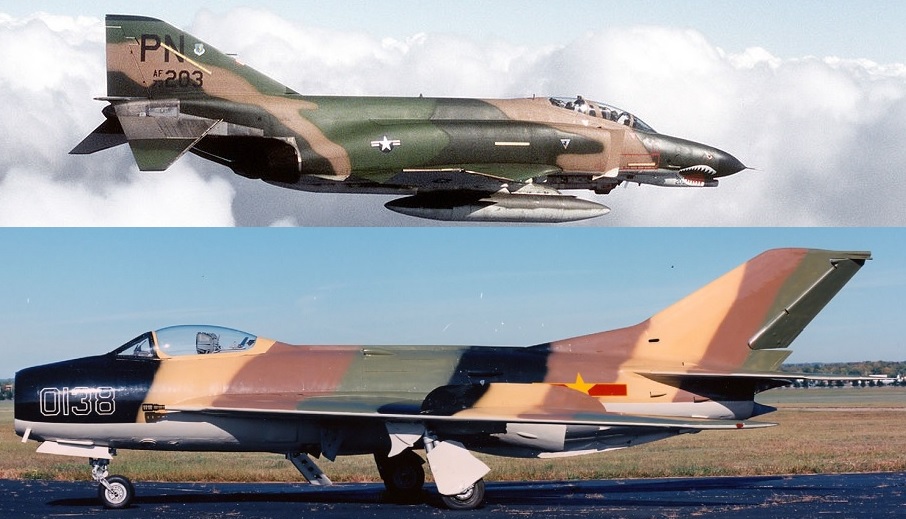 How a USAF F-4E flying at Mach 1.2 gun killed a North Vietnamese MiG-19 scoring the world’s only supersonic gun kill

The MiG crashed into a green meadow, exploding in a huge orange ball of fire. Brenda 01’s quarter-roll and zoom maneuver terminated at an altitude of 15,000 feet with an indicated airspeed still something well over 600 knots indicated

According to Colonel Phil “Hands” Handley’s book Nickel On The Grass Reflections of a U.S. Air Force Pilot, at the time of the kill, the estimated flight parameters were: F-4 speed over 1.2 mach (800+ kts); MiG-19 speed mach 0.77 (500 kts); altitude above terrain 500 feet; slant range 200-300 feet; and flight path crossing angle 90 degrees. This was the only MiG-19 shot down by cannon fire during the course of the war in Southeast Asia, and is believed to be the highest speed gun kill in the history of aerial combat and the world’s only supersonic gun kill.

Brenda, a flight of four F-4Es was on CAP (combat air patrol) north of Hanoi (axis approximately NE/SW) between the Gia Lam and Kep airfields. While doing a cross turn at the south end of the CAP orbit, Brenda turned into a fake SAM launch. At this time, the element, Brenda 03, became separated, hit “bingo fuel”, and began egress to the east. At approximately the same time, two MiGs launched from the Gia Lam airport to intercept the Brenda 01 element, and were called out to Brenda 01 by “Worm”, Brenda’s controller on the Red Crown frequency.

Brenda 01 turned to meet the threat, but Brenda 02 called “bingo”, and Brenda 01 & 02 began egress on a heading of 100 degrees, at approximately 15,000 feet and 450-475 KCAS with Brenda 02 on the right side, 1,000 feet out, line abreast. During this egress, Brenda 01 caught a sun flash through the scattered cloud deck at approximately 10,000 feet at his 3 o-clock position, and erroneously called it out as a MiG-21 while crossing Brenda 02 to the left wing. Brenda 01 continued to look in vain for several seconds with no results, until a weak golf-band one-ring strobe at four 0-clock on his RHAW caused Brenda 01 to scan further aft, where he saw two silver MiG-19s in a sharp bearing formation, closing on him in a curve of pursuit from his 4 to 5 o-clock position, at a range of approximately 8,000 feet.

Telling Brenda 02 to continue the egress while he engaged, Brenda 01, in fourth stage afterburner did a very high G 135 degree slice into the attacking element. Brenda 01 felt the F-4 go supersonic after approximately 90 degrees of turn. The MiG-19s, instead of continuing their attack to pass Brenda 01 close aboard to deny him turning room, initially turned down and left to a heading of approximately south. At no time during the slice turn did Brenda 01 take his eyes off the MiGs. However by the 300 degree point of Brenda 01’s turn, he found himself exactly “tail on” to the tiny MiGs at a range of approximately 2 miles…. at which point they simply disappeared before Brenda 01’s 20:10 eyes.

Brenda 01 let off the G to lag to the outside of the perceived turn circle, and almost immediately picked up the MiGs again as they began to show some planform view due to their continuing right turn. Pulling the nose to pure pursuit, Brenda 01 asked for and got “5 mile radar boresight” from Lieutenant Smallwood. With the pipper on the trailing MiG, an “auto acquisition” radar lock-on was achieved. After 4 seconds of settling time, Brenda 01 ripple fired his two AIM-7 Sparrows. The first missile’s rocket motor did not ignite, and the second failed to guide.

Brenda 01 did a lag pursuit roll to reduce angle off as he selected heat missiles. Brenda 01 got the standard AIM-4 background tone, heard it rise to tracking tone as he put his pipper on the trailing MiG, un-caged the missile heads, pulled lead and fired his two remaining AIM-4E Falcon missiles. The first missile went ballistic and the second never left the right inboard pylon launcher rail. The MiG leader, apparently seeing the smoke trail from the first AIM-4 tightened his turn greatly, turning both MiGs into balls of condensation in the humid SEA air.

By now, the fight was descending rapidly through approximately 2000 feet AGL, and the slant range from Brenda 01 to the MiGs (which were still in very close bearing formation) was decreasing very fast from about 3,000 feet, with angle off increasing rapidly. Brenda 01 selected guns, pulled nose into lead pursuit (carrying the trailing MiG in the left quarter panel of his windscreen so that he could keep him in sight), and at the last moment, rolled slightly left and up into the plane of motion, then depressed the trigger. Once in the plane of motion, Brenda 01 was unable to see the MiG due to the long nose of the F-4E, but shortly thereafter the trailing MiG flew squarely through Brenda 01’s plane of turn at a slant range of 200-300 feet at approximately 90 degrees angle off, at which time both Handley and Smallwood saw multiple 20mm hits down the axis of the MiG.

Brenda 01 quarter-rolled and zoomed while continuing to watch the MiG, which was now in heavy wing rock, nose dropping, with fire, pieces of the aircraft and fluids streaming from the right wing root. The MiG’s nose continued to drop and it crashed into a green meadow, exploding in a huge orange ball of fire, approximately 10 seconds after Brenda 01’s 300 round burst. Brenda 01’s quarter-roll and zoom maneuver terminated with a hard pull down from vertical to horizontal flight to a heading of east, at an altitude of approximately 15,000 feet with an indicated airspeed still something well over 600 knots indicated.

Handley flew 275 combat missions during two tours in Southeast Asia in the F-4D and F-4E. His awards include 21 Air Medals, 3 Distinguished Flying Crosses, and the Silver Star.

At the time of the engagement, the F-4E had no gun camera, but the engagement was recorded by Lieutenant Smallwood on a portable audio cassette in the rear cockpit map case (you can listen to the recording by watching at the video in this post). The times shown below are correlated to the tape, with 0+00 occurring just prior to the first calls of MiG activity by various control agencies.

Time: 0+35
Handley: Brenda, pods on
” Handley: I don’t see that fucker.
” Smallwood: I don’t either.
” Downey: Brenda, three’s going to turn east bound… I lost you in that break.
” Handley: OK Brenda, let’s reverse course back to east.

Time: 3+40
Handley: OK, I’m going to take one quick run at him two, you continue on out
” Green: I’ll stay with you.
” Unknown Flight: Brenda one… garble
” Unknown: Was that Brenda one exiting the area?
” Handley: Negative, Brenda one’s on a MiG-19.

Time: 4+58
Garbled transmissions… let’s get out of here
” Handley: That’s that gun baby.
” Green: Let’s get out of here Brenda… he’s… uh closing at six right now.
” Straining under Gs during pull down to the east from vertical quarter-roll and zoom maneuver 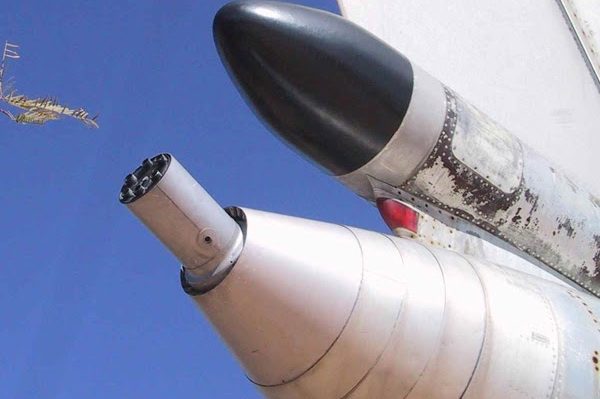 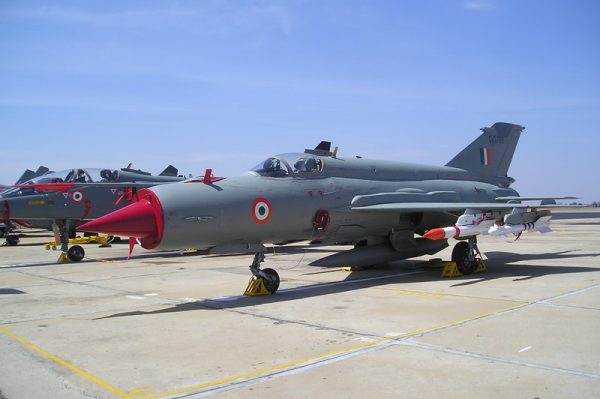