The horrific video in this post shows the recent crash of a Russian Air and Space Force (RuASF) Tupolev Tu-22M3 (NATO reporting name: Backfire) supersonic strategic bomber. Noteworthy as we have recently reported the aircraft crashed in Russia’s north-west while trying to make a landing during a sudden snowstorm on Jan. 22, 2019. According to RT two crew members died in the incident while two others were injured.

As reported by the Russian defense ministry the bomber got into trouble after conducting a training exercise. The Tu-22M crew tried to land at an air base near the city of Olenegorsk in Russia’s Murmansk region.

The Russian defense ministry stated that the aircraft was destroyed by the impact, two crew members died on the spot while two others survived and were taken to a hospital for treatment.

Noteworthy the storm, which affected the aircraft, is of a rare kind that only happens in Arctic areas: in fact not only is almost impossible to predict but also develops very rapidly, turning a calm day into a fierce and dangerous blizzard.

The Tupolev Tu-22M Backfire is a supersonic, variable-sweep wing, long-range strategic and maritime strike bomber developed by the Tupolev Design Bureau. During the Cold War, the Tu-22M was operated by the Soviet Air Force (VVS) in a strategic bombing role, and by the Soviet Naval Aviation (Aviacija Vojenno-Morskogo Flota, AVMF) in a long-range maritime anti-shipping role. Significant numbers remain in service with the RuASF: as of 2014 more than 100 Tu-22Ms were in use.

The aircraft that crashed in the Murmansk region had no weapons on board, according to the ministry statement.

The air base near Olenegorsk is operated by the long-range command of the RuASF and is one of several where Tu-22M3s are deployed. 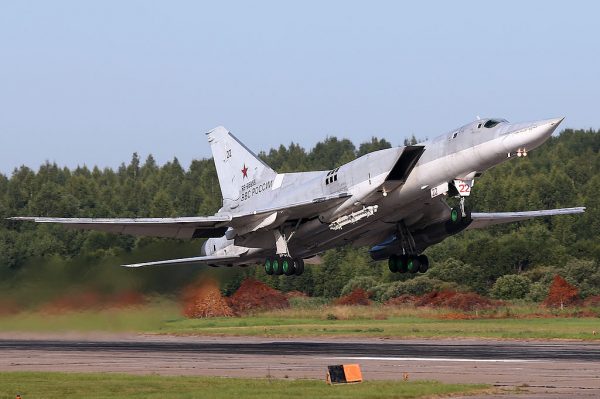 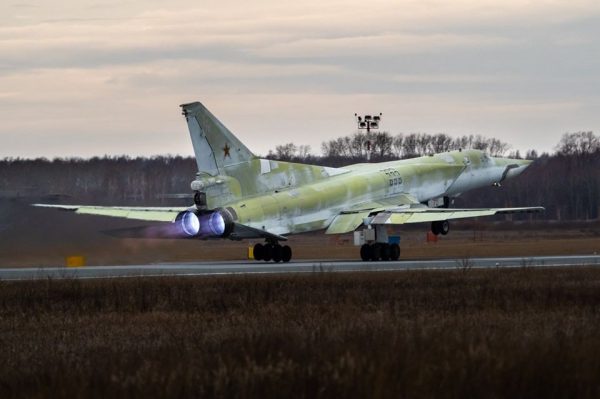