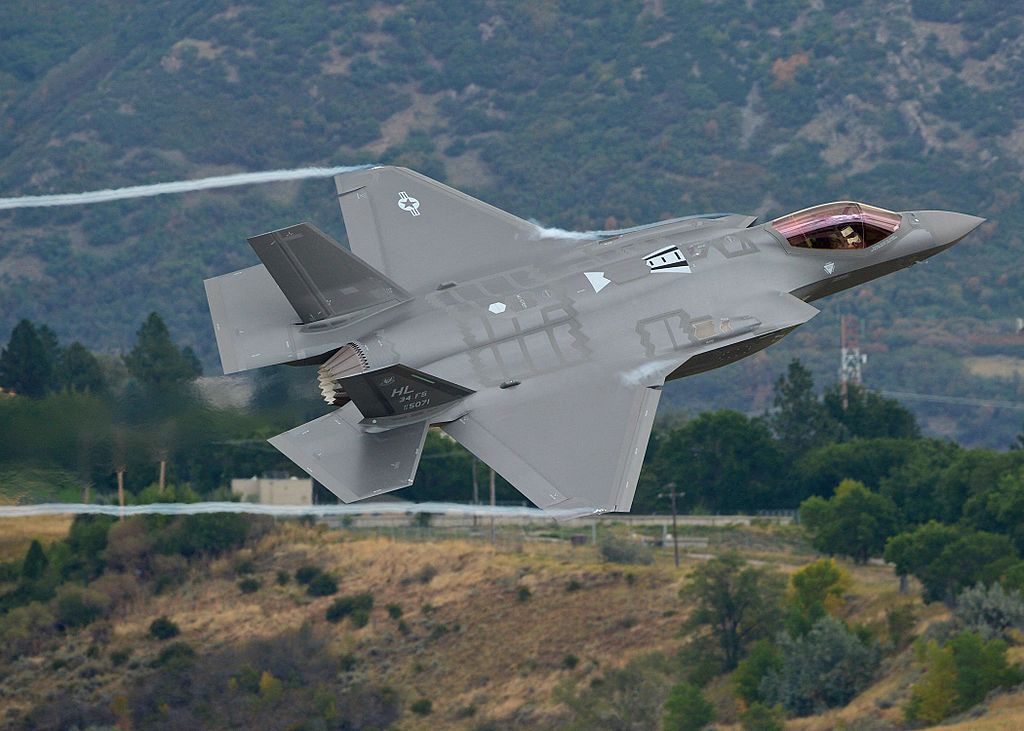 Since F-16s are being phased out at Hill and transferred to other bases, the F-35 will now be the “face” of northern Utah July Fourth events

Independence Day celebrations across northern Utah will be special this year as the F-35A from the 419th Fighter Wing at Hill Air Force Base (AFB) will be making their debut at the flyovers.

Lt. Col. Dave DeAngelis will be the lead and his wingman will be Lt. Col. Bart Wilbanks. Both are Air Force Reservists.

For the past three decades, the U.S. Air Force Reserve unit at Hill AFB has performed Independence Day flyovers in the iconic F-16 Fighting Falcon.

From now on since, as we have explained, the F-16s are being phased out at Hill and transferred to other bases, the F-35 will now be the “face” of northern Utah July Fourth events as two of the jets make their debut over more than a dozen cities, including Centerville, Clearfield, Huntsville, Liberty, Morgan, Murray, North Ogden, Park City, Riverdale, West Point and Vernal.

“It’s just our way of giving back to the community,” explained Lt. Col. Dave DeAngelis, fighter pilot with the 466th Fighter Squadron of the 419th Fighter Wing reserve unit at Hill AFB, to Deseret News.

According to DeAngelis the flyovers are performed at 345 mph at a height of about 1,000 feet over various local celebrations in a two-hour period beginning at 9 a.m. Tuesday.

“It’s great to see the local community as we fly in the air over the Wasatch Front,” he said.

DeAngelis will be joined by Lt. Col. Bart Wilbanks. Both are former F-16 pilots who have transitioned to the F-35 and both have a full-time civilian career and serves part time as fighter pilots in the Air Force Reserve.

DeAngelis explained that even if the flyover is primarily an entertainment mission, it is performed with the same level of precision as any other flying exercise.

“(In the No. 2 position), I’ll be basically flying 3 feet off (Col. Wilbanks’) wing,” DeAngelis pointed out. “As he manuevers, I’m just trying to (remain) in position.”

Moreover he added that fighter pilots strive to conduct perfect missions whether in training, combat or flyovers, and each time in the air is an adrenaline rush.

“At times it can be a little bit nerve-wracking, but we get very good training, and this (kind of formation) is something they taught us in pilot training,” he said. “Most of the time you’re just focusing on being the best wingman you can be and making small corrections as you go. It’s a team approach.”

However maintaining concentration and composure are key throughout any flight.

“During pilot training, they teach us to wiggle our toes a little bit, and that just allows you to relax,” DeAngelis remarked. “Utah is a beautiful place to fly, being over the Wasatch Front. It’s just a phenomenal airspace.”

Hill received the F-35A in September 2015 and will be home to three fighter squadrons with a total of 78 aircraft stationed at the base by the end of 2019. The active duty 388th Fighter Wing and 419th reserve unit fly and maintain the jets in a Total Force partnership, which capitalizes on the strength of both components. Noteworthy this “force-partnership” concept was validated even during the first U.S. Air Force (USAF) F-35A deployment to Europe last spring.

Hill’s fleet of F-16 fighter jets is scheduled to depart the base permanently this fall. 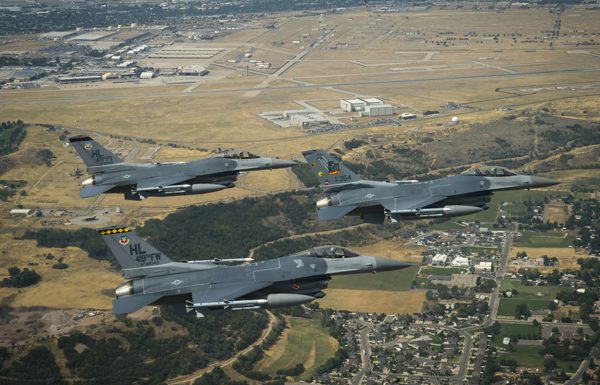