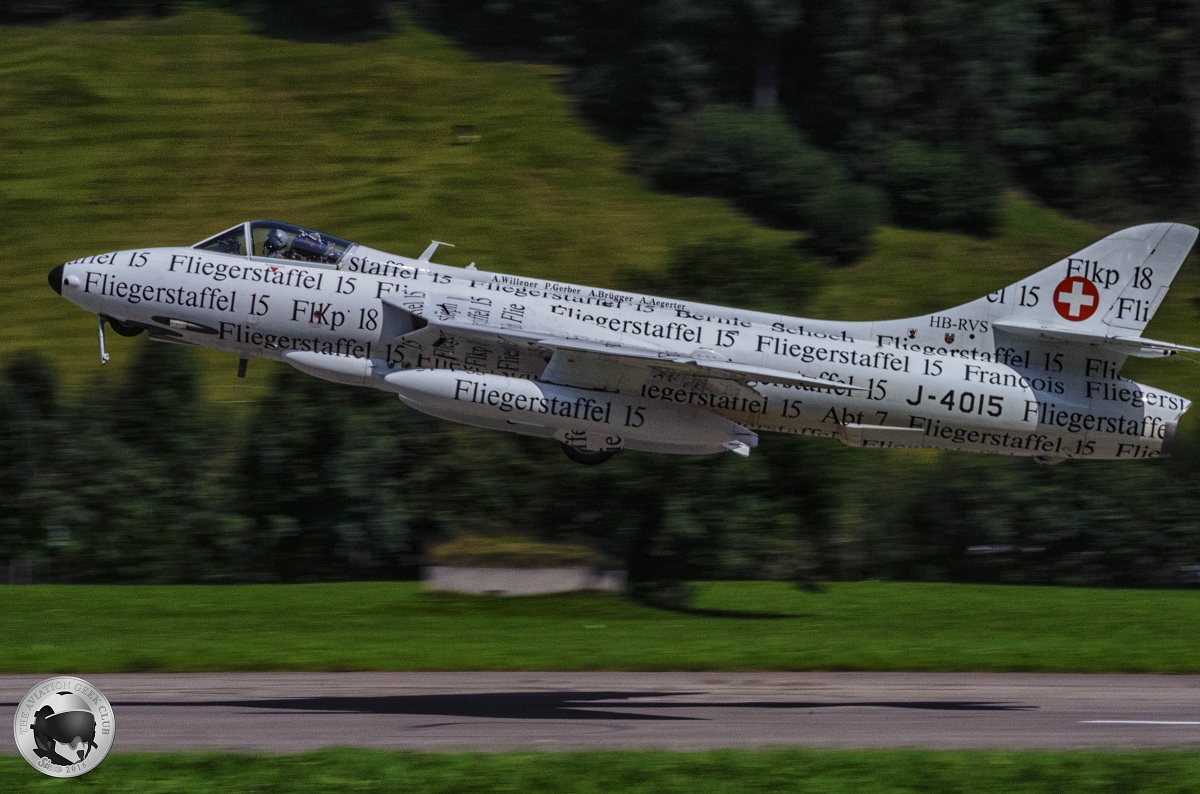 HERE ARE THE HIGHLIGHTS OF HUNTERFEST AIRSHOW 2017 IN SWITZERLAND

The star of the airshow was the famous “Papyrus Hunter,” a special painted Hawker Hunter F.MK.58 which served in the Swiss Air Force as J-4040

Taken on Aug. 26, 2017 the interesting photos in this post show some of the aircraft that participated in Hunterfest 2017 airshow at St. Stephan Airport.

As featured by the images of this post among the aircraft that took part in Hunterfest there were several samples of Hawker Hunter and de Havilland Vampire Cold War Era fighters, and of Pilatus P3s and PC-7 trainers.

The Beech 18s and the DC-3 of the Classic Formation and the F-5 Tigers of the Patrouille Suisse (that returned to perform in the skies over St. Stephan after several years of absence) were also among the participants of Hunterfest 2017.

However the star of the airshow was the famous “Papyrus Hunter,” a special painted, Hawker Hunter F.MK.58 which served in the Swiss Air Force as J-4040.

In the autumn of 1994 this aircraft received a special painting to celebrate the Hunter retirement from Swiss Air Force operational service.

J-4040 received a white basic color and the names of the pilots as well as the text Fliegerstaffel 15 in black letters in newspaper style, in reference to the symbol of the paper flyer (which was the coat of arms of Fliegerstaffel 15, a squadron that operated the Hunter out at St. Stephan air base and the last unit to fly the Hawker Hunter in the Swiss Air Force).

Originally, the Papyrus Hunter had to become a gate guardian placed on a pedestal at the entrance of St. Stephan airfield, but luckily the Hunterverein Obersimmenthal managed to keep the aircraft airworthy until today with the civilian registration HB-RVS.