TRENDING NOW
Did you know the AIM-9X Air-To-Air Missile is...
Sikorsky Receives Contract to build 6 LRIP Lot...
The NRA-3B Snoopy, the Skywarrior deployment during Operation...
USAF to retire 17 B-1B Lancer Strategic Bombers...
Former KC-135 Pilot tells the story of When...
USAF Materiel Command History Office Releases Graphics of...
The Unknown Story of the F-117 that was...
French Air Force A330 Phénix Tanker flies 3,500km...
Daredevil ‘Mad Mike’ Hughes dies while Launching Himself...
Here’s why NASA Equipped an F-15 with an...
Home Aircraft Carriers Here’s why this famous F-8 crash landing would have been much worse on a straight deck carrier
Aircraft CarriersLosses and Aviation SafetyMilitary Aviation

The F-8 snapped a main gear strut while landing aboard the USS Franklin D. Roosevelt (CVB-42). The magnesium strut ignited and the jet rolled off the end of the angled deck

The interesting photos in this post show a Vought F-8 Crusader from the Red Rippers of Fighter Squadron 11 (VF-11) snapping a main gear strut while landing aboard the USS Franklin D. Roosevelt (CVB-42) on Oct. 21, 1961. The magnesium strut ignited and the jet rolled off the end of the angled deck, but the pilot ejected at the last second using his Martin Baker F5A ejection seat and survived the mishap uninjured.

Martin Baker used these photos in a very successful campaign.

Noteworthy these well-known photos show why the angled deck is better than the straight one. 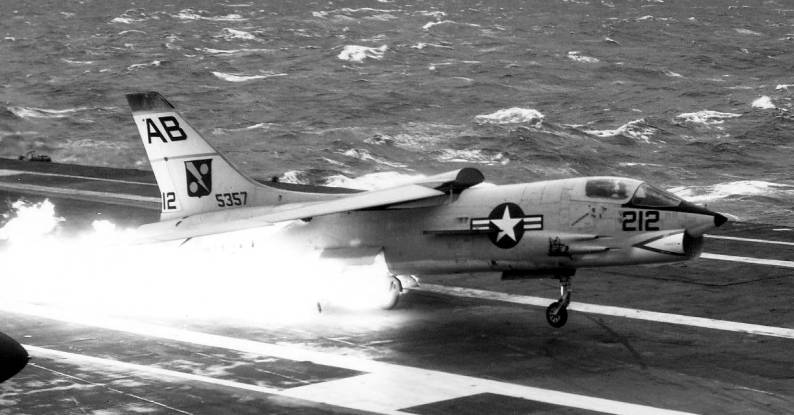 As explained by Robert R. “Boom” Powell, Commander, USN (Ret.) in his book Wave-Off! A History of LSOs and Ship-Board Landings, shifting the landing area diagonally on an aircraft carrier has many advantages over the original straight deck, wires and barriers system. Actually there is more deck available forward for an aircraft park and space for catapults. 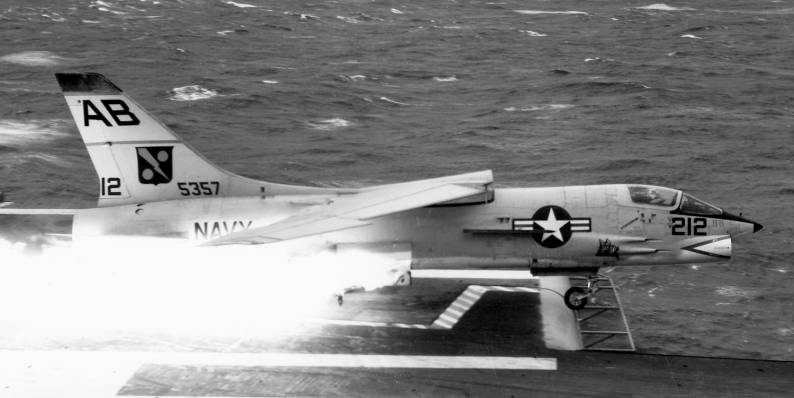 Moreover with nothing but open deck in front, landings are much safer. In fact in case of the hook not catching a wire the airplane can take off again (or crashing in the sea in the case of a hard landing like that of the photo sequence of this article) instead going forward into the aircraft parked forward. 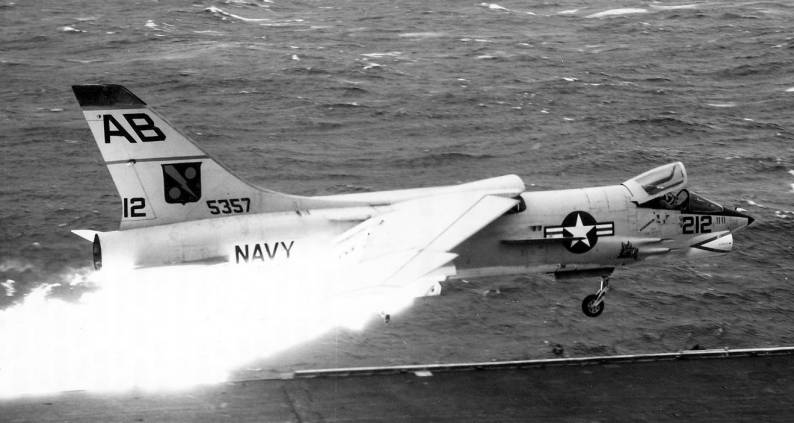 The angled deck also allows to get the best wind for landings since the carrier has simply to head into the wind. The ship handlers in fact had to combine the ship’s movement with the natural wind to have the component straight down the angle. This also blew the exhaust gasses from the ship’s boilers off to the side. As explained by Powell, when there was no wind the carrier had to make its own. That meant that a right-hand crosswind made line-up more difficult and that stack gas would be in the groove. 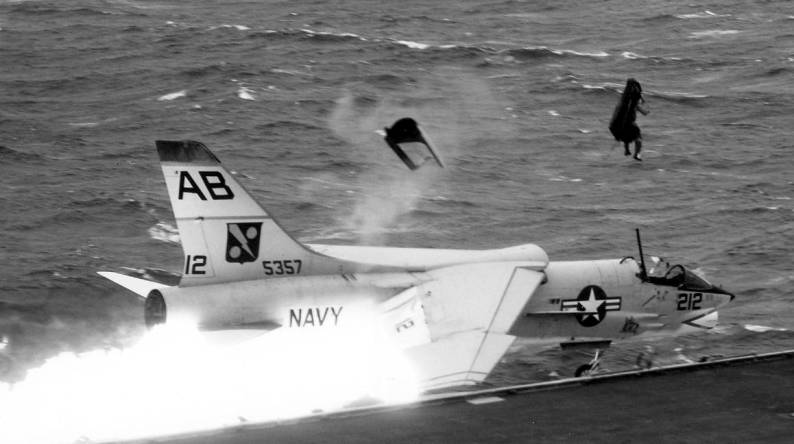 Did you know the AIM-9X Air-To-Air Missile is...

The NRA-3B Snoopy, the Skywarrior deployment during Operation...