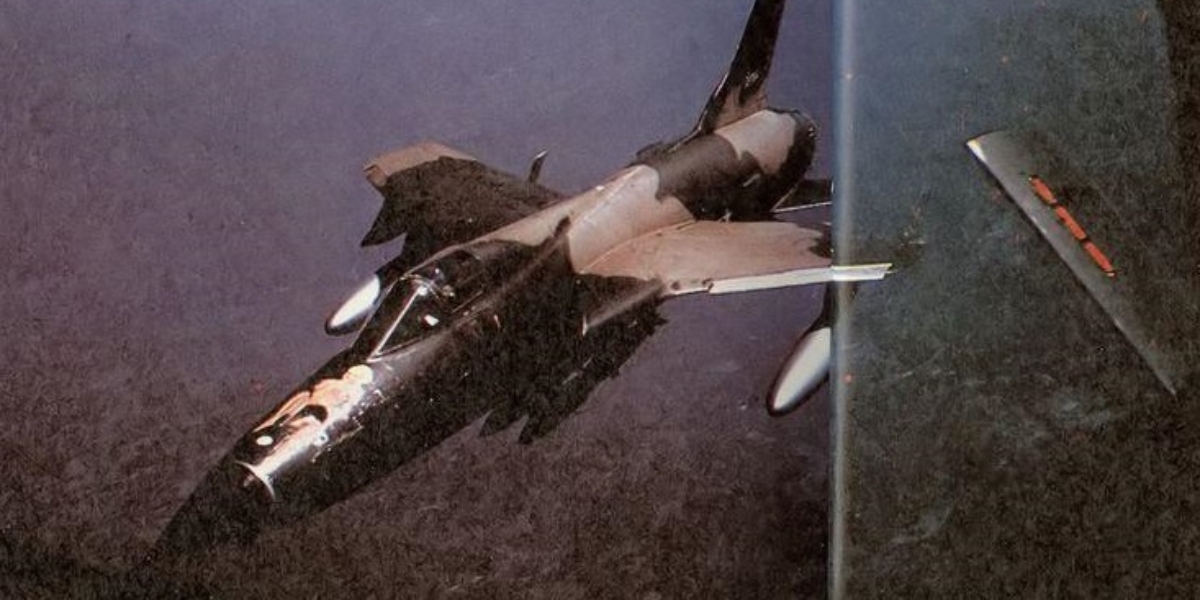 The instant Ms. Galore showed up, there were cries of “SHE’S HERE!” and Vic can see crews crowding the boom operator window for a view, with camera flashes going off also.

One of the most famous, or infamous, depending on your point of view, F-105D was known as P***y Galore. This aircraft was flown by Captain Victor “Vic” Vizcarra.

According to an interesting post appeared on Reddit, the original P***y Galore I marking was painted in July 1965. The idea came about as an inside joke for the KC-135 tanker crews, especially the boom operators who had trouble putting the boom into the receptacle so Capt. Vizcarra painted P***y Galore right on the nose so that her umm………”Strategic Part” was right over the receptacle! She was named after the female executive pilot to the evil Goldfinger in the James Bond film of the same name.

The first meeting between Ms. Galore and the tankers did not end well. The pilot (not Vizcarra) told the tanker crew that “she” was a virgin and this is “her” first time. The boom operator mistook the phrase as this the first in-flight refuel for the pilot and talked him all the way in, much to the bemusement of all the Thud pilots involved. No mention was made of Galore, much to their disappointment.

Subsequent flights proved to be much more entertaining. The instant Ms. Galore showed up, there were cries of “SHE’S HERE!” and Vic can see crews crowding the boom operator window for a view, with camera flashes going off also. There were snickers when the boom operator inserted the boom into Galore’s “Strategically Positioned” receptacle, completing the equivalent of an umm….ohh yeah! After coming off the boom, there were cries of, “Was that good for you?” “Ok, just how much did it cost me this time?” “Take good care of her now!” and “God damn it! There goes another 100 bucks down the drain!” can be heard. There were quite a few laughter, snickering and smiles from both sides at those. Alas, it all came to an end eventually.

Unfortunately, this plane also did not make it. During the bombing lull ordered by LBJ in 1968, P***y Galore II was sent over to Taiwan for a needed major maintenance and overhaul operation. Unfortunately, she was involved in a major ground collision accident and became a total write-off.

The marking itself though, didn’t last that long. It was found out by the new Wing commander three weeks after application. The commander was Robert Scott, a WW II war hero and great pilot. He immediately went apoplectic ape S_____ and ordered Galore removed on the spot! Thus ending the P***y Galore story.

Just how popular P***y Galore was? Well, on one needed R&R trip to Guam, one day, Vic and his fellow Thud pilots raided the local watering hole. They were instantly met by a bunch KC-135 tanker crews. They recognized them by their Thud patches. The tanker crew instantly asked them about a special and very VERY memorable Thud because it had a huge naked chick sprawled on the nose, with her special part strategically covering the receptacle. They said not only was that Thud an “eyeful” for everyone involved, but it was also a huge morale booster on an otherwise boring tanker sortie and made the boom operator’s life a hell of a lot easier. Everyday they were praying that this Thud would show up and brighten the tanker crew’s day a bit. This is why it was so disappointing when she finally disappeared for good!

They asked who was it that came up with the idea and who was the driver of that Thud. They also said this wasn’t their first time asking this question. Well, someone on Vic’s team ratted him out as the guy who came up with THE P***y Galore concept! The tanker crew actually cheered when they realized not only did they found out the pilot, but got a name to go with the plane also! For the rest of that night, Vic couldn’t buy a drink without someone from the tanker crew picking up his tab!

Never EVER underestimate the effect of a good morale boost no matter where it came from! 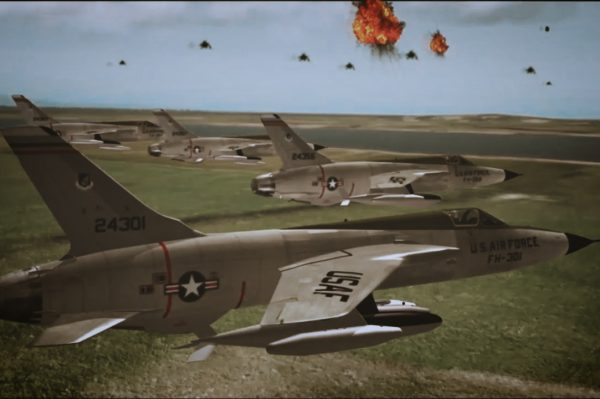 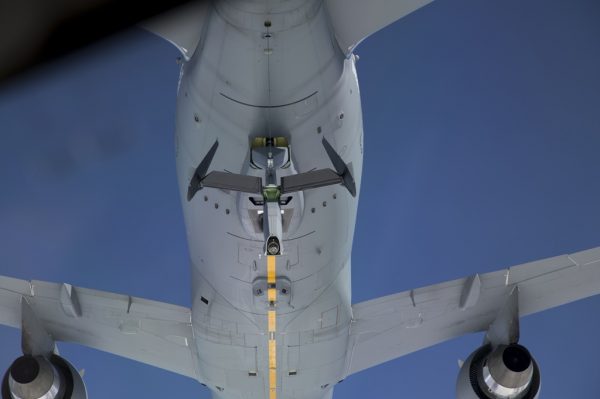 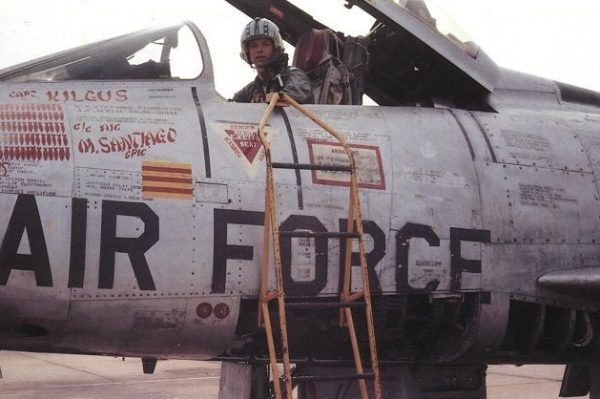