Log In Sign Up
Homepage Cold War EraHere’s why the F-16N had been the finest adversary fighter ever flown by the U.S. Navy 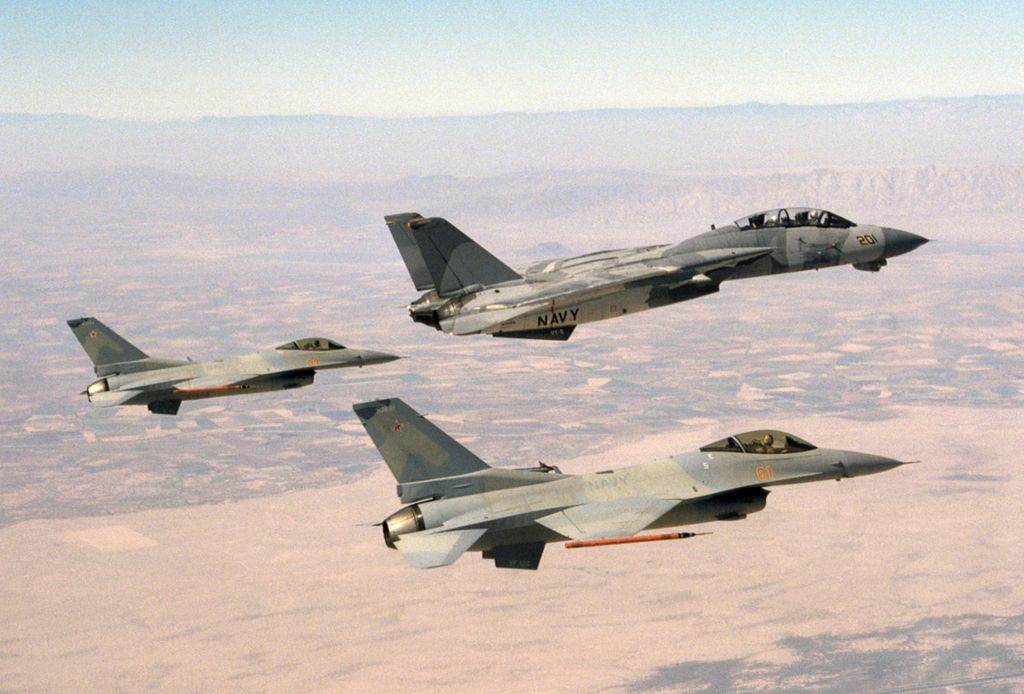 From the U.S. Navy perspective, short of actually having a Fulcrum or Flanker, the F-16N was as close to a real dissimilar fighter as they could get.

The F-16 has the distinction of being the only 4th generation adversary that has served with the U.S. Navy and the U.S. Air Force (USAF). It is a superb adversary platform as the U.S. Navy found out. The F- 16N as it was designated was based on the standard F-16C variant flown extensively by the USAF. The F-16N was outfitted with the Air Combat Maneuvering Instrumentation (ACMI) pod on the starboard wingtip. The Navy had been looking for a replacement to its aging fleet of adversary aircraft, specifically the A-4 Skyhawk and F-5 Tiger.

As explained by Chuck Lloyd and Rick Llinares in their book Adversary: America’s Aggressor Fighter Squadrons. After examining the various aircraft available, the Navy selected the F-16N which was a basic F-16C (Block 30 with the General Electric F110-GE-100 engine) that retained the APG-66 radar the F-16A/B models. To completely simulate adversaries, the ALR-69 Radar Warning Receiver (RWR) was incorporated into the F-16N as well as the ALE-40 chaff/flare dispenser and the ACMI pod.

The Navy ordered a total of twenty two single seat F-16N’s, and four two seat TF-16N’s which were deployed in the late 1980’s. The first operators of the aircraft were the Bandits of VF-126 which were based at ‘Fightertown USA’ also known as NAS Miramar. The Blackbirds of VF-45 based at NAS Key West were the next recipients of the F-16 adversary fighter. The Challengers of VF-43 and the Fighter Weapons School were the last Navy aggressor units to receive the jet.

From the Navy perspective, short of actually having a Fulcrum or Flanker, the F-16N was as close to a real dissimilar fighter as they could get. Therein lies perhaps it’s greatest advantage. Navy Tomcat and Hornet crews were now fighting a truly different aircraft, flown by superb aerial tacticians. Against the F-14, the smaller, more maneuverable F-16N was a very challenging foe as the following video shows.

Unfortunately, the F-16N’s began to experience the wear and tear that comes with excessive g’s over the course of many aerial engagements. The Navy was faced with a costly repair effort to keep the Falcon’s flying, and decided to retire the aircraft. Ironically, the F-5E’s that the F-16N was supposed to retire ultimately outlasted its supposed successor. Regardless, the F-16N will stand as the finest adversary tactics fighter ever flown by the US Navy.

In 2002, the Navy began to receive 14 F-16A and B models from the Aerospace Maintenance and Regeneration Group (AMARG) that were originally intended for Pakistan before being embargoed. These aircraft
are operated by the Naval Strike and Air Warfare Center (NSAWC) / (TOPGUN) for adversary training and like their F-16N predecessors are painted in exotic schemes. 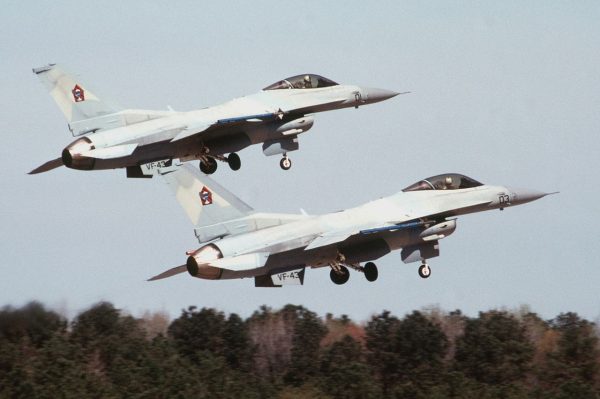 Remembering the F-16N Viper, the best adversary fighter jet ever flown by the US Navy 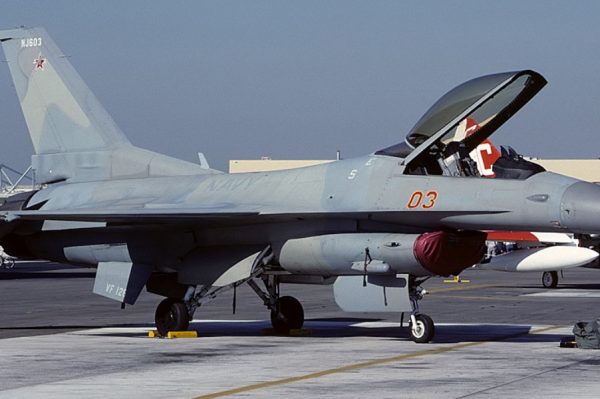 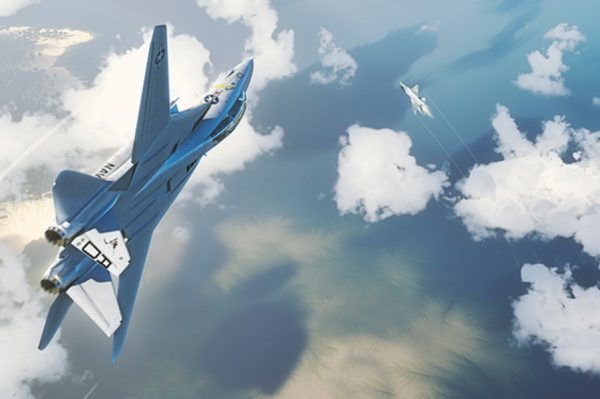