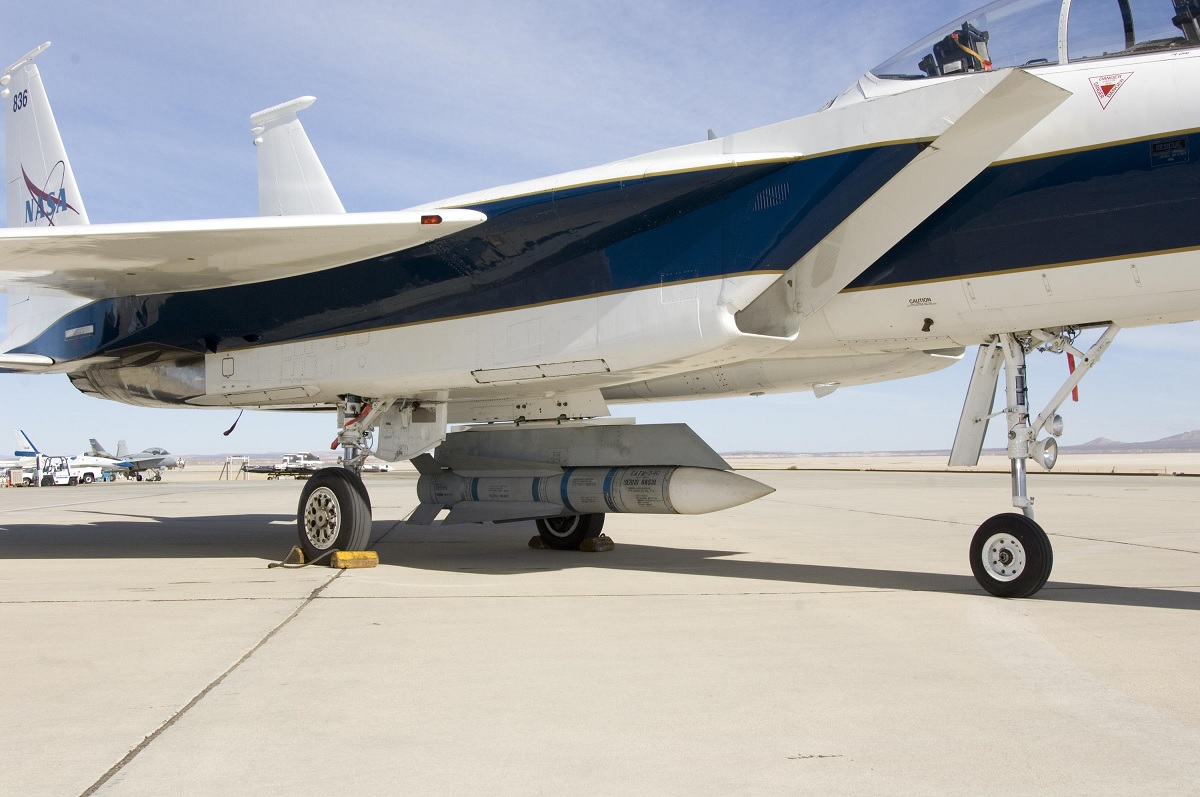 ‘The AIM-54 Phoenix is too heavy for the F-15 to use and keep all of its fantastic air to air capabilities,’ James Cowan, former F-15 Eagle maintainer.

At the time these pictures were taken, researchers at NASA’s Dryden Flight Research Center at Edwards, CA, and the Naval Air Warfare Center Weapons Division, China Lake, CA, investigated the use of surplus demilitarized Navy AIM-54 Phoenix air-launched missiles as possible hypersonic test platforms or testbeds. Hypersonic flight is defined as aerodynamic flight at speeds of Mach 5 or greater, and use of surplus Phoenix missiles was one of the methods being considered to obtain critical flight data in the hypersonic regime.

These missions, conducted over restricted military test ranges, involved launching a missile from a NASA F-15 aircraft flying at speeds up to Mach 2.0, with the missile then accelerating to speeds up to Mach 5.0, depending on its trajectory before fuel is exhausted. The missiles would carry experimental research payloads into the hypersonic regime, something that is currently difficult to achieve.

The Phoenix missiles used for hypersonic research had their explosive warheads removed, and their tracking and guidance systems replaced with a smaller, more lightweight guidance system. The missiles were also heavily instrumented to obtain and transmit test data from experiments in such areas as thermal protection materials, scramjet propulsion, guidance & control, boundary layer transition, and aerodynamics at hypersonic speeds.

NASA performed design, analysis, and testing that lead up to a Critical Design Review at the end of 2007. As part of the preliminary studies, several “captive-carry” flights were be flown by the F-15 with an inactive missile with no propellant carried on the aircraft’s centerline pylon to determine the performance of the aircraft when carrying the missile. However, the project was not been funded to conduct actual launches to obtain hypersonic flight test data.

Since the photos in this post clearly show that the Eagle could be equipped with the mighty Phoenix one might ask why US Air Force (USAF) F-15d never carried the AIM-54.

‘I was with the F-15 program for about 10 years, maybe a little more. I know the airplane extremely well,’ said James Cowan, former F-15 Eagle maintainer, on Quora. ‘To begin with, the F-15A was equipped with the Hughes APG-63 radar, which worked well with both AIM-9 Sidewinders and AIM-7 Sparrow missiles.

‘There have been significant upgrades to that radar and with the AIM-120 replacing the AIM-7, the combination is very adequate in the F-15’s operating environment.

‘The AIM-54 Phoenix and AWG-9 radar were Navy-mission-specific and in and of themselves, were an integrated weapon system. The AWG-9 could also manage AIM-7 and AIM-9 missiles. The AWG-9 had the capability to fire missiles at six targets simultaneously, and track 24 more. This was essential because the F-14 at the time had one job: to protect the multi-billion-dollar carriers. So, the F-14 was optimized as an interceptor. And it excelled in that role.

‘The F-15 operates in an entirely different environment, and within Air Force Doctrine. While the F-15 is certainly a potent interceptor, most of all it is a tactical air superiority fighter—made to mix it up with other fighters—dogfighting, usually over land. Desert Storm was a made to order war for the F-15. Everything about the F-15 was virtually perfect for that environment. Of the 36 Iraqi fighters shot down, the F-15 got 34 of them. The Navy F-18’s got the other two. I will also note that both aircraft were built by McDonnell Douglas in St Louis MO, now folded into Boeing.

‘So, while the F-14 and F-15 have some outward similarities and some mission overlap, they’re really apples and oranges when you get right down to it. Because the F-14 is a Navy fighter, it has to be built much more rugged than USAF fighters. The abuse Navy fighters get is much tougher than USAF landing on long concrete runways.’

Cowan concludes: ‘I’m not sure in my own mind whether or not the F-15’s radar is compatible with the AIM-54, and even if it was, it’s too heavy for the F-15 to use and keep all of its fantastic air to air capabilities.’ 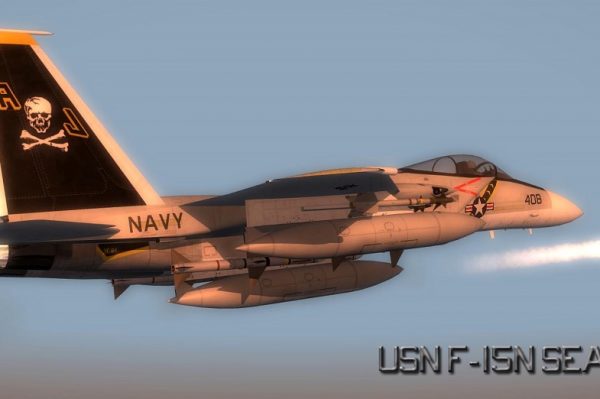 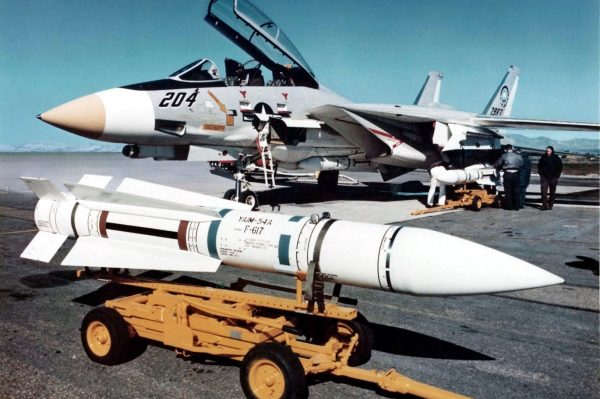