Log In Sign Up
Homepage Military AviationHere’s why despite the F-35’s 5th-Generation Capabilities, 4th-Generation Fighters are better in Dogfight (and in other Roles) than the Lightning II 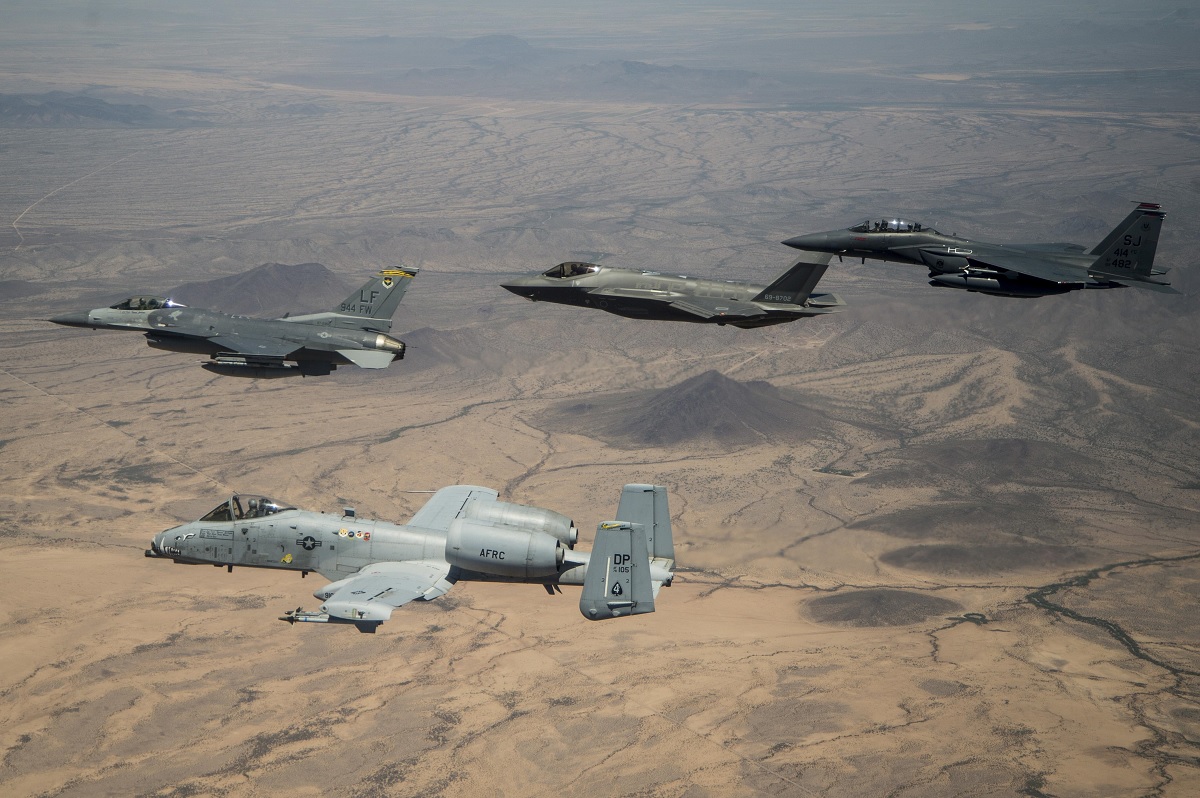 Here’s why despite the F-35’s 5th-Generation Capabilities, 4th-Generation Fighters are better in Dogfight (and in other Roles) than the Lightning II

It could be argued that 4th-generation fighters like the F-15, F-16 and F-18 will be the last of the great dogfighters if reports on the F-35’s performance are anything to go by.

As explained by Bertie Simmonds in his book F-15 Eagle, it could be argued that 4th-generation fighters like the F-15, F-16 and F-18 will be the last of the great dogfighters if reports on the F-35’s performance are anything to go by. The Lightning II has come in for some sharp criticism over recent years. A much-publicised report on War Is Boring in 2015 went into graphic detail on how an F-16D laden with two external tanks could best a ‘clean’ configured F-35A in a dogfight. It went on to state that not only was the F-35 at a distinct energy disadvantage to the tank-toting F-16 but that it also had a comparatively poor rearward vision. A number of engagements were made during the tests at altitudes from 10,000 to 30,000 feet.

That’s not all; as recently as March 2018 pilots were still having to defend the performance of the newer jet as — in simulated battles over Japan — the F-15 Eagle was now and again besting the USAF’s latest fighter despite some well-publicised victories where F-35s recorded a 15:1 kill ratio or better at Red Flag exercises. Some claims put that kill ratio as high as 24:1.

But, while the F-35 is used more effectively and both the sensor suite and suitable tactics are developed, it’s obvious that the ‘old hands’ in the teen series fighters are going to notch up the odd win. They’ve got the experience, after all.

Retired US Marine Corps Lieutenant Colonel David ‘Chip’ Berke said: “For the F-35, the best is yet to come. The biggest limitation for the F-35 is that pilots are not familiar with how to fly it. They try to fly the F-35 like their old airplane. New pilots who have never flown a legacy jet before will instead learn how to fly the F-35 like the unique plane it is. They’re going to be your best, most effective tacticians.”

So, during this interesting crossover period between 4th- and 5th-generation fighters it’s natural that the newer jet is going to be up against it. USAF F-15 pilot Brock McGehee is based at Kadena Air Force Base in Japan and admits that “sometimes” the F-35 loses out to the older jet.

With this in mind there have been a few notable critics of the F-35 airframe — most notably Pierre Sprey, one of the lightweight fighter mafia, one of the men behind the F-16 Fighting Falcon. He went on the record during 2012 to call the F-35 “a ‘turkey”. He adds: “It’s an inherently a terrible airplane. It’s a dumb idea to go for a multi-mission aircraft. You have something that’s supposedly a close-support, a deep interdictor, a bomber and an air-to-air fighter. You’ve compromised the aircraft right there: then you saddle it with the bureaucracy of three services; the USAF, the US Navy and the US Marines. The thing has no wing so it can’t turn, it’s got a fat fuselage to house a lifting fan for the vertical landing that the Marines want in the specification. In dogfighting its hopeless. A 1950s Mirage or MiG-21 could whip the F-35.”

Justin Bronk, an expert at the Royal United Services Institute, also agrees that the F-35 is perhaps trying to do too much out of a single airframe: unlike the F-15 airframe which was developed as a top-notch dogfighter — despite the size and weight of the fighter versions of the Eagle. He said: “The F-35 as a concept has suffered since its inception from attempting to solve too many problems in a single airframe for too many potential users.

“In order to keep the programme alive and justify the enormous expenditure which has thus far been poured into the project, the aircraft’s proponents have oversold the F-35 as the answer to every Western combat air requirement. The F-35 will not be as effective as the A-10 Thunderbolt II at close air support using a heavy-calibre cannon danger-close to troops on the ground. Equally, the F-35 cannot match a 4.5th-generation fighter such as the Eurofighter Typhoon in raw performance terms, nor out-turn one in a within-visual-range dogfight. However, the aircraft was never designed for either of these tasks.”

`Chip’ Berke agrees: “The thing is, we all want to avoid dogfighting at all costs. The strength of the 5th-generation platform is to play to our strengths and in an F-22 and F-35 it’s about stealth. We don’t want to turn with an adversary.”

So, is the age of the dogfight dead? Dogfighting was supposed to have ended when jet propulsion ushered in the new era of combat above the skies of Korea. They said the same before Vietnam — missiles would signal an end to dogfighting and now stealth will do the same.

History has since proved otherwise, but like the F-4 Phantom before it, will the F-35 be forced to be a dogfighter and find itself embroiled in a battle it wasn’t designed for? If so, perhaps the F-15 will find itself as relevant as ever. Perhaps the last word should be left to Irving `Irv’ Burrows, the first pilot to take an F-15 Eagle aloft and who watched with interest the recent first flight of the F-15EX Eagle II.

“A little over two years after first flight and after some 3,000 test flights on several test airplanes, the first operational F-15 was delivered to the Air Force. Since that time the Eagle has undergone continuous improvement and testing. The most recent model, though appearing much the same as the F-15A we first flew, is more than 30 years newer in technology, has vastly increased capability and carries a two-man crew rather than a single pilot.

“The Weapons Systems Operator is in the back seat and current technology allows the airplane to fight in both the air-to-air and air-to-ground battles in all kinds of weather. Until the next generation of fighter-bomber is available, the Eagle remains the Air Force’s weapon of choice!” 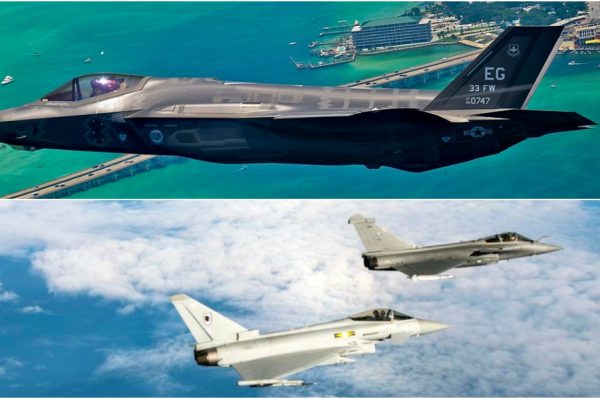 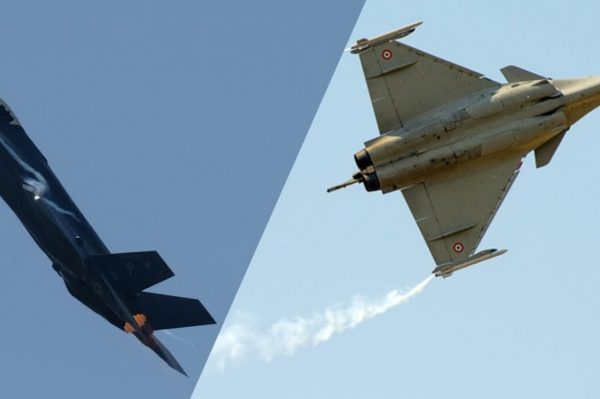