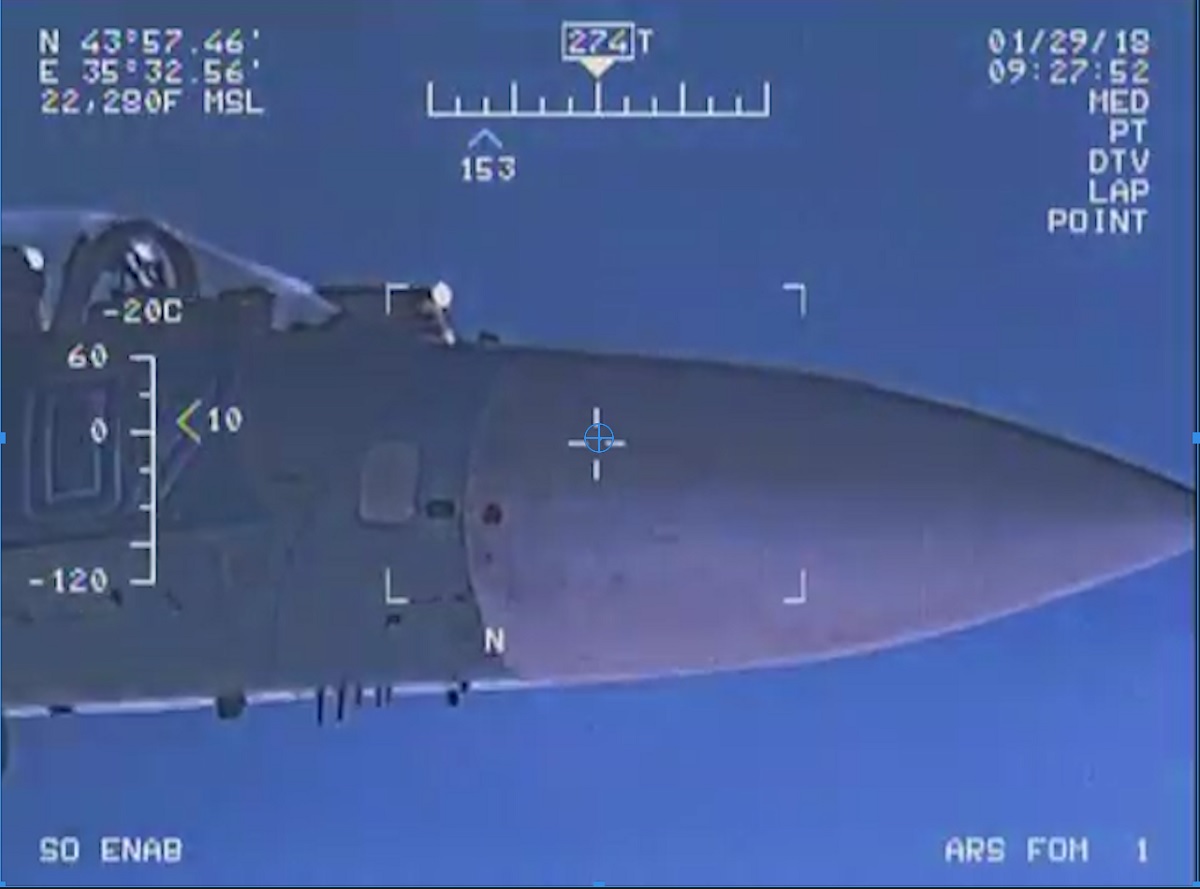 “The video shows the Russian Su-27 intercepting the EP-3 from a very close position, at the same altitude, and with an estimated wingtip-to-wingtip horizontal separation as little as five feet at times,” U.S. Navy Capt. Bill Ellis, commander of Task Force 67

As we have recently reported on Jan. 29, 2018 a U.S. Navy EP-3E Aries II surveillance aircraft was intercepted at close range by a Russian Sukhoi Su-27 fighter over the Black Sea.

As first revealed by the CNN the Su-27 came within 5 feet from the EP-3E. The fighter cut through the EP-3’s flight path.

Now, according to USNI News the U.S. Navy released the video footage of the fully armed Su-27 intercepting the EP-3E Aries II surveillance aircraft over the Black Sea. The footage clearly shows the armed fighter came within five feet of the Aries II during the encounter.

“The video shows the Russian Su-27 intercepting the EP-3 from a very close position, at the same altitude, and with an estimated wingtip-to-wingtip horizontal separation as little as five feet at times,” U.S. Navy Capt. Bill Ellis, commander of Task Force 67, said in a statement from U.S. 6th Fleet.

“For the Russian fighter aircraft to fly this close to the U.S. Navy aircraft, especially for extended periods of time, is unsafe. The smallest lapse of focus or error in airmanship by the intercepting aircrew can have disastrous consequences. There is no margin for error and insufficient time or space for our aircrews to take corrective action,” said Ellis.

The following is the statement on the incident released from the U.S. 6th Fleet.

On Jan. 29, 2018, a U.S. EP-3 Aries aircraft flying in international airspace over the Black Sea was intercepted by a Russian SU-27. This interaction was determined to be unsafe due to the SU-27 closing to within five feet and crossing directly through the EP-3’s flight path, causing the EP-3 to fly through the SU-27’s jet wash. The duration of the intercept lasted two hours and 40 minutes.

The Russian military is within its right to operate within international airspace, but they must behave within international standards set to ensure safety and prevent incidents, including the 1972 Agreement for the Prevention of Incidents on and Over the High Seas (INCSEA). Unsafe actions‎ increase the risk of miscalculation and midair collisions.

The U.S. aircraft was operating in accordance with international law and did not provoke this Russian activity. 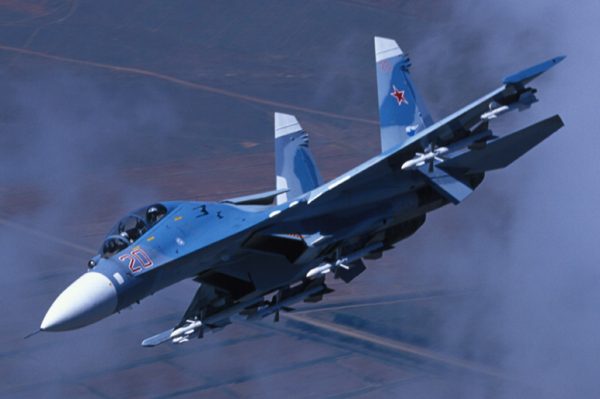 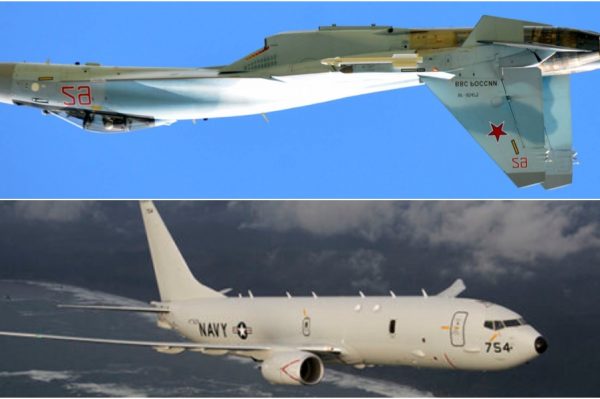