The picture in this post was taken on Feb. 24, 2022 and features the Sukhoi Su-27 Flanker belonging to the Ukrainian Air Force that landed to the RoAF 95th Air Base in the northeastern Romanian city of Bacău.

Appeared on Digi24.ro, the picture in this post was taken on Feb. 24, 2022 and features the Sukhoi Su-27 (NATO reporting name: Flanker) belonging to the Ukrainian Air Force that landed to the RoAF 95th Air Base in the northeastern Romanian city of Bacău.

As we have already explained, two F-16 Fighting Falcon fighter jets of the Romanian Air Force (RoAF) were scrambled to intercept it while it was approaching the national airspace. After having carried out a visual identification of the Flanker, the F-16s escorted it at Bacău.

The Romanian Ministry of National Defense said the pilot of the Ukrainian fighter jet surrendered himself to the Romanian authorities. Bucharest is assessing the legal ramifications of the incident. The defense ministry said it would provide further details about the situation later.

Noteworthy, since Moscow identified Ukrainian military airfields and aircraft on the ground as primary targets for its air strikes we can assume that the Su-27 pilot landed in Romania because he probably had nowhere else to land.

According to Tass, the news comes amid a Russian military operation in Ukraine, which Russia launched on Thursday morning.

Romania, a NATO member, said it had taken all the necessary precautions and was monitoring the events unfolding in the neighboring nation.

US senators have said the unfolding attack in Ukraine is in line with intelligence briefings they received about what to expect from a Russian invasion, CNN reported.

The top Republican on the Senate Intelligence Committee, Sen. Marco Rubio, tweeted that Russia was launching a “full scale and comprehensive military assault throughout Ukraine.”

He said that the attack involved “airborne and amphibious landings, missile strikes from air, ground and naval forces, electronic and cyber attacks and a large ground force to occupy a large swarth of territory”.

Rubio pointed out that Russian airborne forces are also working to “take control of the airport in Kyiv (so) they can fly in forces to occupy the (capital) city.” A source familiar with the matter said the tweets were based on US intelligence being shared with Intelligence Committee members.

The General Staff of the Ukrainian Armed Forces has claimed five Russian aircraft and a helicopter were shot down early Thursday, as Russian forces attacked Ukraine. 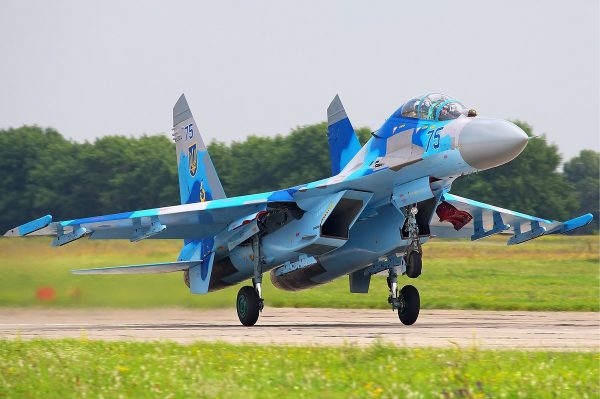