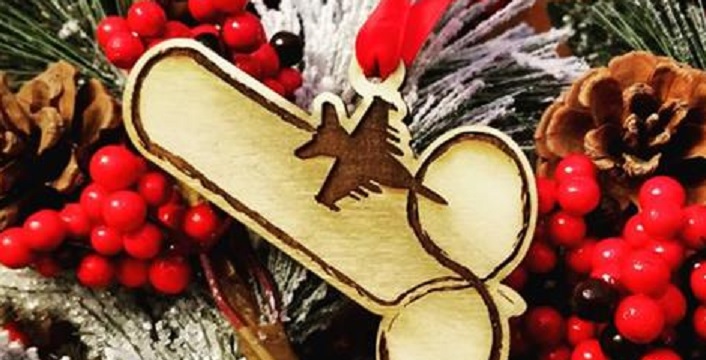 The U.S Navy EA-18G crew that made penis “skydrawing” last month has been given administrative punishment by Vice Adm. Mike Shoemaker during a Nov. 22 hearing before a Field Naval Aviator Evaluation Board

Noteworthy as reported by The San Diego Union-Tribune the U.S Navy EA-18G crew that made penis “skydrawing” last month has been given administrative punishment by Vice Adm. Mike Shoemaker during a Nov. 22 hearing before a Field Naval Aviator Evaluation Board.

Shoemaker, commander of Naval Air Forces, ruled that both the naval aviator and naval flight officer (NFO) from the “Zappers” of Electronic Attack Squadron 130 (VAQ-130) at Naval Air Station (NAS) Whidbey Island, Washington,were “impulsive and immature” but both were “forthright and remorseful” when confronted.

“When they came down, the aviators were apologetic,” said Navy spokesman Cmdr. Ron Flanders. “The aviators admitted that they had done it after it occurred. When they appeared before the (Field Naval Aviator Evaluation Board) they were contrite. They realized that this was an embarrassment to Naval Aviation and the entire Navy. This sort of conduct is contrary to the core values of the Navy.”

As part of their punishment both men must present a series of “Change the Culture” briefs to fellow crews and students. They were given six months probation and could lose their wings for “any transgression on land or in the sky that showed a ‘similar lapse of judgment’ or violated the Navy’s core values.”

Even if the Navy is barred by federal privacy laws from identifying the aviators or detailing their punishment, the results of the board were obtained by The San Diego Union-Tribune. Details were circulated earlier in an email to Navy leaders sent out by Rear Adm. Roy “Trigger” Kelley, the commander of Virginia-based Naval Air Force Atlantic.

Actually the service has only indicated that the EA-18G Growler pilot is a male lieutenant and that he used the jet contrails to draw the shape of a penis in the air during a routine training exercise, a floating image that became an internet sensation when it was photographed and shared on social media platforms.

Both aviators continue to face a separate inquiry from their Virginia-based Carrier Air Wing 3. Called a “JAGMAN” investigation, it’s an administrative probe that analyzes all available information about a relatively minor incident.

The Growler incident resembled the early 2014 discovery of a phallus painted on a trailer at the Blue Angels winter training grounds at Naval Air Facility (NAF) El Centro. The image was so large, it could be photographed by satellites in space.

Capt. Gregory “Stiffy” McWherter, who commanded the U.S. Navy flight demonstration squadron in two tours between 2008 and 2012, was fired as the executive officer of Naval Base Coronado and later received a punitive letter of reprimand that ended his career. 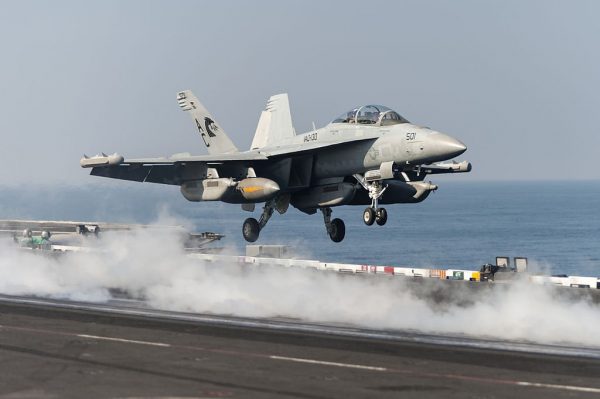 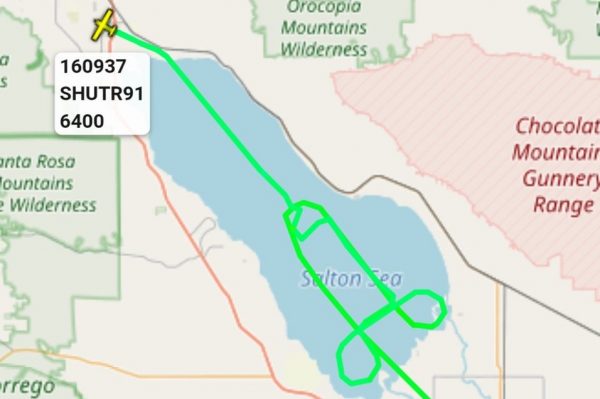