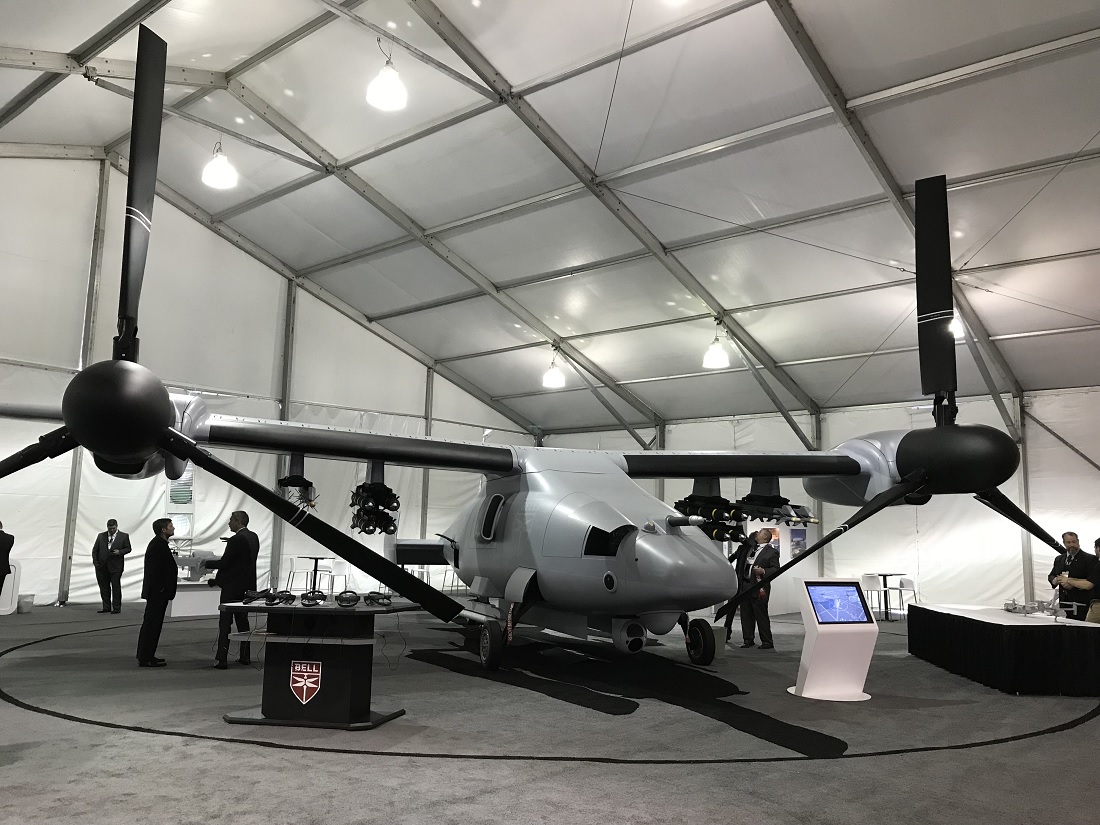 The V-247 Vigilant is an unmanned, armed tilt-rotor that Bell hopes to offer to the USMC for the latter’s Marine Air Ground Task Force Unmanned Expeditionary (MUX) program

Bell has unveiled a full-scale mock-up of its V-247 Vigilant unmanned, armed tilt-rotor that it hopes to offer to the U.S. Marine Corps (USMC) for the latter’s Marine Air Ground Task Force Unmanned Expeditionary (MUX) program.

According to Military Times, USMC wants the MUX to do it all, but to start with: airborne early warning, command and control communications, digitally passing information, intelligence and reconnaissance and electronic warfare.

This drone may be able to carry 2,000 pounds internally and sling load up to 9,000 pounds. But with the use of comms and sensing tech the Marines see it as having a “bottomless magazine.”

That’s because the drone would not only fire its payload but coordinate fires from manned jet fighters, ground-based troops either mounted or dismounted and ships at sea. Furthermore it would be able to deploy from an LHA, DDG or be loaded on a C-5 and flown to a site.

The V-247 would also feature cameras to give its remote pilot a “distributed aperture” capability like the V-280 Valor.

Noteworthy this feature enable those in the manned V-280, whether pilot or passenger, to see through the frame to any point around the aircraft.

Even though it’s still in a research phase, the Vigilant has already flown 240 knots and is capable of more than eight hours on station with 600 pound payload and up to 1,300 nautical mile mission radius. 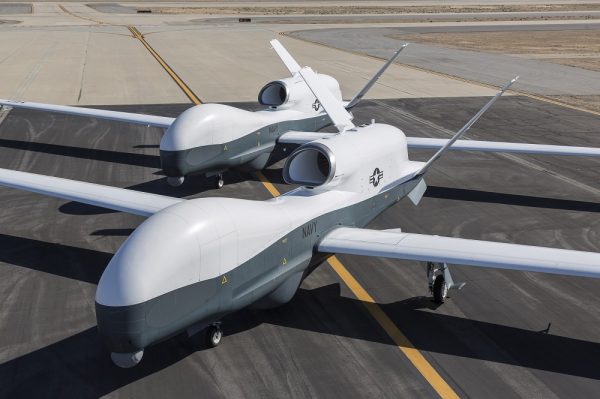