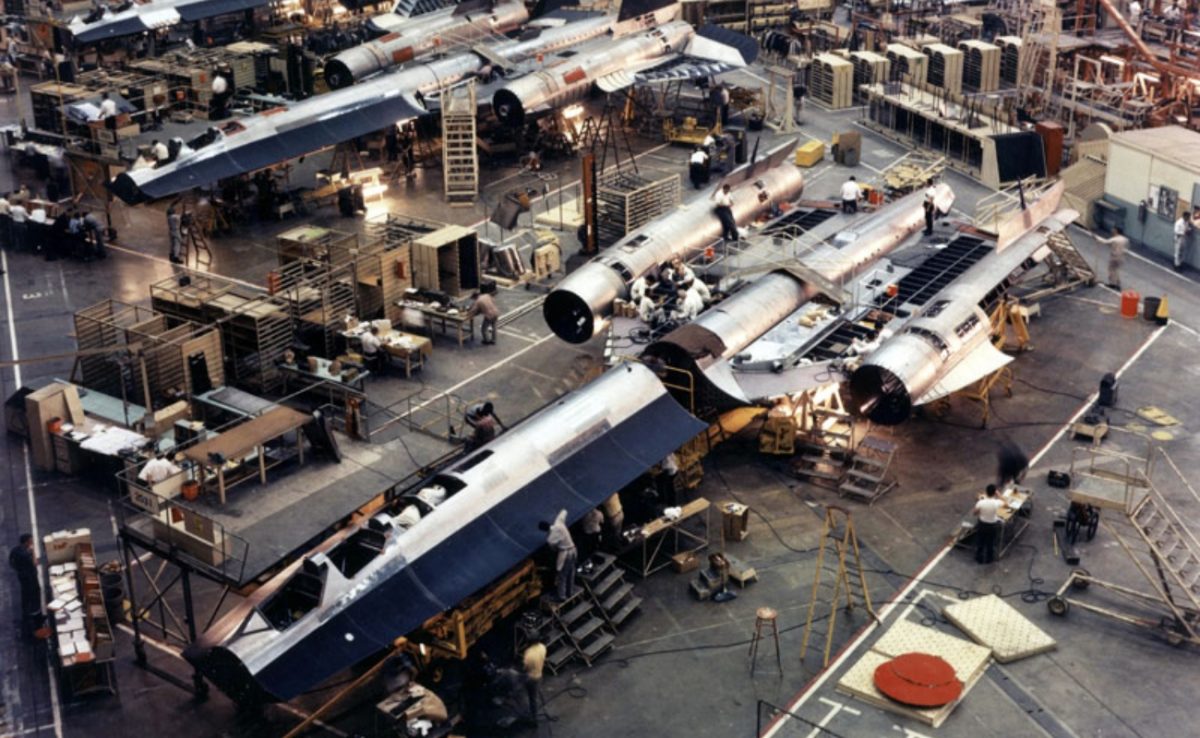 There are lots of opportunities to improve on the SR-71 Blackbird’s original design with new materials, and there are a lot of different materials to choose from.

The SR-71, the most advanced member of the Blackbird family that included the A-12 and YF-12, was designed by a team of Lockheed personnel led by Clarence “Kelly” Johnson, then vice president of Lockheed’s Advanced Development Company Projects, commonly known as the “Skunk Works” and now a part of Lockheed Martin.

The Blackbird design originated in secrecy during the late 1950s with the A-12 reconnaissance aircraft that first flew in April 1962 and remained classified until 1976. President Lyndon Johnson publicly announced the existence of the YF-12A interceptor variant on Feb. 29, 1964, more than half a year after its maiden flight. The SR-71 completed its first flight on Dec. 22, 1964.

The airframes were built almost entirely of titanium and other exotic alloys to withstand heat generated by sustained high-speed flight: in fact the Blackbirds were designed to cruise at Mach 3 continuously for more than one hour at altitudes up to 85,000 feet.

‘At the time the SR-71 was produced, the titanium airframe was bleeding-edge, state-of-the-art metallurgy, but there’s been a lot of advancement since the 1960’s,’ Louis Vaught, Materials Production Engineer at ATSP Innovations (2020–present), explains on Quora.

‘There are plenty of new materials that the original engineers couldn’t have dreamed of using, and new computer-aided manufacturing methods are just hands-down better than what we were doing in the 1950’s.

‘In order to give examples, I’m going to focus on the titanium frame, since that’s the most famous part of the Blackbird.

‘If you want to get down into the murky realm of technical reports and proprietary designs, most of the gaskets and seals could most likely be improved using newer rubbers and plastics.

‘In fact, ATSP Innovations (the company I work for) just got selected for a NASA grant to research even better elastomer seals for next-gen rocket engines.

‘Anyways, if we’re just looking at metals that could replace titanium, the best candidate I can think of would be Titanium Aluminide. It’s a titanium-aluminum alloy that was developed in the 1970’s, but only saw serious use as computer-aided manufacturing improved. The standard process nowadays is to either cast and CNC the parts, or to 3D print them and apply post-processing.

‘To be fair, scaling that type of machining up to the whole airframe of a SR-71 Blackbird would be challenging, but this is an ultra-high-budget project we’re talking about. Trying to make large TiAl components wouldn’t be any more extreme than the original plan to use titanium back in the 60’s.

‘And we do have clear ways to scale up the current production methods. Although it’s not economical, parts could be printed or cast in sections and then welded together with friction stir welding, which has been trialed for the more high-performance titanium alloys.

‘If the name “friction stir welding” makes you curious, here’s a video of how it works. It’s actually pretty wild to watch:

‘With all that being said, TiAl only really stands out when compared to other metals. If we start looking at other types of materials, then the best choice is some sort of engineered composite.

‘When you say “composite” most people imagine carbon fiber, or maybe fiberglass, but in reality any engineered material that’s a physical combination of two or more other materials is a composite. Concrete, for example, is a composite.

‘What people think of when you say “composite” is actually polymer composites, which are made by embedding ultra-high-strength materials into plastic. Some of the highest-temperature polymer composites would work here, but it would be a pretty challenging application.

‘Ceramic-matrix composites (CMCs) are made by embedding high-strength fibers into ceramic materials, like Silicon Carbide or Alumina. From a raw performance perspective, they would be a huge improvement over Titanium, especially at elevated temperatures. Realistically though, they’re incredibly difficult to produce and have just started to move out of the lab space. The largest example I can find is (again) a jet turbine blade:

‘Next in the line, metal-matrix composites (MMCs) are made by embedding fibers into metal, and compared to CMC’s they’re a bit more widespread and easier to work with. The main challenge is mostly in getting the fibers into the metal, since you’re essentially trying to hold them in place while pouring molten metal.

‘But, with clever use of metal-matrix composites, performance can be achieved beyond what a standard alloy is capable of. For example, Toyota engineered their 2zz-ge engines with unlined aluminum cylinders by embedding silicon carbide fibers in the walls:

‘For an application closer to the SR-71, GE improved on the performance of their titanium turbine blades with carbon fiber “inserts” that were produced using a multi-stage casting process. This technology was developed around the 90’s or so.

‘In fact, this sort of materials design would be a drop-in improvement on the original, since reinforced titanium is still titanium:

‘As the quick overview shows, there are lots of opportunities to improve on the SR-71 Blackbird’s original design with new materials, and there are a lot of different materials to choose from.

‘As to which I would personally go with? Probably a combination of all the ones I went over, with a focus on combining multiple materials into highly-engineered composites.

‘High-temperature composites are really the stand-out choice here, since they can improve on a titanium airframe in pretty much every way. Higher strength, lower weight, and better durability.’ 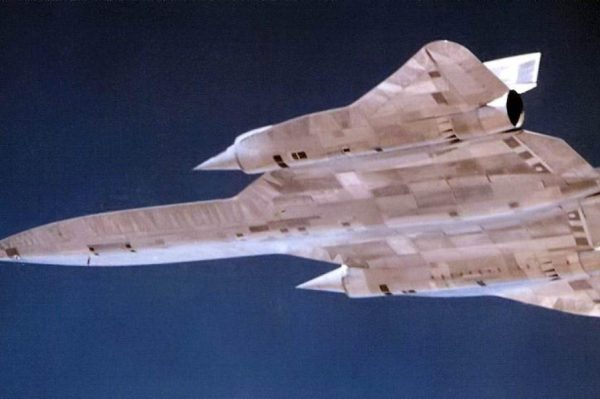