Log In Sign Up
Homepage Military AviationHere are some highlights from Iron Eagle II movie, the largest aviation film ever produced in Israel 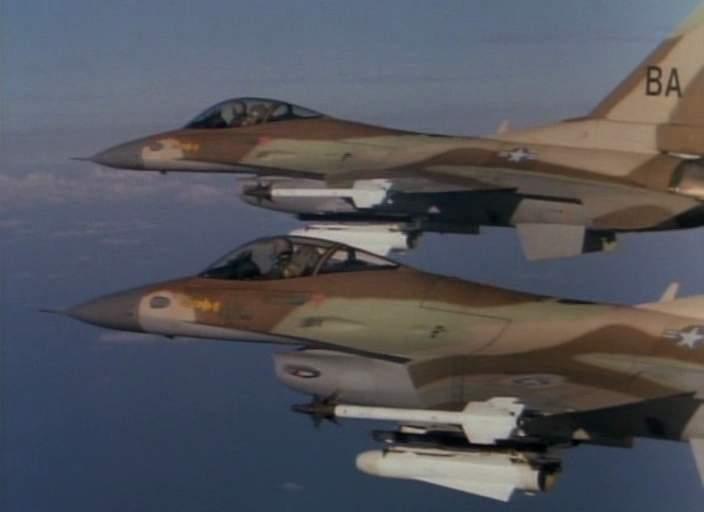 Here are some highlights from Iron Eagle II movie, the largest aviation film ever produced in Israel

As explained by Shlomo Aloni and Zvi Avidrod in their book Hammers, Israel’s Long-Range Heavy Bomber Arm: The Story of 69 Squadron, the plot was a bit fetched from reality at the time (and still it is today). The U.S. and the USSR in fact joined forces to attack an imaginative Islamic nation that threatened the world with nuclear weapons.

The assembled aerial task force included selected individuals from the U.S. and from the USSR armed services grouped together for the classified mission at Ramat David, a secret air base somewhere in the Middle East. A U.S. Air Force (USAF) General – previously commander of an aviation museum! – was assigned to lead the air task force that included U.S. F-16s (played by the IAF Ramat David based F-16 squadrons) and USSR MiG-29s (mimicked by 69 Squadron’s Phantoms). Obviously the secondary plot involves a love story between a U.S. F-16 male pilot and a USSR MiG-29 female pilot that developed as the former museum commander forged the unique task force for its fateful mission.

Mission filming of the air action took place over the Arabah with IAI Kfir fighters playing the interceptors of the imaginative Islamic nation. Naturally, the combined force of U.S. F-16s and USSR MiG-29s defeated the Kfirs, with the U.S. F-16 male pilot saving the life of the USSR MiG-29 female pilot in a classic “sandwich” scenario: the MiG-29 leading, the Islamic Kfir trailing the MiG-29, and the survivor F-16 following the Kfir; all air action was filmed from two locations: a mountain near Masada and a Learjet business jet especially fitted for filming movies. Eventually the combined task force overcomes the differences, accomplishes the mission and saves the world for a true happy ending.

Iron Eagle II filming – through pure coincidence – overlapped an IAF Phantom force reshuffle of airframes. This suited filming quite well, since several former 105 Squadron Phantoms were reassigned to the Hammers and these were still adorned with 105’s distinctive red flash painted on both sides of the fuselage, perfectly fitting in the plot as “USSR MiG-29s” for filming ground scenes. Other Phantoms – original Hammers airframes with their own distinctive black and yellow checkered rudders – received fake USSR badges that replaced the IAF David Shield for participation in the filming of the air scenes. 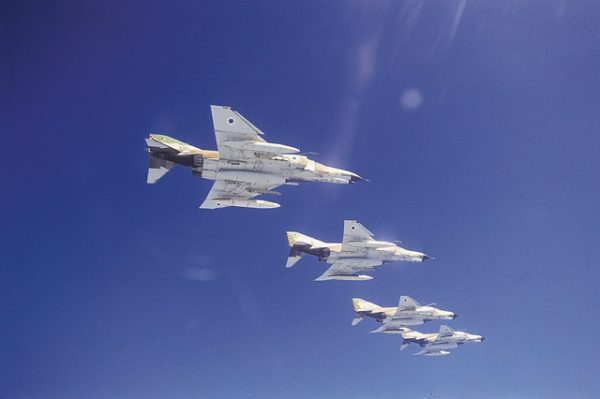 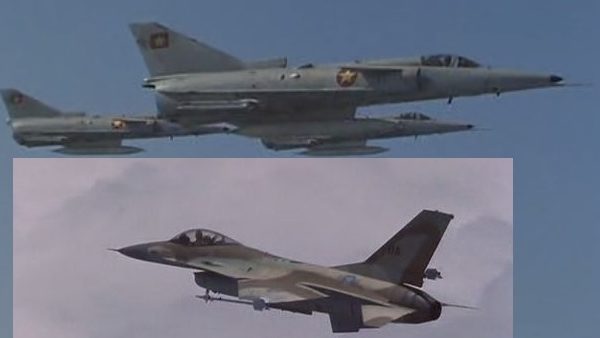 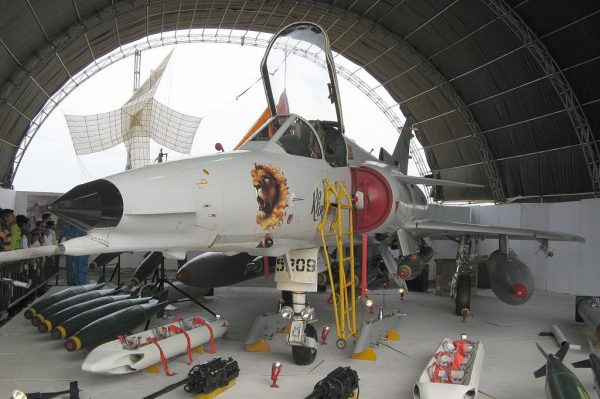