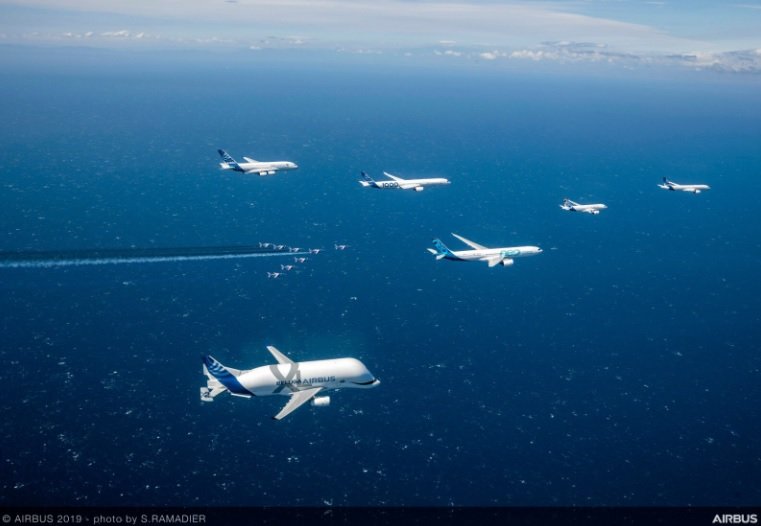 Participating in the Airbus 50th anniversary flight were the A220, A319neo, A330neo, A350, A380 and BelugaXL along with the Patrouille de France.

Airbus is 50 years and celebrated this remarkable achievement with a formation flight out of Toulouse.

Unfortunately a low-level fly-by at Toulouse was impossible due to the weather.

The company was born 50 years ago today when the French Minister of Transport, Jean Chamant and the German Minister of Economic Affairs, Karl Schiller, signed an agreement at the 1969 Paris Air Show for the joint-development of the A300 aircraft, a first European twin-aisle twin-engine jet for medium-haul air travel.

Guillaume Faury, CEO of Airbus said: “Our story is one of ambition and progress, and has been a showcase of European integration. Over five decades, we have brought together civil and defence aviation businesses from throughout the continent. For 50 years, we have pioneered many firsts through our passion and innovation, transforming the industry and helping to move society forward. Airbus is a story of incredible men and women, a story of great achievements in the past and, above all, in the future.”

Airbus is an international reference in the aerospace sector. The company designs, manufactures and delivers industry-leading commercial aircraft, helicopters, military transports, satellites and launch vehicles, as well as providing data services, navigation, secure communications, urban mobility and other solutions for customers on a global scale.

Airbus has built on its strong European heritage to become truly international – with roughly 180 locations and 12,000 direct suppliers globally. The company has aircraft and helicopter final assembly lines across Asia, Europe and the Americas, and has achieved a more than sixfold order book increase since 2000.

Here are the six Airbus’ jets on their way to the runway for the start of the flight. 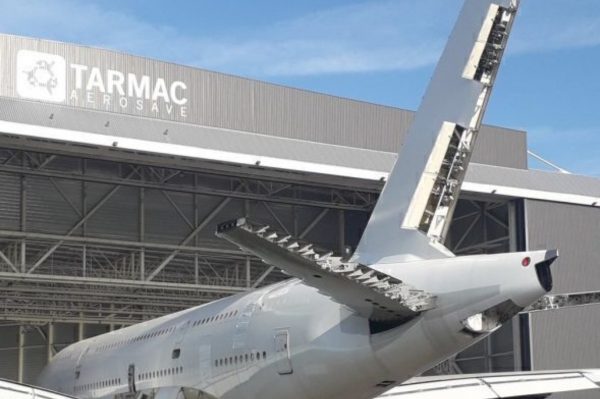 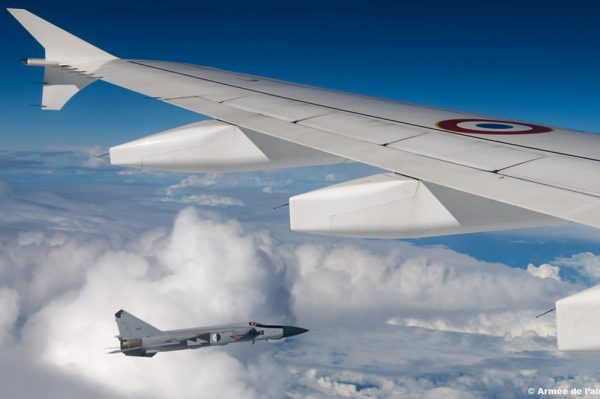