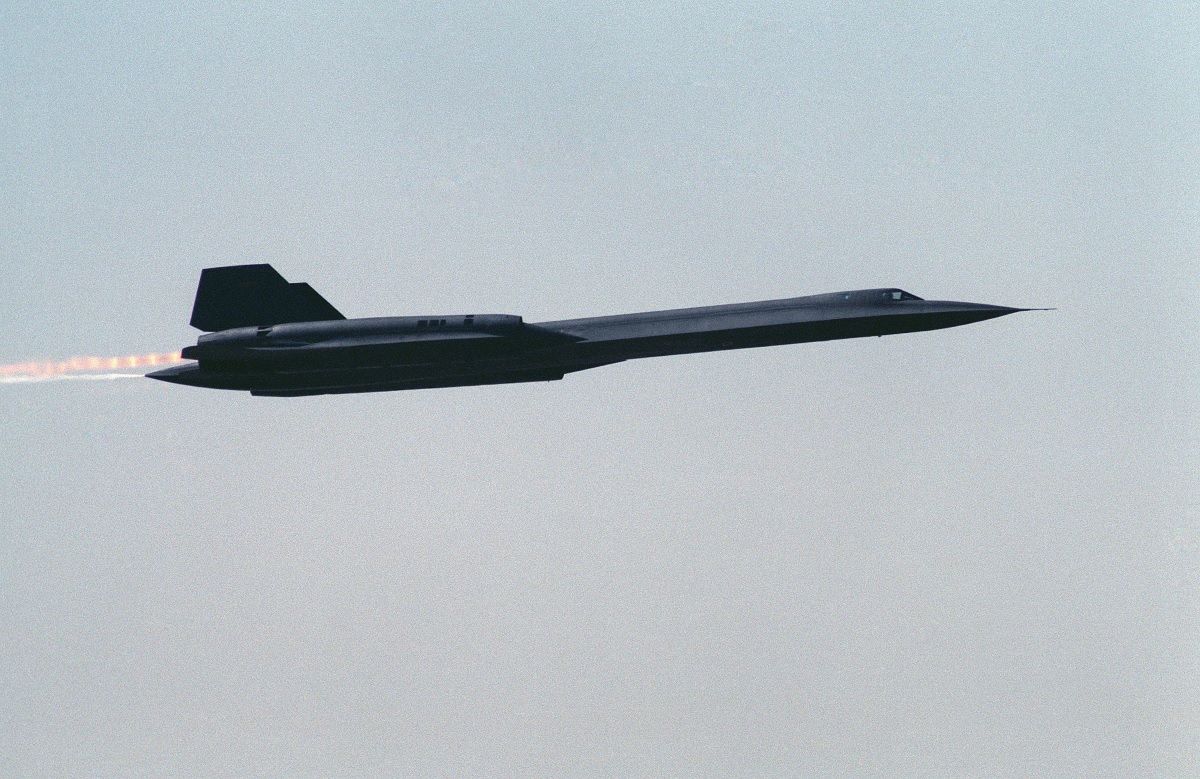 The SR-71 Blackbird made the trans-Atlantic flight to be featured in the Farnborough Air Show as a static display. This marked the first time the Mach 3+ spy plane was put on public display outside the US.

The legendary Aerospace engineer Clarence “Kelly” Johnson was responsible for many of the aircraft’s innovative concepts.

‘It took less than two hours. This might’ve been the ‘gateway plan’ to have SR-71 stationed in England. The United States was fortunate to be able to house two SR-71 at RAF Mildenhall, years later. This was a huge help to have SR-71 in Europe [SR-71 Reconnaissance Operations at RAF Mildenhall was from April 1976 to 1990. Prior to Det 4 being established, UK permission was required for each sortie flown. According to SR-71 Blackbirds website, the SR’s stay was to be no longer than 20 days for each visit. On Apr. 5, 1982 Prime Minister Margaret Thatcher announced that Det 4 would be a permanent SR-71 Detachment with two aircraft assigned. The UK remained in control of the more sensitive missions. The two aircraft Detachment ceased operations on Nov. 22, 1989. The last aircraft departed the UK on Jan. 18, 1990. The US Government has given the United Kingdom an SR-71 #962 for public display at Duxford Imperial War Museum for its contribution to ending the Cold War.]. Blackbirds based at Mildenhall could fly around the Baltic Sea and take pictures of potential targets in the Soviet Union by means of their side looking cameras [i.e. without crossing the Soviet border].

‘On September 1, 1974 Major James V. Sullivan, 37 (pilot) and Noel F. Widdifield, 33 (reconnaissance systems officer) flashed across the starting line (radar gates in New York) at approximately 80,000 feet and speed in excess of 2,000 miles per hour. Exactly 1 hour 54 minutes and 56.4 seconds later, they had set a new world speed record from New York to London England. The average speed was 1,807 statute mph over the 3,461 statute mile course, slowing to refuel one time from a specially modified KC-135 refueling tanker. The aircraft was placed on static display at Farnborough Air Show for 1 week. It marked the first time the secret plane had been on public display outside of the United States. ”Kelly” Johnson, the aircraft designer, was on hand for the event. He remarked, “It (the SR-71) has exceeded all my expectations.”

‘Another historic speed record was set on the return trip to the United States. Captain Harold B. Adams, 31 (pilot), and Major William Machorek, 32 (reconnaissance systems operator), set a speed record from London to Los Angeles. They returned the Blackbird 5,447 statute miles in 3 hours 47 minutes and 39 seconds for an average speed of 1,435 miles per hour. The difference in the two speed records was due to refueling requirements and having to slow over major US cities.’

‘Even so a large number of people in Los Angeles reported broken windows due to the sonic boom.’