Log In Sign Up
Homepage Aviation HistoryFrancis Gary Powers Jr. reveals exclusive details on the shoot-down of his father’s U-2 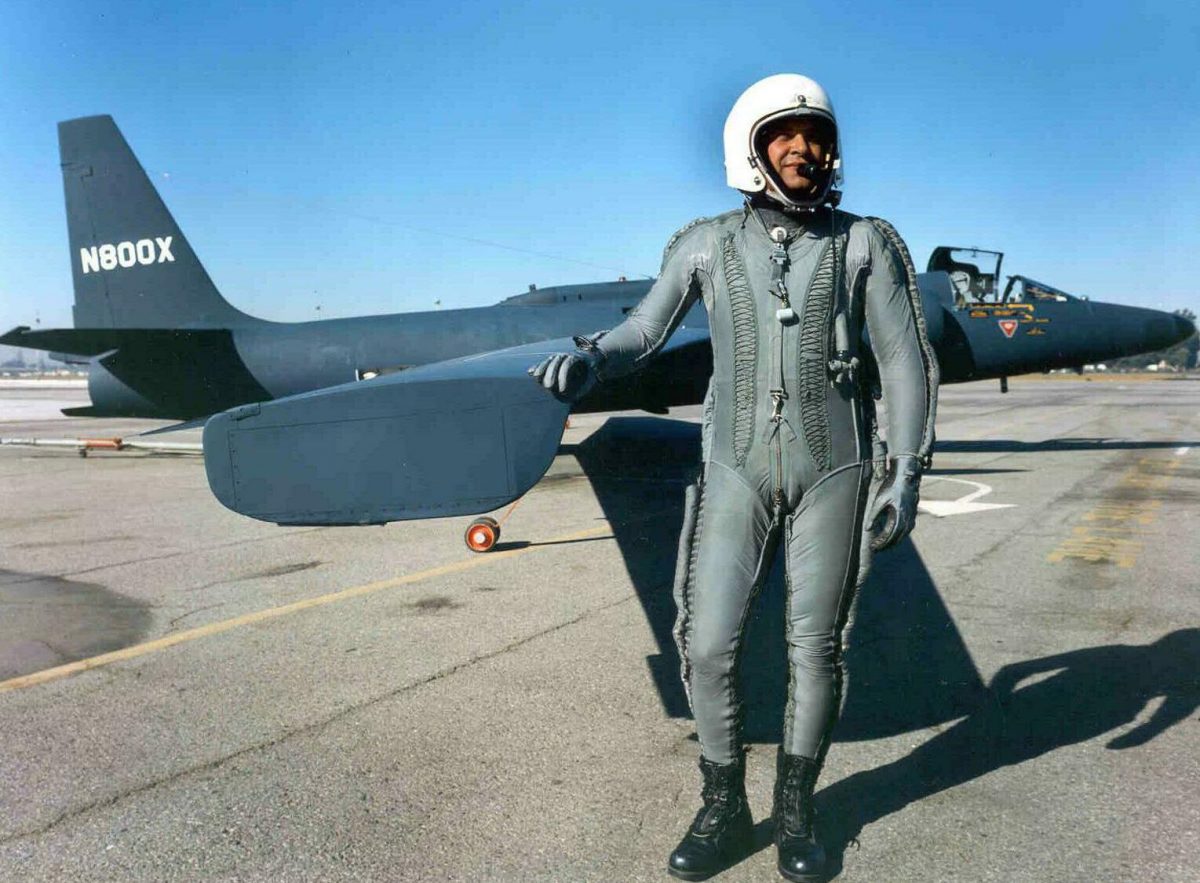 Francis Gary Powers Jr. reveals exclusive details on the shoot-down of his father’s U-2

“Especially in light of the U-2 that was shot down over Cuba in 1962, I understood my father’s frustration. All of the sudden, Washington officials were faced with the political dilemma of having to admit that the Soviets were more advanced than they realized,” Francis Gary Powers Jr.

One of the most talked about events of the Cold War was the downing of the American U-2 spy plane piloted by Francis Gary Powers over the Soviet Union on May 1, 1960. The event was recently depicted in the Steven Spielberg movie Bridge of Spies. Powers was captured by the KGB, subjected to a televised show trial, and imprisoned, all of which created an international incident. Soviet authorities eventually released him in exchange for captured Soviet spy Rudolf Abel. On his return to the US, Powers was exonerated of any wrongdoing while imprisoned in Russia, yet, due to bad press and the government’s unwillingness to heartily defend Powers, a cloud of controversy lingered until his untimely death in 1977.

Now his son, Francis Gary Powers Jr., founder of the Cold War Museum, and acclaimed historian Keith Dunnavant have written the book Spy Pilot, a new account of Powers’ life based on personal files that had never been previously available. Delving into old audio tapes, letters his father wrote and received while imprisoned in the Soviet Union, the transcript of his father’s debriefing by the CIA, other recently declassified documents about the U-2 program, and interviews with the spy pilot’s contemporaries, Powers and Dunnavant set the record straight.

“My father understood that the question of what happened to cause his crash reflected a fundamental issue that cut to the heart of the most closely guarded secrets on both sides,” Francis Gary Powers Jr. says in his book.

“’I got the impression,’ he said in his tapes, ‘that someone was going out of their way to stress the fact that there was a malfunction in the airplane or something to hush-hush the fact that [the Soviets] did have a defensive weapon (the SA-2 SAM) that was capable of [shooting the U-2 out of the sky]. . . .All I could see was a friend of mine coming over and getting shot down himself. I wanted it known that they had this capability. Someone apparently was trying to cover up the fact that they had this capability.’

“Especially in light of the U-2 that was shot down over Cuba in 1962, I understood my father’s frustration. All of the sudden, Washington officials were faced with the political dilemma of having to admit that the Soviets were more advanced than they realized. Instead of clearing this up, the government allowed the misinformation to continue to circulate.

“When I first started to transcribe my father’s journal, while in graduate school at George Mason, I took great care to methodically type the words. It became something I usually did after arriving home at night, hunched over my computer for an hour or two at a time. I always felt like I learned something. It was part of the puzzle slowly being revealed to me, including the early portions when Dad described the moments after he lost control of the plane.

“’My first reaction was to reach toward the destruction switches,’ he wrote. ‘I knew that after activating them I would have seventy seconds in which to leave the plane before the explosion. I then thought I had better see if I could get into the position to use the ejection seat before activating the switches. It was a good thing I did this because I spent several minutes I suppose (I don’t know how long I was in the spinning plane), trying to get my feet in the proper place and trying to get far enough back into the seat so that I could eject without tearing my legs off on the canopy rail as I shot out of the cabin. I could not get into the proper position. I was not sitting at all but hanging by the seat belt and it was impossible to shorten the belt with all the forces against it….’

“This sequence became an important part of the CIA debriefing.

US Interrogator: As you moved down in your seat in that odd inverted position, the plane was not flaming or smoking or anything, was it, as far as you could recall it?

Powers: I would say there was no fire connected with …

US Interrogator: No fire connected with it. In other words, … it wasn’t billowing smoke or …

Powers: If it was, I knew nothing about it.

US Interrogator: And, and then, then …

Powers: I feel sure that the engine stopped at this, ah, was stopping as this, ah, maneuver started to take place. Because I can remember somewhere along this that the, ah, RPM gauge was going down. But I can’t remember exactly when I noticed that. There was some—when the nose dropped there was some very violent maneuvers. I’ve never experienced anything quite like it. I don’t know exactly what happened there. And it didn’t take long. But it ended up in that inverted position going around, and I think it was going around clockwise ….

“After deciding to bail out and eventually parachuting to the ground, Dad wrote about his feelings concerning his impending fate: ‘I knew I was as good as dead and I also knew in my own mind that my death would not be a fast one but one of slow torture. . . .’

US Interrogator: When you got to the ground … you didn’t try to escape?

Powers: No, there was . .. while I was still lying there on the ground with the parachute dragging me, one man was helping me out of the parachute and the other was trying to help me up, and by the time I got on my feet and took the helmet off, there was a large group around.

US Interrogator: There was just no opportunity to even think of escaping?

Powers: And they had also taken this .22 pistol away from me before I had an opportunity to even think about it.

US Interrogator: You didn’t resist in any way?

Powers: No, I gave no active resistance.

US Interrogator: Why didn’t you resist?

Powers: Just too many people.

US Interrogator: Uh-huh. It just would have been foolhardy, in other words?

Powers: That’s what it seemed to me. It just seemed that … well, I’m alive right now I could try to escape, which I wanted to do. I was pretty much in shock at the time also, I don’t suppose I was thinking too clearly, but I was looking around, trying to see some way to escape or something to do, and all these people milling around. … It was just impossible to do anything, in my opinion.

“After concluding the interrogation, Harry Cordes and his colleague John Hughes, who represented the Defense Intelligence Agency, flew to Washington to brief a series of high-ranking officials, including Secretary of Defense Robert McNamara, who criticized the pilot’s decision to proceed after his autopilot malfunctioned. Cordes emerged as an important advocate for my father against the forces who doubted his story, especially John McCone (who was influenced by the National Security Agency report, which argued that the pilot ‘descended to a lower altitude and turned back in a broad curve toward Sverdlovsk before being downed’).

“Confronting the NSA report suggesting the pilot had descended below 30,000 feet before being shot down, Cordes shot holes in the theory by citing inaccurate data produced during similar incidents, including the loss of the RB-47 (the reconnaissance plane was lost on Jul. 1, 1960 while on a secret mission over the Arctic Ocean when it was shot down by the Soviets. Colonels John McKone and Bruce Olmstead, the only survivors of the RB-47 shoot-down, were imprisoned at Lubyanka at the same time as my father) ‘I had knowledge of the same intelligence information,’ he said, ‘but I believed Powers.’” 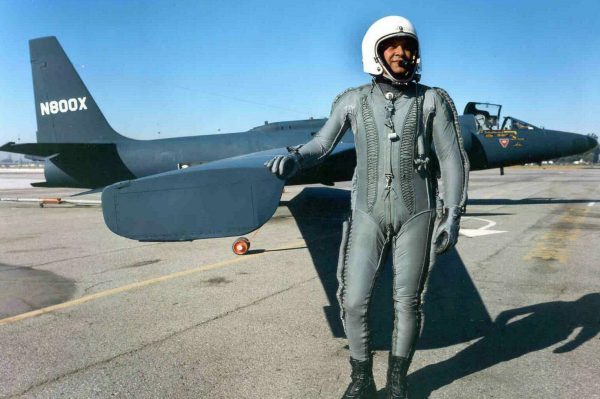 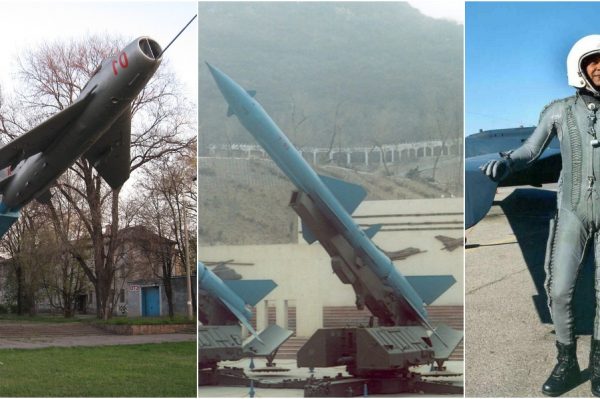 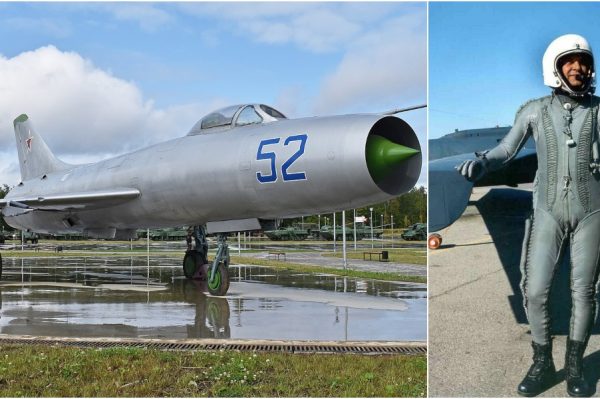