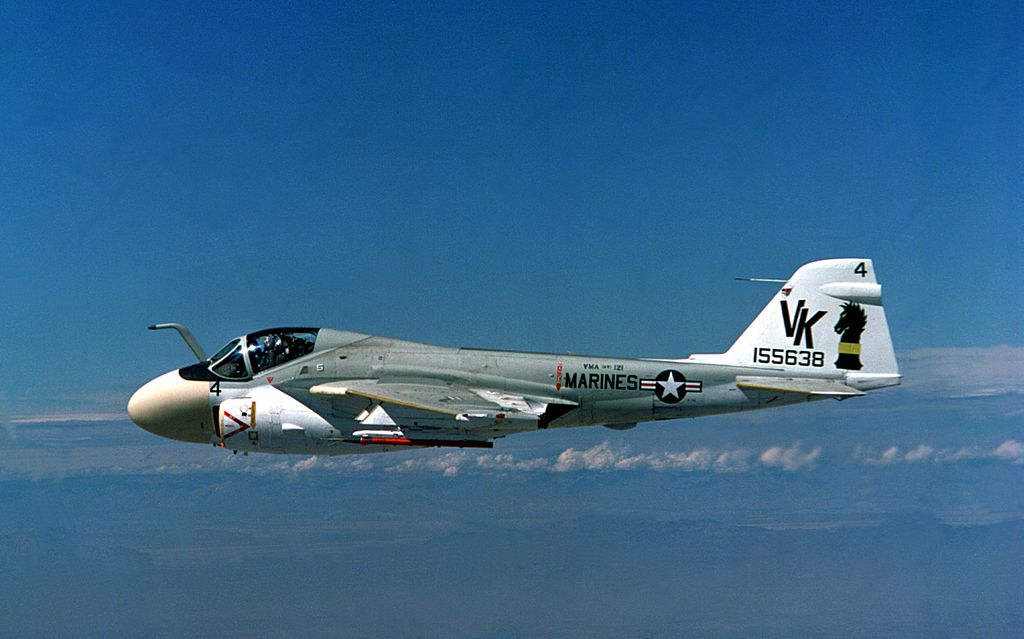 “During Operation Desert Storm the B-52s heavily involved in CAS missions flew ten-hour missions from Diego Garcia. None had the external racks they used in Vietnam. They carried only 56 500-lb bombs. Two A-6s did more damage than a B-52” Capt Tom Uryga, former USMC A-6 pilot

The Grumman A-6 Intruder was the ‘Main Battery’ of carrier aviation throughout the Vietnam War, and it remained in service with the US Navy and US Marine Corps (USMC) until 1996. Truly an all-weather, day/night precision bomber, the A-6 was still the most potent USMC strike aircraft during Operation Desert Storm (ODS) in 1991.

Capt Tom Uryga was a graduate of Eastern Washington University and he joined VMA(AW)-224 `Bengals’ in the early spring of 1990. Uryga was one of the USMC A-6 pilots involved in the early strikes of ODS;

`In the first part of the Gulf War we started out with deep strikes on Basra, Shaibah and Tallil. We’d use a mix [of ordnance], since the weather was shitty; 2000-lb LGBs and 2000-lb “steel nose cone”. We’d try to pickle the LGBs right in the middle of the basket. The first night of the war we came back with better BDA [Bomb Damage Assessment] than the F-117s had.

`My first mission was with a guy named Rob McCarthy, an RAF Exchange officer and Tornado navigator. He had absolutely no fear of death — he had flown in the airshow demo team for the Tornado where they do the 100-ft inverted near-supersonic pass. Nothing scared Rob.

`First night we flew, we’re heading into Iraq, and we’re heading into Shaibah airfield. This was the first time we had actually flown with the [navigation and formation] lights out and relied on the green formation lights instead – the lights on every jet were different. Some lights had burned out, which meant you couldn’t tell what was what. You thought you were rendezvousing on Battlestar Galactica because of all the different lights.

`Off to the left side, as we’re crossing the Gulf, you could see the SAM launches and AAA in Kuwait City – huge, holy shit, look at this stuff. Rob’s got his head in the boot, doing updates. We’re getting up there over the salt marshes, and little stuff – red tracers – was arcing below us, with bigger stuff, white tracers, reaching up higher to about 20,000 ft. Then you had some big AAA, big white bursts up at our altitude, but it was less frequent. I think the red stuff was ZSUs – it was disturbing enough, but you knew they weren’t all radar-guided because you didn’t have a lot of radar warning about everything.

`About this time Rob pulled his head out and said, in typical British fashion, “I say, Tom, it appears those blokes are shooting at us.” “No shit, Rob. Put your head back in the boot.”

As told by Rick Morgan in his book A-6 Intruder Units 1974-96, after weeks of deep strike and similar missions, on Feb. 20 Marine units switched to Battlefield Air Interdiction (BAI) as their primary role in preparation for the ground assault. Central to this mission was the use of ‘Kill Boxes’, which were grids set up via latitude and longitude where FACs, familiar with their assigned territory, would call in aircraft to strike Iraqi army units as they were located. The procedure became deadly effective and would help lead to the mass capitulation of enemy forces as they realised there was no escape from Allied air power.

Capt Uryga flew a number of BAI missions during the final days of Desert Storm;

`The B-52s [heavily involved in Kill Box operations] flew ten-hour missions from Diego Garcia. None had the external racks they used in Vietnam. They carried only 56 500-lb bombs. Two A-6s did more damage than a B-52. They just salvoed the the entire load in one pass. Their BDA pictures showed mile-long strips of closely spaced craters, usually laterally displaced from their targets [largely due to 100-knot high-altitude winds]. Carpet-bombing made a lot of noise but didn’t hit much.

‘The typical Hornet load was four or six Mk 82s or Rockeyes. Without tankers, they had about ten minutes of time-on-station [TOS] in Kuwait. They made one pass, dropped two bombs and then went feet wet to a tanker, gassed up, came in and dropped the rest, before going home and getting credit for two combat missions on one flight. Pretty cheesy way to earn air medals. No [Marine] A-6 ever saw a tanker, yet we had more than 40 minutes TOS, even in northern Kuwait.’

The Intruder’s outstanding endurance made it a firm favourite amongst the Marines fighting the war on the ground. One FAC attached to the infantry was an EA-6B NFO, who stated post-war; `Our first three choices for CAS aircraft were, No 1, the Intruder, No 2, the Intruder, and No 3, the Intruder. It had plenty of bombs and enough gas to stick around. The Hornets had less of each, and as for the Harriers, if we didn’t have a target ready for them when they checked in they almost always went right back to the tanker.’ 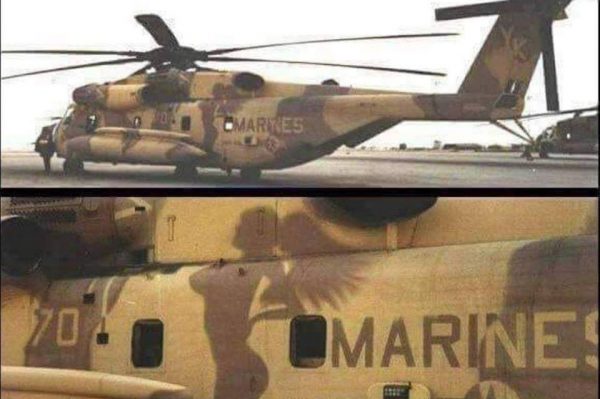