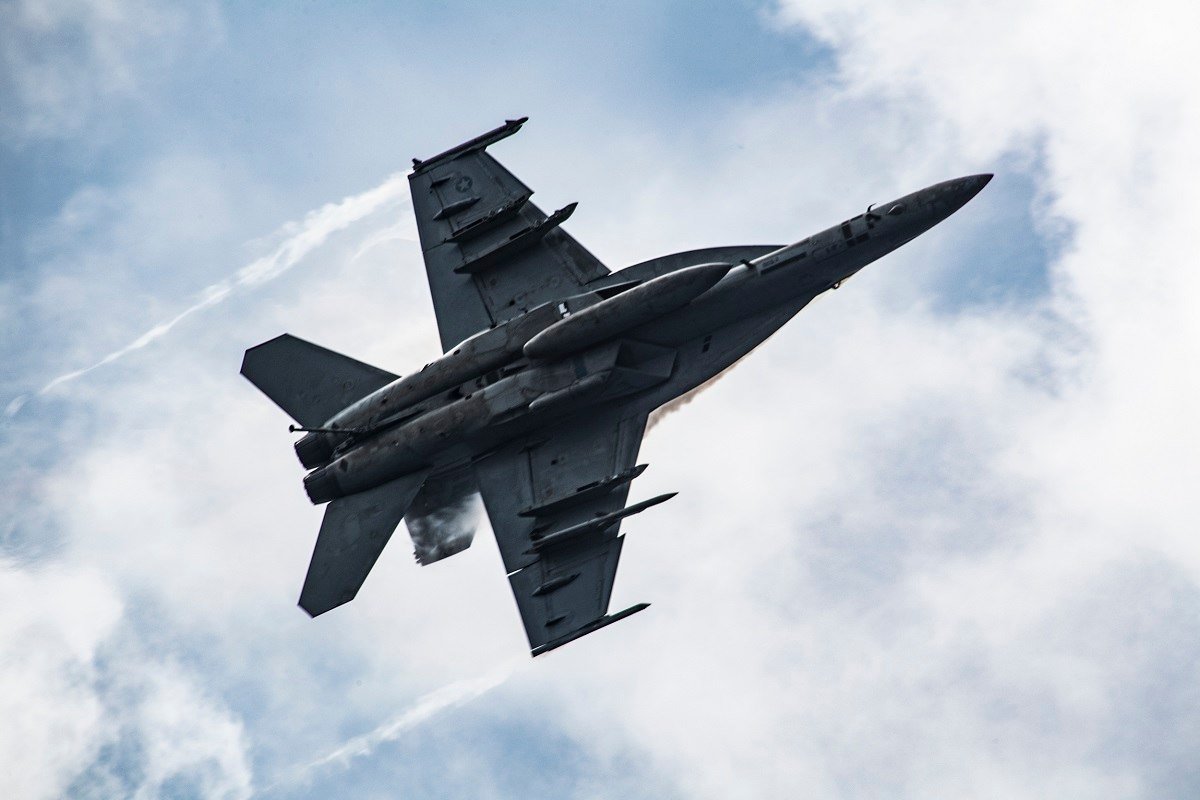 As the near end of the runway disappeared below the pointy nose of his Rhino, Slammer snapped to the left, one wing pointed straight at the earth, the other up to the heavens. Then he pulled back on the stick, quick yet smooth, grunting as speed and back-stick squatted the jet into a tight, seven-and-a-half G arc.

Slammer sliced through the crisp early morning air in a jet with his name stenciled on the side: LT Sam “Slammer” Richardson. For his last flight as a Navy fighter pilot instructor he’d finagled a spot on a dawn flight for his favorite dogfight hop, a 2 versus 1, where he was the lone bad guy. Now he was heading back for administrative chores on Earth. He felt his heartbeat slowing to normal as he peered from the cockpit at the Atlantic, watching as the color of the sea gradually melted from a deep turquoise blue a hundred miles off the coast of Virginia to a slate gray as he cruised closer to shore. The surface of the ocean was still and heavy, like slowly undulating molten lead. He had a little gas to play with so he gently tilted the stick on the F/A-18E Super Hornet—the Rhino, as the aircrew called it.

Some Rhinos had two seats but this variant had only one, and for once he was glad to be in the cockpit alone with his thoughts. He was going to miss his buddies. They had worked together for the past couple years as instructors at the Naval Air Station Oceana, and prior to that in their previous Fleet squadron for an action-packed three years. He felt a twinge of regret leaving them behind but he could feel the undeniable thirst building for the action of the Fleet. It was definitely time to rotate back into life at sea. To flying real missions, not training ones.

The plane banked responsively, turning toward the northern corner of the Carolinas, Kitty Hawk and Kill Devil Hill. As the pale strip of sandy shoreline marched closer, a line of snowy white puffies dotted the horizon looking like a hanging playground of cotton candy suspended a couple of thousand feet above the sailboats and rolling waves. Almost of its own volition, the Rhino climbed and banked, surfing the cloud tops, gently tearing off a piece of fluff with a wingtip as it rolled inverted, descending a few hundred feet in the blink of an eye, and rolled upright again. At times like these, when his hands transmitted his thoughts directly to the control surfaces without effort, Slammer felt like he was just along for the ride. The plane was an extension of his body; no conscious input was needed to roll inverted once more and fall, fall weightlessly until he recovered just above the waves. 100 feet above the water, 450 knots, there was no stress. No sweat beading on his brow, no abnormally high pulse, just a wide smile hidden behind his oxygen mask. While the world raced by just below, miles clicking away at an absurd pace, propelled by the explosive violence of combustion, he was at peace at the tip of the spear.

As the Rhino approached the shore and the confines of the Air Traffic Control system, the spell was broken and, like a horse headed for the barn, the Rhino climbed and pointed north over the Albermarle Sound toward the Naval Air Station Oceana. He approached the airfield, contacted the tower, and was cleared for the overhead pattern; no other traffic in the area. This was the perfect way to end his tenure with the training squadron, he thought, grinning. He maneuvered toward the runway at fifteen hundred feet, watching through the Virginia Pines the jam of cars carrying morning commuters, wondering if they were watching him. When he was three miles from the runway’s end he nudged the nose over slightly and cracked the afterburners, just a bit, igniting twin plumes of focused flame. The Rhino surged forward like a rocket, accelerating to 600 knots in a few beats of the heart as he leveled off just above the green blur of tree tops.

In a flash he was over the runway. “Roman Two-One, numbers,” he informed the tower.

“The pattern is yours, Roman.”

As the near end of the runway disappeared below the pointy nose of his jet, he snapped to the left, one wing pointed straight at the earth, the other up to the heavens. Then he pulled back on the stick, quick yet smooth, grunting as speed and back-stick squatted the jet into a tight, seven-and-a-half G arc. A moment later, the aerial u-turn complete, he rolled level racing at 300 knots in the opposite direction. He was a mile abeam the runway, smokin’ fast 800 feet above the grass. Just where he wanted to be. Now his pulse was up. He was alert, working hard but still having fun. At the moment the end of the runway flashed below his wing, he turned left again, pulling hard on the stick. As the speed dropped quickly he threw down the landing gear and moved the flap switch to FULL. With 90 degrees to go to line up with the runway, he was all set—decelerating nicely, gear down, flaps down.

“Roman Two-One, three down and locked,” he transmitted.

Rolling into the groove, two hundred feet off the ground on runway centerline, he scanned with a practiced eye and picked up the ball—the meatball—centered between the two rows of green reference lights, just where it should be. The meatball was the device adjacent the runway that beamed glide-slope information into the sky so the pilots could land precisely. Keeping the ball centered as the plane slowed to approach speed, he worked the throttles like a concert violinist, gently adding and withdrawing diesel to the turbines, feeling the plane as it slowed slightly or rose on a summer thermal, fighting the forces of entropy conspiring to push the ball from the middle where it was aligned with the green lights.

From the ground, if one stood just next to the meatball lens as it projected its glide-slope of orange light into the air, the Rhino would appear steady as a rock, locked in the same piece of sky and magically enlarging as it got closer. In the cockpit, the pilot would be working hard, hands and feet making hundreds of minute corrections, eyes scanning nonstop.

The groove lasts but fifteen to eighteen ticks of a clock’s second hand, about the time it takes to tie a shoe, but careers are made and lives are changed in that span. A few heartbeats later the wheels smashed onto the runway as Slammer and the Rhino left their natural environment. While the plane slowed, the computer-enhanced control surfaces twitched back and forth, like the wings of a primordial creature reluctantly realizing it was now firmly on the ground.

“Nice break,” came from the tower, and Slammer’s grin widened as he taxied off the runway, popping one of the fittings holding his oxygen mask so it now dangled jauntily from one side. 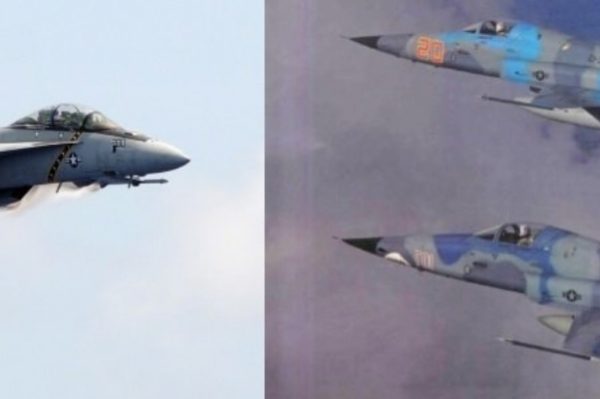 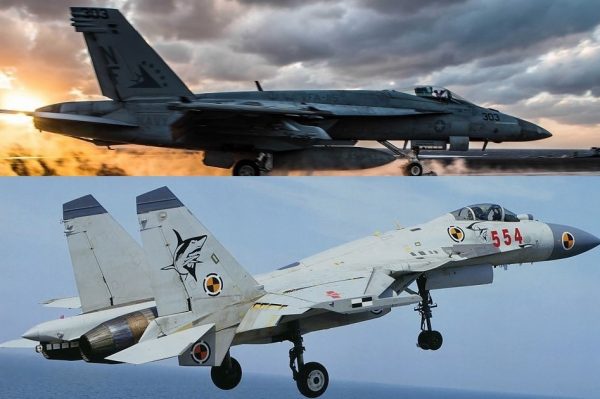 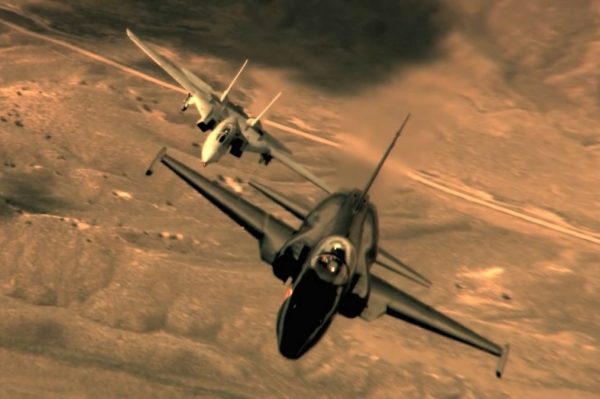